Description Of Issue
Sometimes crashes with burst of noise when tapping selection to commence play while playing something else. Roon then refuses to play anything until complete power down and back up, any attempt just advances to next track until end of playlist. Restarting Roon only from ROCK webpage leads to Roon losing Meridian Explorer2 audio device definition which does not recover until hard power down and back up.

Uncertain, but may be related to change in sample size/rate, have noticed brief burst of noise between tracks on mixed playlist. 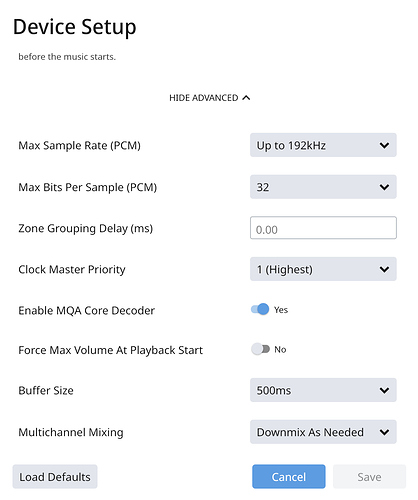 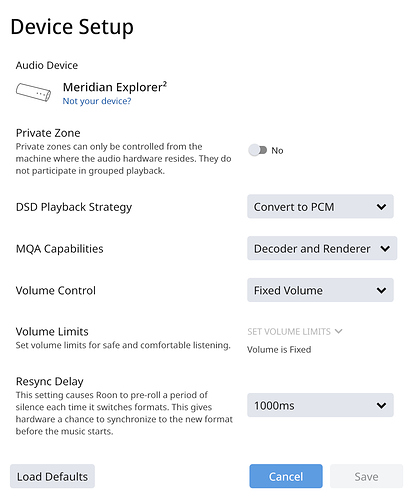 By “crashes” do you mean to say that the music just stops playing or that the Roon app on your remote controlling ROCK quits as well?

The Roon app on the iPad always stays up. When I say crash I mean brief (sub-second) burst of ugly static, then silence. Roon app shows skip to the next track immediately followed by skip to the next track after that and so on to the end of the queue. Nothing will play again until ROCK itself is powered down and back up. Have tried restarting Roon Core software via web interface without hardware power cycle, but that never works.

Thanks for clarifying the issue. Please let me know the answer to the other questions I requested above so I have a better understanding if this is a Core or an endpoint issue:

Thanks I’ll look into setting that up today. Right now I have only one zone set up. Pretty confident that Meridian has latest firmware but will confirm that as well.