Perplexed - I want to hide

I have searched this issue on the forum and can see that others have had issues with it - and some have been resolved, I tried all the methods suggested and can’t fix it

So , I removed from my Hard drive and re - ripped it , it still did not appear - so I renamed that too

Tempted to give up , unless anyone has any Ideas

Hi @Ray_Thomas, I’ve had one or two similar issues on occasion, but I’ve usually solved them via trial and error. I’ve taken the liberty of moving your post to the support section as then they’ll see it and be able to help.

Thanks Killdozer - I have tried to fix it , but sometimes I feel like I’m wasting far too much time on stiff like this 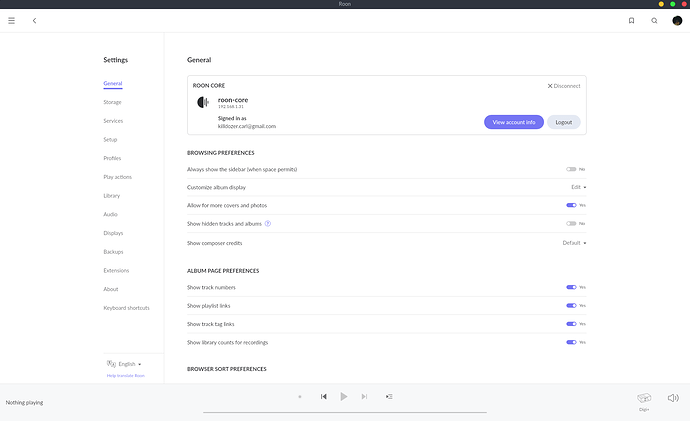 One thought @Ray_Thomas, have you tried telling Roon to show hidden tracks and albums on the settings page, see under BROWSING PREFERENCES on attached screenshot. Might make a resolution easier at least.

This may work for you. Pretty much you need to start again.

Excellent - that worked
Many thanks for the great tip
Ray