The display is incorrect in Roon (shown below) and is also incorrect (meaning the actual data is wrong for most tracks) on most sites: 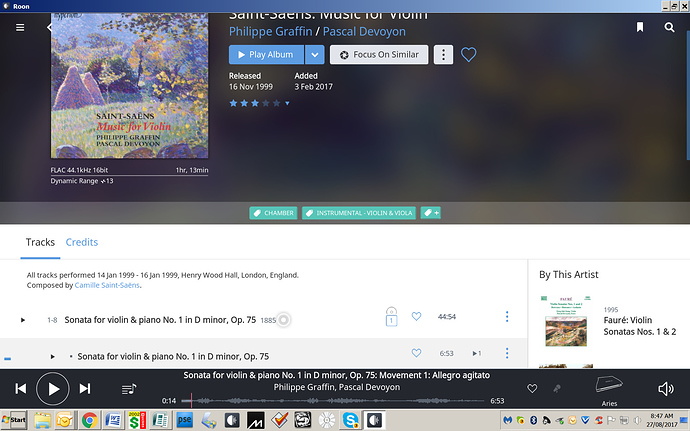 image.jpg1920×1200 475 KB
I eventually located a correct display of tracks at https://itunes.apple.com/mt/album/saint-saens-music-for-violin/id571761375
All tracks were laboriously edited and saved yet the old display remains!!!

However, if you play the album, the correct track data is shown as you can see at the bottom of the above screen shot. I rebooted Roon but the old, incorrect track display is still there.

Am I missing something or ???

LATER:
I located this album in the Meridian Sooloos system (where the tracks were displaying correctly) so deleted it from Roon and downloaded it in again from Sooloos.

But all the tracks are changed by Roon and are again incorrect: 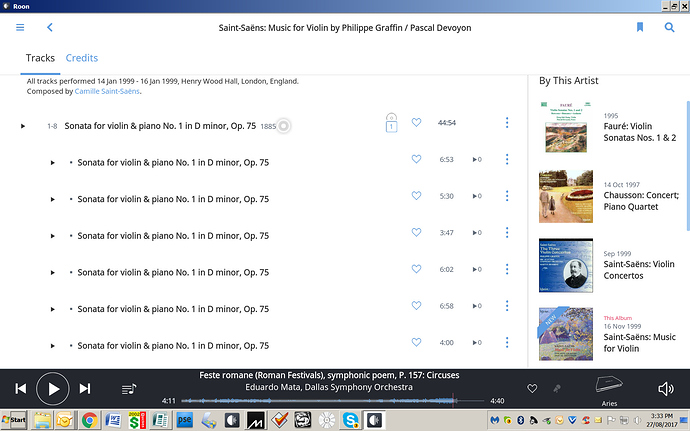 Yet it one goes to edit the track one sees this with the track correctly named with a tick beside it,. 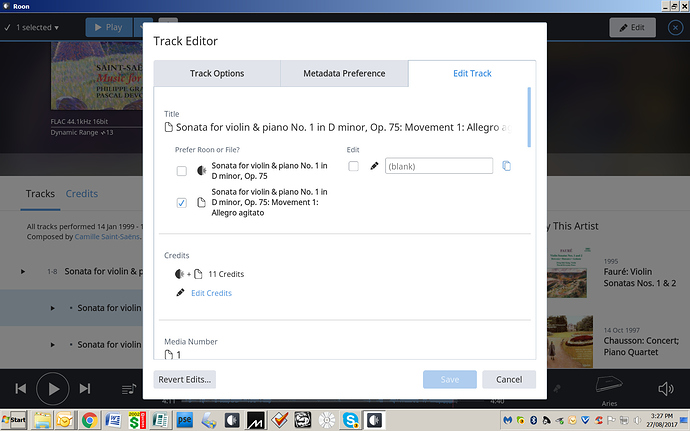 What is going on?

And I just checked the track files in Windows Explorer and they are correctly named. So why is Roon corrupting them and displaying this incorrect data. It is looking more and more like a bug in Roon!

Roon isn’t “corrupting” anything, nor is there a bug here. This is a simple case of (very) bad metadata from Rovi, which you can see here on the allmusic.com site (which also uses Rovi metadata).

Unfortunately, it’s a fact that manual database entry (Rovi, MusicBrainz, Discogs, etc.) incurs, on average, an error rate of 1% of records with bad data; and it can be a lot higher if the person entering the data doesn’t know what they are doing. With a large library, you are guaranteed to encounter some of these errors.

Sometimes it’s easy to clean up a track name. Sometimes it’s harder if Roon has identified a track as part of a performance of a composition. Are you aware that you can correct composition/work and movement/part listings using the WORK and PART file tags?

I think that you need to understand that there is a fundamental difference between track track titles and composition part names. In this case, you are seeing incorrect part names associated with a performance of a composition; and it’s just bad metadata, nothing more.

I will ask Rovi to take a look at the metadata for this release.

I realised that other metadata sites were also wrong but thought it was possible to correct but obviouisly not.

If you can hold off on this one, it will probably be fixed within a week.