I noticed that when viewing multi-disc sets, when using the large blue play bar next to the album view, it always plays the first track in the disc set, vs the disc one is actually looking at. So for example, if I’m viewing the disc three track listings, push the universal play bar, it ends up starting with disc 1. Not a problem to use the track “Play from here” function, but took me a bit to figure out why always starting from the beginning. Could be cleaned up imo.

The iOs app has a Play Disc option for multiple disc sets. I have no idea why this isn’t also a feature on my Windows 10 roon app. As Charles_Peterson says, this should be fixed. @support

When viewing Multi-Disc albums, once you’ve selected an album you should see a Play icon next to that disc. You can click this to get playback options and select Play. Once you do this it’ll start playback of that specific disc. 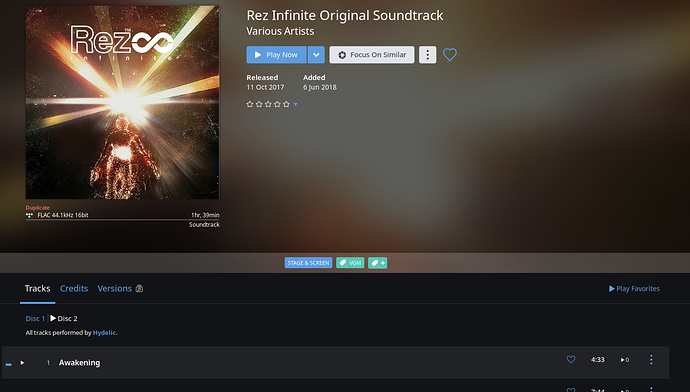 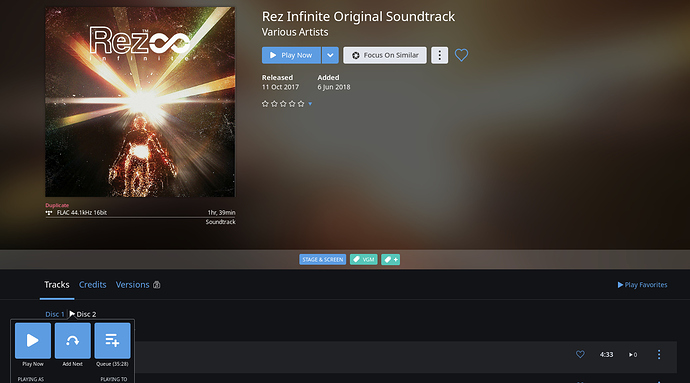 Ah, okay. But it makes sense that if one has a disc highlighted, that if you use the big Play Now button next to the lp cover, that it would play the highlighted disc, not the first disc in the group.

Does it? It seems to me that the big Play button next to the album cover always (and should) mean the collection as a whole. Rather like a book - it means start at the beginning. If you want to skip to reading a chapter, then highlight the disc (chapter) and use the play icon by the disc number (chapter heading).

I guess you’re correct in that. I’m just of the “Roon has too many clicks to get anywhere” camp. But I can live with this as long as they get rid of the eight clicks to delete a virtual streaming album from the library!