When it works, it’s great. This might be running for hours without an issue.
And then suddenly I can’t play more than 15 sec of a song and then it’s skipping to the next one. Doesn’t matter the format, DSD, Flac or mp3.
Is there a way (log?) to determine where the problem is coming from? I’m losing my mind.
I believe that the server is properly configured
/app -> /mnt/user/appdata/
/appdata -> /mnt/user/appdata
/music -> /mnt/user/music
/backup -> /mnt/user/isos/Roon Backup

So where is the weak point? Everything is wired. Could be the network but why suddenly and I don’t know what setting I could change to any of the 2 routers. (Mac mini is connected to the main router and the Unraid tower is connected to the other in AP mode, both have static IPs). Unraid dashboard says that the Eth0 has outbound of 13 Mbps when I stream.

Thanks for any help.

Welcome to the forum! When this issue occurs, do you other zones continue to work as expected or is it just the Sabaj zone that is impacted by this issue? For example - if you try to start output to the “System Output” zone (the Core’s internal speakers), does that work as expected?

I tried on another Mac mini on the same network. At first it was fine but eventually the same track continued to skip. It would appear that the sample rate conversion might be the cause. I’m upsampling everything to 192 as my convolution filters were created for this rate. If it is indeed the culprit, is there a way for the server to perform the sample rate conversion instead of the client?

The server always does the upsampling before it sends it to the client. If you look at your signal path you will see this.

What is the processing speed shown in your Signal Path?

Is it above a 1.2x or so with all of your DSP turned on? If there is no indicator that is actually a good thing, but if you are dropping close or below 1x, you are taxing your Core too much with DSP operations.

What happens if you disable Convolution but leave the Sample Rate Conversion enabled?

Without sample rate conversion, I do not see any processing speed. If I turn it on, it says between 23x and 24x. I played all morning without sample rate conversion. I turned it on and within 2 songs, it started to skip. So it might be the problem. I don’t know because sometimes I do get it to work for a good while.
It varies. But I would think that the sever processor is more than enough, no?

If I turn it on, it says between 23x and 24x. I played all morning without sample rate conversion. I turned it on and within 2 songs, it started to skip. So it might be the problem.

23-24x is not bad, so there might be something else going on. What happens if you play a native 192kHz file with sample rate off? Do you have the same issue?

If you need a few sample tracks, you can grab a few from the 2L Test Bench (right-click on the file size -> save as). 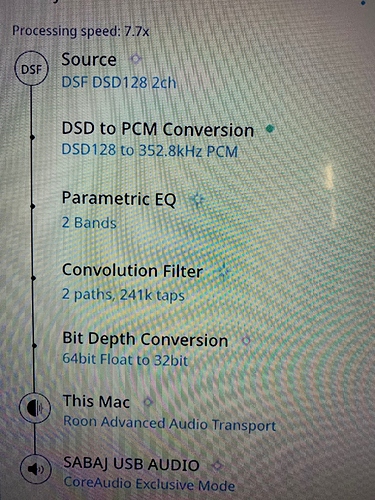 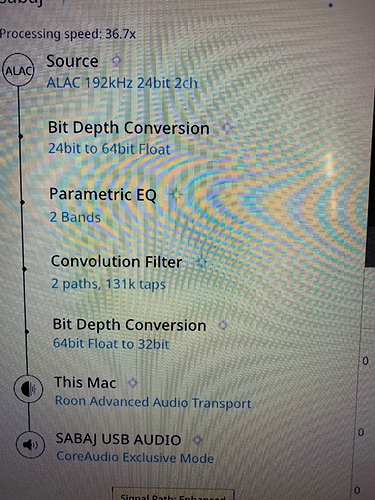 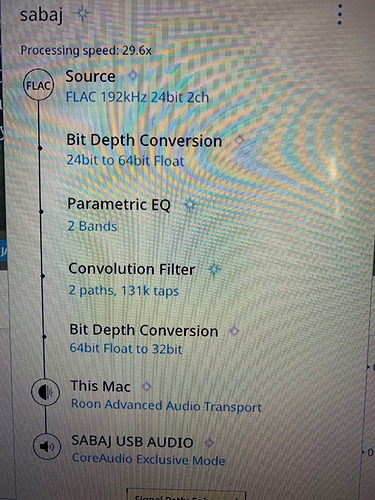 o playing a native 192 track has processing speed of 29x to 39x. One track just skipped.

I would test this further on native 192 tracks, perhaps the DAC can’t properly handle 192 tracks at times?

Sounds like a plan, do let me know how it goes!