Problem adding 2 tracks ripped from a CD, when all others seem OK

I am using Media Monkey to rip my CDs onto the drive attached to the ROCK. This has been going well, but there is one CD in particular that is giving me problems. Robert Johnson, The Complete Recordings, is a 2CD set. There are multiple versions of the same song in some cases. Media Monkey had an issue with having 2 tracks with the same name, in that it was setup to name the files based on the track name. I edited the track names in Media Monkey to append (version 1) and (version 2), etc, to differentiate them. I also used Media Monkey to update the metadata with disc 1 and 2, as appropriate. This seems to have worked well for most tracks, but for some reason the first two tracks on the first CD {Kindhearted Woman Blues) are not recognised by ROON. I tried deleting them and re-ripping them. When I did this, the spinning circle indicated ROON recognized a new addition to the folder…but still did not appear in the album listing. I searched for Robert Johnson, thinking they would show up somewhere else…but they did not. I searched for the album name - same thing. I searched for the track name - other versions showed up, but not this one. I tried a forced re-scan of the whole library - still not showing up.

I re-booted the ROCK hardware as a lost resort - still no joy.

Any suggestions as to how I can get ROON to recognize these flac files and add them to the catalog?

Can you please upload the problematic album to Dropbox / Google Drive / ect. and private message me a link (click my name -> message)? If you don’t have any file transfer services, just let me know and I can provide one.

Thanks again for sending those files over.
I tried to import them on my end and I am not seeing any issues with the tracks you noted: 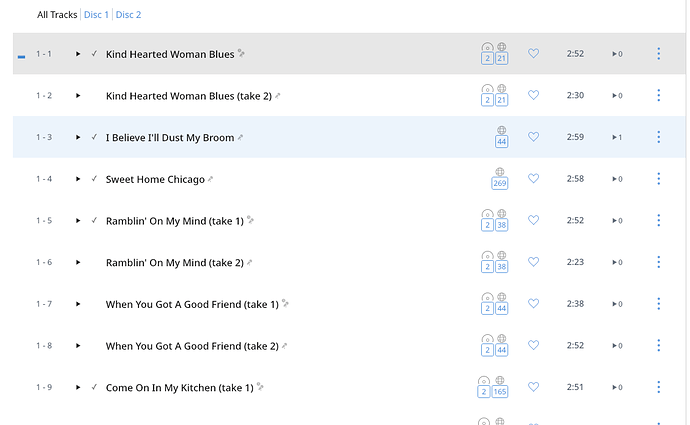 Are you by any chance looking at the incorrect version of this album? You can click on the Versions tab if you have multiple in your library.

I have 3 versions – flac, mp3, and Tidal. As shown below, the mp3 and Tidal versions all have 41 tracks, the flac only 39. The mysterious 2 tracks I can’t seem to include. 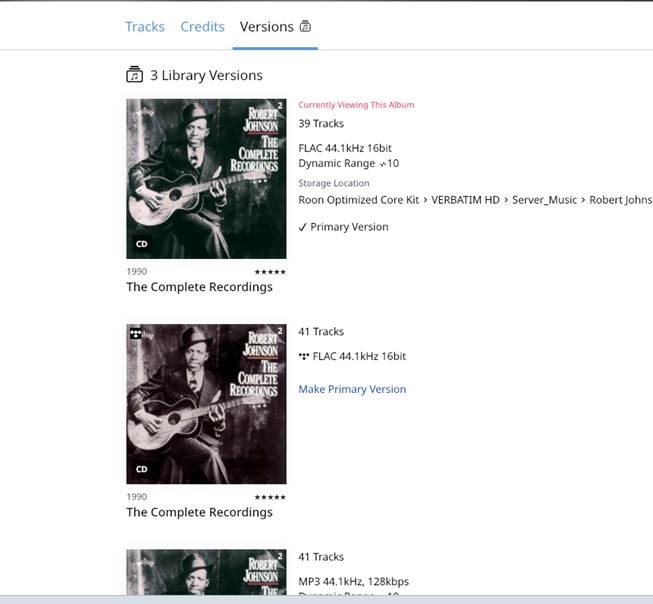 The folder does have all 41 flac files as per snip below: 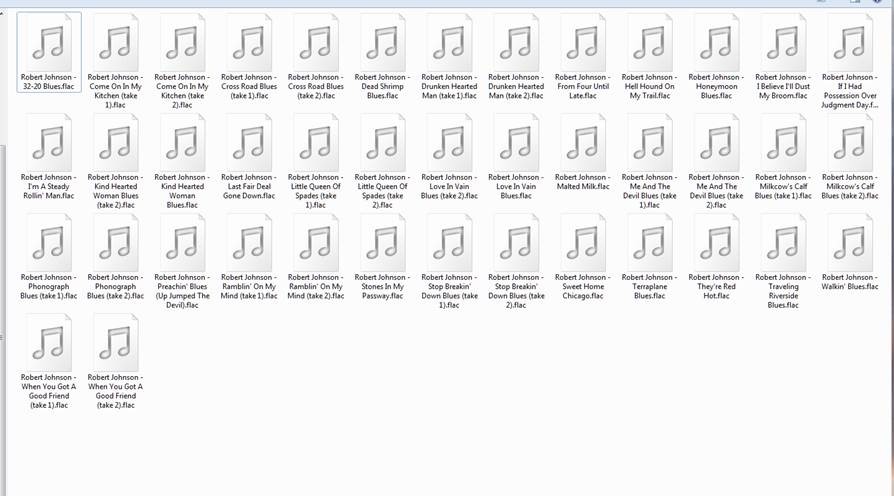 files894×496 65.3 KB
I just tried removing all 41 flac files, then recopying them to the same folder. Roon recognised they had been removed, and deleted the album. When I copied them back, the album was re-created…with only 39 tracks. Still the 2 missing.

Yes, I have a suggestion…rip the files with track numbers as part of the file name. Look here: 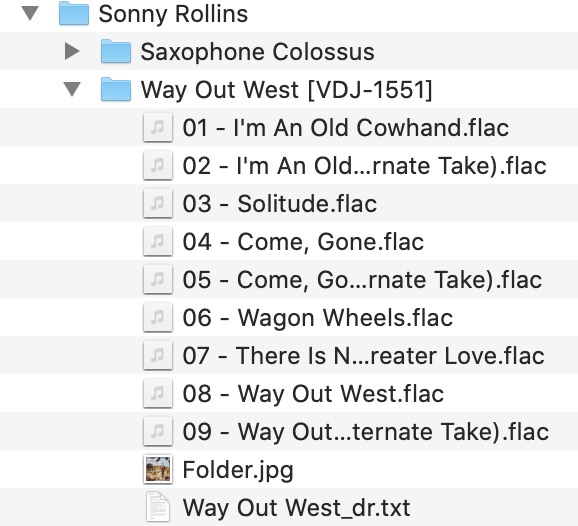 Agree. I always rip my CDs with track numbers included at the beginning of the file name, with at least two digits (01, 02, etc.). This is valuable when the same album has two tracks with same title. I just looked at my version of this Robert Johnson 2 disk album and it shows up OK in Roon. It doesn’t appear that there are two tracks with same name if titled correctly (i.e., the addition of “take 2” or “alternative” etc. This may not be your issue, as the metadata should take precedence over your file names themselves, but it is probably a best practice to include track number in file name. I use separate subdirectories for multiple disk albums, but some use one directory and file names that include disk (1.01, 1.02, 2.01, 2.02, etc.)

p.s. You don’t need to rerip, just rename. Easy to do in batch mode using mp3tag.exe (it deals with virtually all codecs, not just mp3).

Thanks All; I re-ripped the CD with track numbers in the file names - this got alternate version of Kind Hearted Woman Blues, but not the first version. Turns out, for some reason, this one track was being identified as in a different album! I merged the two, and voila - now I have a complete 2 disc set! Thanks for your help.

Happy to hear you sorted this one out! If you run into any further difficulties, please feel free to let us know!