I’m having a problem with using Identify Album. Even after I think I’ve found a match and clicked on it, I get a “Lets make sure everything is in order” screen that seems to indicate there are a lot of problems with matching the metadata. Either: 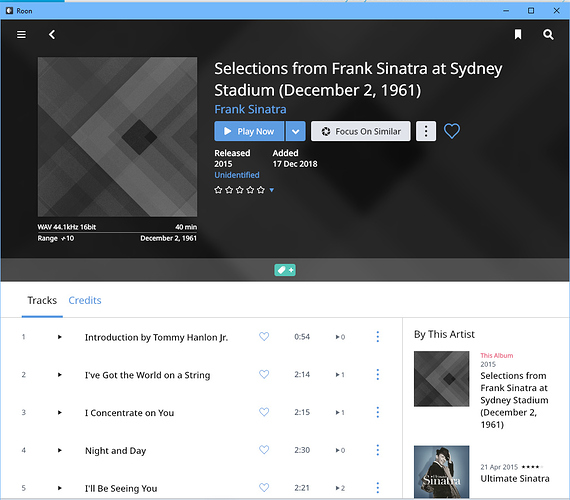 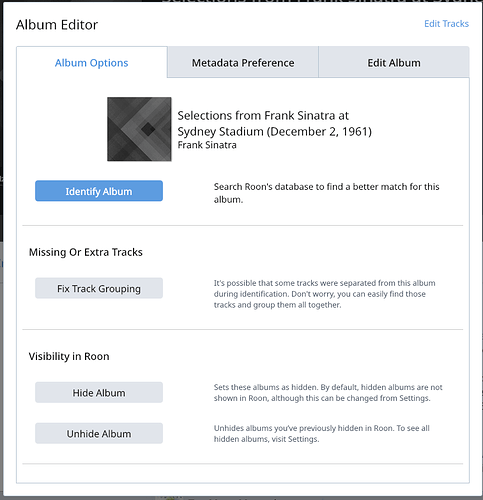 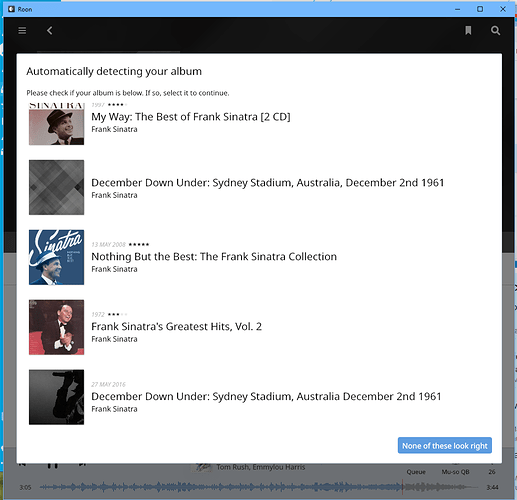 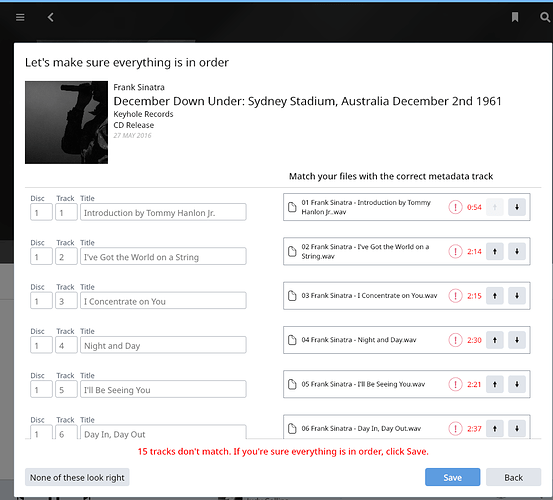 That last screenshot is indicating that Roon’s metadata does not have track times, but that the titles appear to be OK. In my experience, it’s safe to Save for this type of occurrence.

This is expected since we do not have track times for the album in our data to match with so you can double check to make sure that everything looks correct. We appreciate the feedback!

Thanks for the info. An enhanced FAQ for using Identify Album would help a lot, though I realize you already have plenty to work on.

Thanks, I’ll do that. I appreciate the info. It’s pretty hard to tell what’s going on with that screen.