Problem with one CD title

I’m having a problem with one title in my Roon Library. It is ‘Stage’ by David Bowie and it is a two-disc set. Roon will recognize the first disc and display it. However, the entirety of disc two’s content, will not display in the Roon interface. Thanks for any assistance. 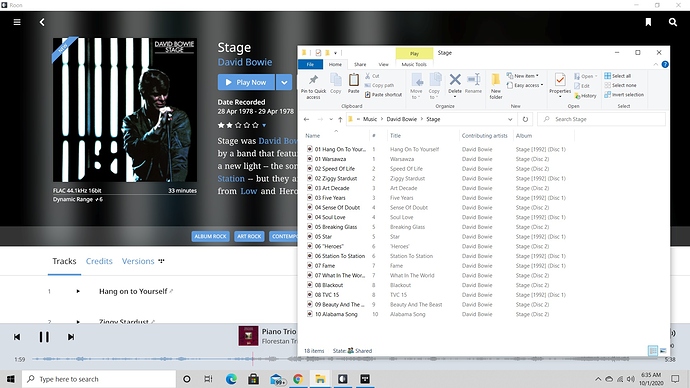 You could start by checking whether you have left undesirable characters in the file name of one or more tracks in the disc concerned. For instance, try and remove the double quotes.

Maybe also check the Disc # Tag is set to 1 and 2, it’s not uncommon to have the disc number missing