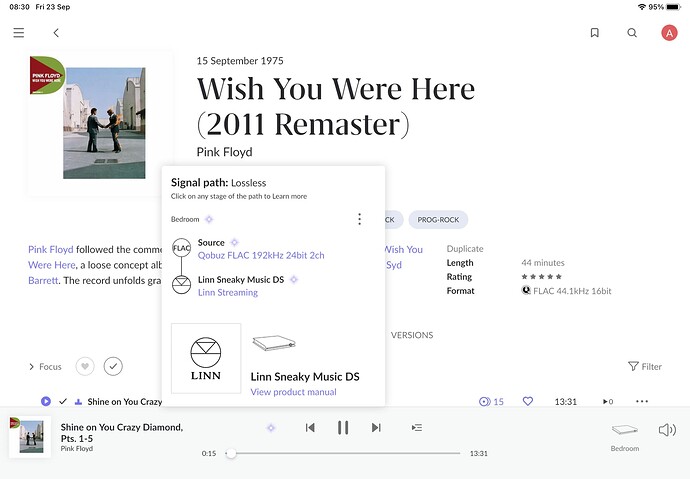 Perhaps try Edit → Re-Identify. If that doesn’t work, try removing the album from your library and re-adding it.

Thanks for this. I removed and re added already also searched another 192/24 album in qobuz and just added and it has the same issue. Only seems to be 192/24 albums though.

What about the Re-Identify?

Edit: the problem is that for some albums, Qobuz changed the format, but kept the same id…

The rescan does seem to fix it. Thanks. However it would be good if Roon could fix this so it is right first time.

Thanks for confirming Andrew.