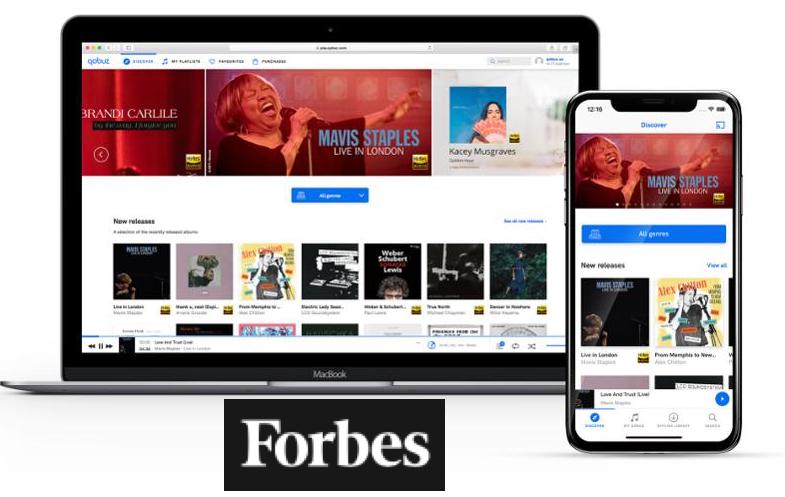 Qobuz has entered into a financial and industrial partnership with Québecor to launch QUB musique, a music streaming platform.

Can you only subscribe to Qub when you live in Quebec? It is beautiful but I’d probably not move just for this purpose

that’s right Qobuz + Quebec… Qobuz is now partially owned by Quebecor. They are a huge vertically integrated content company. In Quebec they own distribution, rights, publishing, venues, retail …the works.

Anyone in Canada can subscribe but it seems the only thing that is “shared” between Qobuz and QUB is the database of tracks… They each have their own interface and integration. So QUB is not Qobuz in Canada but QUB is preventing Qobuz from coming into Canada.

No sure what you are referring to. Maple Syrup is worth talking about though.

It is my understanding that they have access to the Qobuz content. How they present that is there’s to decide of course. I have asked Qobuz and QUB why Qobuz is not in Canada… never any other response than we are negotiating and coming soon… which of course is fiction.

IMO, Qobuz will not come to Canada with this QUB deal.

Don’t believe they have access to Qobuz content. My guess is that it’s a question of rights.

you may be partially right Norman in terms of specific recordings however the crux of the matter is
QUB represents a “partnership deal” with Canada for Qobuz. In terms of the Qobuz bottom line then, they are already “in” Canada. And there is no way Quebecor built their own 70 million track library! That I am sure of! PK Pelardeau is way too much of a tightwad for that kind of investment…

I live in Canada and would be the first to subscribe if I thought they have Qobuz content and will investigate.

Of course not. The “look” and feel is entirely different. No reference to bit rate or quality anywhere. They own the SUN newspaper chain! what do you expect ; … QUB is aimed at “Monsieur et Madame tout le monde” (as we would say in Quebec) Quebecor probably got into this because of their other Quebec music interests… They are the largest distribution and retail for music in the province as well as a local record label and publisher so it makes sense… My point is that the Quebecor investment in Qobuz is keeping the Qobuz stand alone product from truly being in Canada. There is no doubt that most actual master (or submaster) digital copies they have come from Qobuz but that is of no consequence since this QUB product is not built for Roon integration at all.

Qub content is traditional streaming platform content
The partnership is simply that qobuz made it easier for quebecor to work on the settlement of rights and “mechanics”, which made it possible to launch faster
The Qobuz sound quality (streaming 24-96 or even 192) remains unique in the world

yeah, that makes sense. But the vast majority of Qobuz content is also 16/44 or 24/44 which is the same for this platform. Only a small % of Qobuz is Hi Res. Obviously not an issue for QUB.
QUB is obviously aimed at the typical Spotify listener in Quebec so that much of the Select Distribution catalogue can be “recommended” to the listener which Quebecor also owns … Music - Québecor .

Qobuz streams a large amount of content that is hi-res [24 bit] including some as high as 352 k. QUB is not for audiophiles; it’s targeting the local Francophone market as are Quebecor’s media properties in radio, tv, cable and newspapers

@Michael_Giunta , I can tell you for certain Canada will have Qobuz. Soon.

Must have struck a nerve with someone…………

I am not sure how you know that Mr Small but my experience in this small music industry in Canada would suggest otherwise. I’d love to be proved wrong.