About a week ago I updated a thread about Qobuz content disappearing from my library. Raising this here as a new post because I haven’t seen any updates, and Qobuz is still (mainly) gone after multiple restores.

The new recovery behaviour that I’m seeing is the strangest… and appears to be repeatable after library restore:

Please can somebody help me?

Qobuz albums have disappeared from my library

This was some very fishy Focus behaviour before restore: 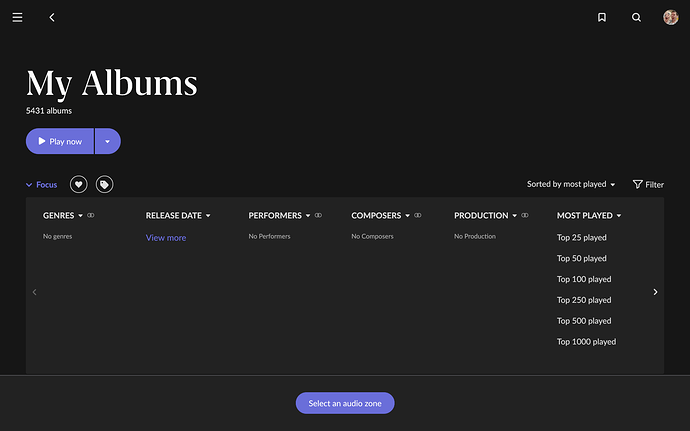 And this is afterwards, still only 3 Qobuz albums- all added in last 24hrs. This is down from very very many more! 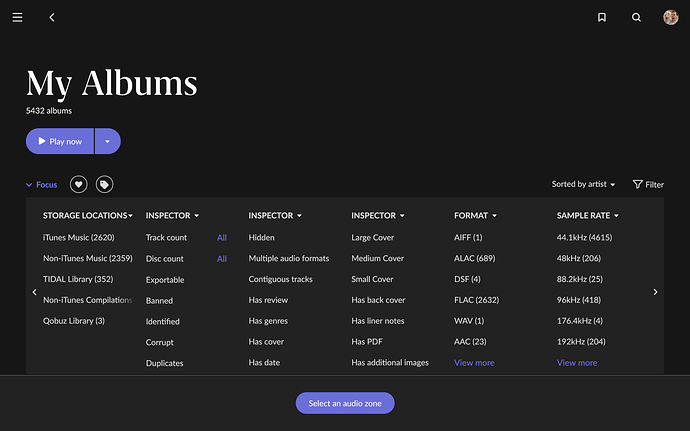 My Qobuz Release favourites are still appearing in their apps. I tried disabling and enabling Qobuz in Service Settings, but no change. 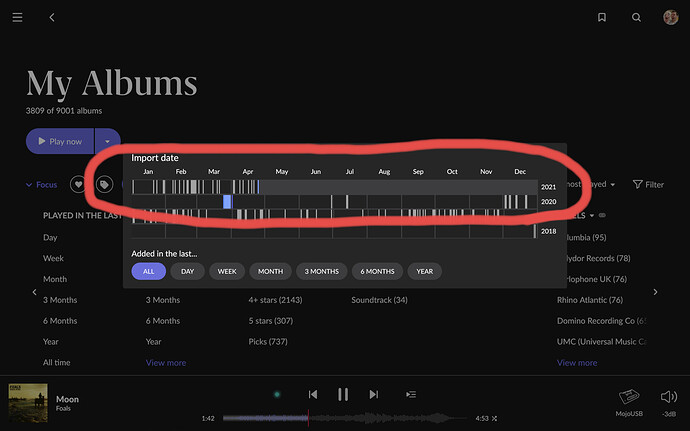 All Qobuz albums added since April 2020 have disappeared.

Then ROCK found them again - a long slow recovery which ran for several hours. Little NUC fan sounded like it was set for take-off!

Now it has lost them again. Same set of albums, the ones added since April 2020.

I have raised this issue here, and reraised it on my original Support thread over a week ago , but still no replies!

@Jack_O_Donoghue - sorry for the delay, but the Support queue is longer than usual at the moment.

While we’re waiting for a member of the Support team to show up, could you please give more details of your network setup including the networking gear model/manufacturer, and whether you are using your ISP’s DNS service, or an alternative such as Google or Cloudflare. Thanks.

PS, now that you’ve opened a Support request here in this new thread, to avoid confusion, I’ll delete your recent posts that were appended to an old Support thread that was resolved at the end of January.

Would you kindly use the directions found here and send us over a set of logs using a shared Dropbox link (or any other file sharing service)? Thanks!

Logs are attached as at today.

I rebooted ROCK this morning, after all-but-3 recent Qobuz albums had disappeared.
Repetition of the ‘albums reappearing’ behaviour after the reboot - same group gradually returned, limited to same ‘date added’ period up to end of April 2020 only. The gradual disappearance down to ‘no Qobuz albums’ should be traceable in the earlier Logs. 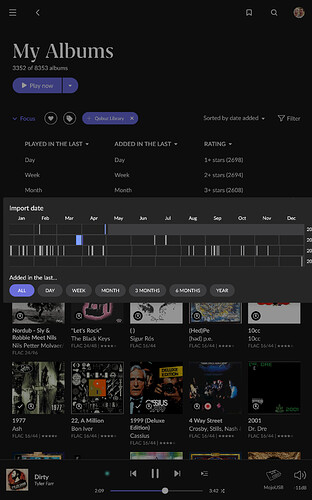 If my recent experience is repeated I anticipate that, left alone for a while, ROCK will decide to re-disappear all of the Qobuz albums - so the turning-off-and-on-again isn’t helping (even for that subset of albums that do reappear briefly!)

@Geoff_Coupe- I’ve edited Network section in my earlier post. Hope this is helpful but should note no changes to my network config in past year.

Thanks, @Jack_O_Donoghue — I’ve passed this along to the QA team to investigate. We’ll be in touch soon!

Has the team had any luck with discovering what caused this?

A post was split to a new topic: Library tracks are disappearing