So I have have a Tidal HiFi subscription and a Quboz premier trial. Love using Roon radio to take over after I finish a album. So my DAC(Oppo 105) does not process MQA. So under the two examples: 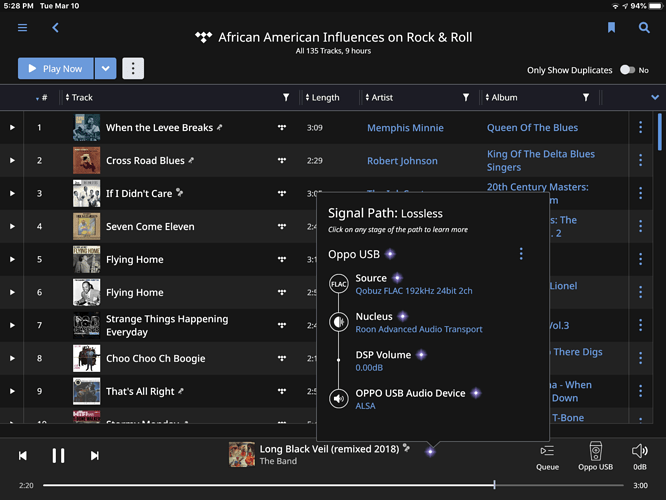 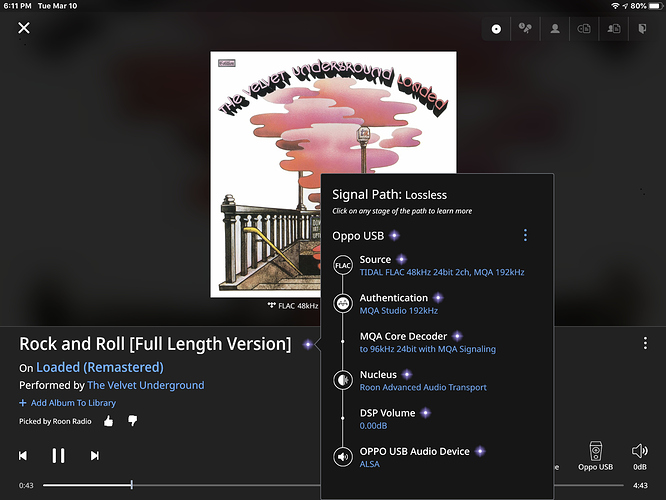 Also I noticed using Roon radio , ~75 of the files played are from Quboz. Is that just a coincidence?

The Roon software does the first MQA “unfold” from 48 to 96. That’s all you get without a fully compatible MQA DAC. Your DAC will play 24/192 files from Qobuz. I suggest you switch to Qobuz if you’re not going to purchase an MQA DAC That is, unless Qobuz doesn’t have the music you like to stream.

@Jim_F. Thanks. Pretty much what I was thinking. I do like the mixes on Tidal. But, if I’m constantly getting better quality with Quboz. I might down grade the Tidal from HiFi family to premium, and just get a individual Quboz premier for myself, as long as Roon consistently picks the better files from Quboz.

I will probably drop Tidal, although I have two MQA DAC’s, and keep Qobuz. Don’t need both and Qobuz is only $12.50 per month paid annually.

Yea. But just weaned my family off Apple Music. Need a family plan for my kids.

I’ve got both services right now. I’d like to trim it down to just one, preferably Qobuz. Tidal has had a somewhat better selection of music that I like. But I’m now very closely watching what is on Tidal that I can’t get on Qobuz. I really don’t want to miss good new music, but I’m not crazy about paying what amounts to ~15 albums worth of music a year for that protection.
Most new music recommendations come via Roon, either from features or what people recommend. So it’s easy to keep track of Qobuz’s capabilities.
I should also add that I can’t hear a difference between MQA and 24-bit music from Qobuz.

Everytime I want to add an album to Roon, I click on Versions and add the highest resolution from both Tidal and Qobuz. I have all my albums from both services, 600 from each. 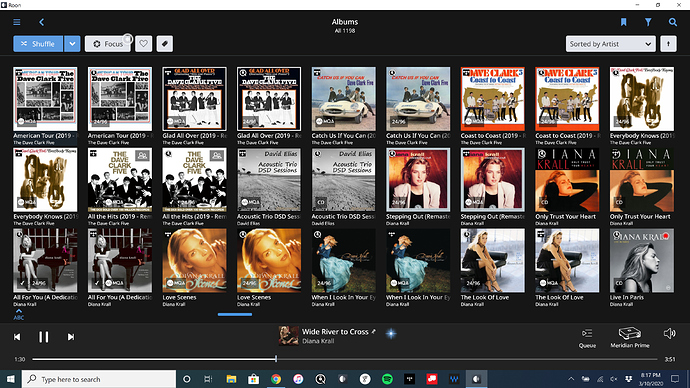 Also, I can use free SongShift to send my albums from Tidal or Qobuz to Apple Music, but don’t need to send both.

Does Roon pick Tidal MQA over over Qobuz 24/192? I don’t have Qobuz to experiment.

For me, I pick the one I want to hear. Once it finishes and plays Roon Radio, I don’t pay any attention to which it picks, so IDK. If I like it and want to add it as an album, I click on versions and add the highest resolution from both Tidal and Qobuz. If I don’t want to add it, then it doesn’t matter to me which it picks. I always listen to full albums, so I’m not bouncing around from song to song.

Is there a way to prevent Roon from playing any MQA files and stick to “normal” versions of a given recording?

MQA is normal if you use Tidal. If you don’t want MQA, use Qobuz.

Thanks for the clarification. What about setting a preference to Qobuz for a given recording and only using Tidal as a fallback option?

If you have two of the same album in your library, you can set which is the primary.

Ok, but this is a manual user action per album, right? I was thinking something more like a global option.

Yes, manual. I don’t know if there is a global setting or not. I’ve never seen one if there is. It might automatically choose the first one you download as primary, IDK, but you can change it. I don’t really worry about it because I always choose which I want to listen to.