With ROCK, when I would add a new album, it’s take up the left most spot on the home page as “recent activity”. When I’d add another album, the new album would be the one on the left, and the other one next to that etc.

However, with this server, Roon doesn’t care about what time it was added, only the date. If I add a new album, it’ll be added seemingly random (but maybe it’s by alphabetical order). If I added a few albums, I might never see it on the home page. This confused me, because I thought Roon was not seeing my files/albums, until I noticed it’s there, just not in the spot I expected it to be.

In the example below the Bassnectar album was added after the Atari albums (so it should be in the left most spot). 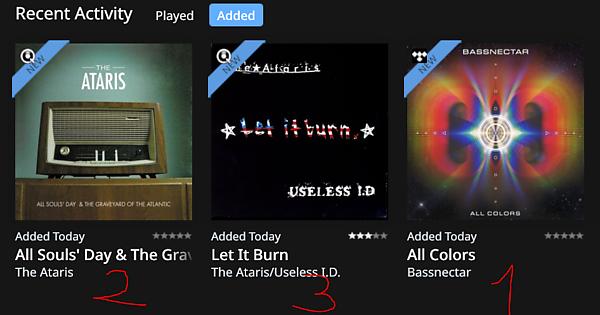