This mostly works great, but sometimes I get dropouts when playing files.

On the Cisco side everything looks fine, no packet drops or input/output errors. However, the Cisco switch is routinely receiving Ethernet Flowcontrol pause frames from the Netgear. This indicates that the Netgear is telling the Cisco switch that it is oversubscribed and to slow down. This seems strange because at the time of the problem, nothing else plugged into the Netgear is doing anything much.

Roon core is on a dedicated Ubuntu VM with 8GB of RAM and 4 CPU cores and seems to be fine on resources.

I have tried enabling flow control on the Cisco side but to no avail.

Is there a home switch Roon recommends that might work better? Seems like this Netgear either has very small buffers, or is not working properly.

Just a guess, but is Jumbo Frames switched on at the Cisco switch? Roon doesn’t like jumbo frames.

I would start troubleshooting by replacing or bypassing the Cisco switch with a dumb switch temporarily to eliminate it as a culprits…dumb switches tend to be problem-free. Smart switches have many configuration options that can interfere with media streaming applications and don’t always come configured sensibly out of the box.

I don’t buy switches carefully–whatever is priced right, from an established brand, with thousands of 5-star reviews on amazon tends to be fine.

Just a guess, but is Jumbo Frames switched on at the Cisco switch? Roon doesn’t like jumbo frames.

I don’t think that is true anymore. That was a problem back in the days when RAAT was using UDP…but we switched to TCP a loooong time ago now.

Thanks guys. I happen to have a spare Cisco 3560CG compact switch laying around, so I am doing some tests . I configured it tonight, and replaced the Netgear with the 3560Cg. I made sure to spend time properly configuring and verifying IGMP snooping on both switches. Funny thing, IGMP snooping is enabled by default, but if you have a simple network without multicast routing enabled, but have multiple switches, it can cause problems.

I enabled multicast routing on the core 3560, and validated IGMP snooping is working. So far, so good. Playing 24/96 content with no issues, and I actually would swear it sounds better. If my problem was the Netgear being overloaded or malfunctioning, this should solve it. The Cisco 3560CG has a lot more balls. I can’t think of any other reason why the Netgear would be consistently sending Ethernet pause frames upstream (flow control). Besides, if Roon utilizes TCP for transport, flow control is already taken care of there, and I wouldn’t want think one would want flow control at L2 as well,

I don’t think that is true anymore. That was a problem back in the days when RAAT was using UDP…but we switched to TCP a loooong time ago now.

Looking back at my search the last reference to an issue with Jumbo Frames was May 2017. Nothing since.

Well, I’ve been throwing 24/96, 24/192, and DSD64 at my UltraRendu since replacing the UltraRendu side switch with a nice Cisco 3560CG. Not a single dropout. I’m satisfied, plus now I have a much higher quality, managed switch in my media room.

For others that may bump into this thread, Andrew Gillis (of SGC/Sonore/Vortexbox) recommends this: 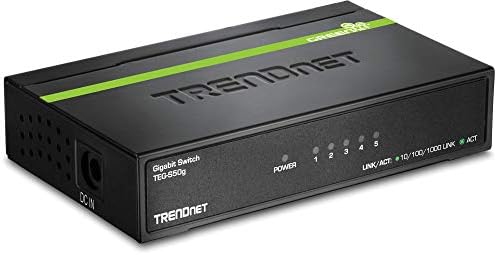 I’ve got several unmanaged NetGear GS105/GS108’s in use and never had a networking issue with them.

is Jumbo Frames switched on at the Cisco switch?

You don’t want to use jumbo frames for anything but a dedicated storage area network (i.e. an isolated iSCSI subnet).

Just wanted ro follow up. So, 2 weeks later of heavy testing using all varieties of lossless files from 16/44 to 24/192 PCM and DSD64, and not a single hiccup.

I would say my problem is solved. I’m not saying a cheap off the shelf switch won’t work fine for others, but in my setup, replacing the Netgear absolutely fixed my issue. Maybe mine just had a problem.