The Roon Server I’ve recently set up on Ubuntu 18.04 (minimal desktop) has generally run fabulously, but on occasion I’ll log in and there will be Ubuntu crash notice asking if I want to send a report or not. I’ve not noticed any adverse effects to Roon playback anywhere in the system, and I’ve always sent the reports in. So, Is there anything about this issue I need to be concerned about? Is it valuable for me to continue to send the reports? Just for the sake of context, I installed Ubuntu and Roon Server on this hardware around the first week of December 2018, and I’ve probably gotten the crash report 3 or 4 times. 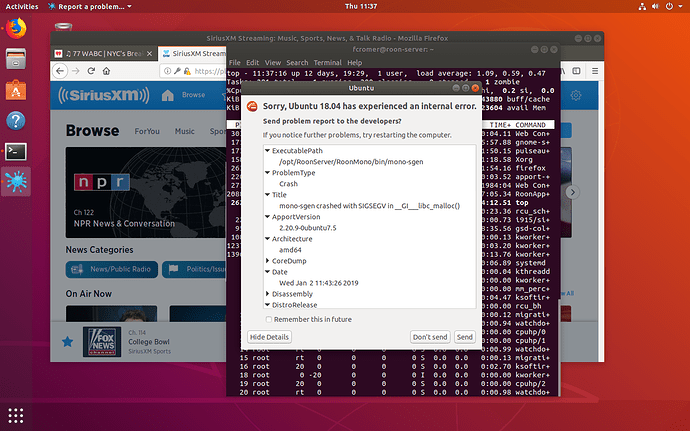 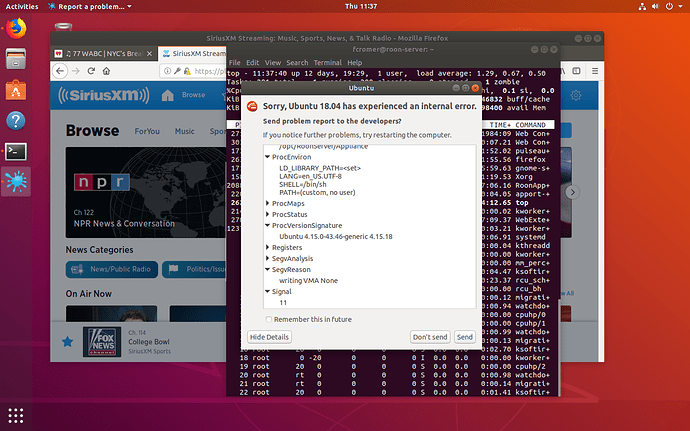 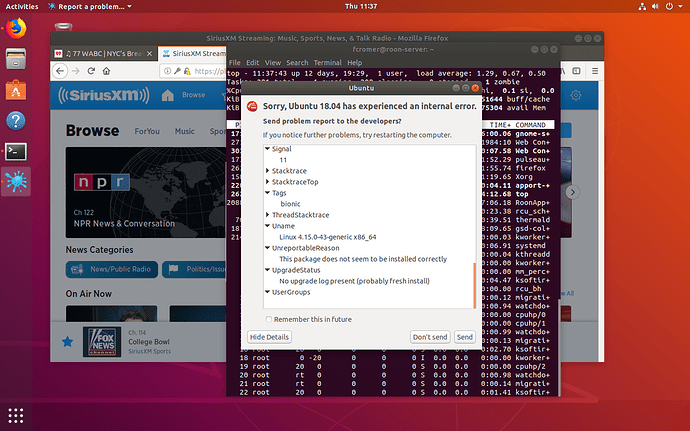 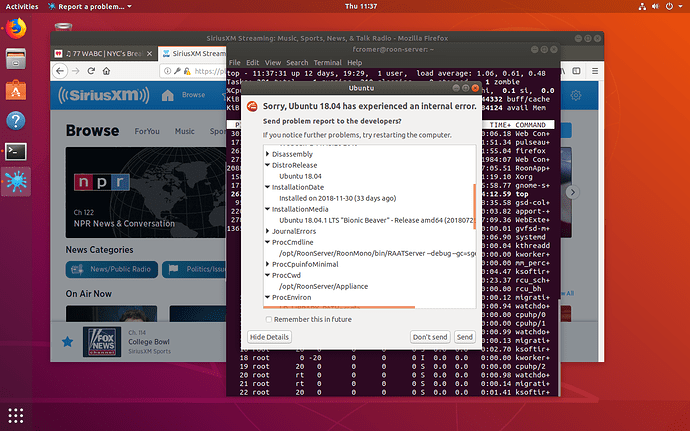 Thanks, in advance, for feedback.

I see that on my Ubuntu 18.04 system as well, running the latest version of RoonServer.

Thanks for the report, I will ask the QA team what could trigger this behavior.
Do you remember the approximate date and local time that this message appeared for you?

I’ve gotten at least one more since then, in fact, one was earlier this week, but I didn’t record the event. I’ll document the next one for you, Noris.

I just wanted to come back to this thread and let you know I spoke to the team on how to best debug similar crashes. In addition to having timestamps of when the issue occured, it would be very useful to have dmesg and syslog from the Ubuntu OS.

If this occurs again please gather this information and message it to me so that I can ask QA to take a look. Thanks!

I thought I’d touch base since you folks had been so attentive. The issue has not reoccurred, so hopefully updates have solved the issue.

Thank you for your attention to the issue.