I recently migrated to Roon + Tidal from using Spotify streamed via Airplay to my Denon x4300 receiver and Ascend Acoustics Sierra 2 speakers for the preponderance of my music listening. I’d like to upgrade the sound quality of my system for <2000 USD so I thought adding a DAC, streamer, and ROCK would be a logical upgrade as I will mainly play streaming content (through Tidal now) and the ~600 albums I have ripped to a USB drive through Roon.

After doing research I’m leaning towards adding a RME ADI-2 Pro DAC, Allo DigiOne streamer, and a NUC7i7BNH for the ROCK Core. Before I drop hard-earned cash does anyone think I’d be better served taking a different approach to get more bang for my buck? I’d particularly be interested in hearing from folks who have experience with the RME unit as I my living situation (I live overseas) doesn’t permit me to easily audition this type of equipment before purchasing. Many thanks.

I don’t have experience with either, but based on reviews and what others say, that sounds like one of the best bang for the bucks front ends out there. For that budget sounds like a plan to me. I’ve also bought equipment without hearing it. If you have a reviewers or online audio acquaintances that you have reason to believe have similar taste to you, and they like the devices, I’d go for it.

You can connect the allo digione to the coaxial digital input of your Denon,no need for an extra dac.

Along the same lines as Peter is hinting above… were you thinking of using the RME DAC connected to your Denon AVR?

If you like your Denon’s Audyssey room correction, then I would just add the Allo DigiOne to your Denon, as Peter suggested. Just get BNC to RCA digital coax cable, similar to the below, to connect the DigiOne to your AVR: 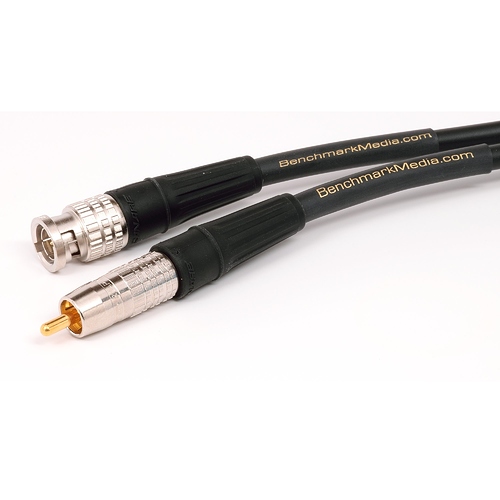 And I would recommend the NUC7i7DN** for your Roon Core (ROCK).

I use a similar setup. RME ADI-2 DAC, Rock on a NUC and Pi streamers.
The RME is fantastic. I really don’t think you can go wrong with it. Excellent quality, great support on their forums and an excellent feature set as well as the superb engineering. Only thing to be aware of is the UI takes a little getting used to.
I use the RME with ROCK on an NUC7i5BNH which runs just fine. Maybe an i7 would be faster, hard to know. The I5 is very quiet though. I hardly ever hear the fan spinning up. I have used the USB out on the NUC to the RME and it works perfectly (bit perfect in fact as you can check this on the RME ADI-2).
I usually use Pi 3b+ based streamers via USB to the RME.
Ropieee works with very little effort but I found that it really only performed well with wired Ethernet as using wifi did cause cracks and pops. I prefer wifi as I don’t like running ethernet cables and is completely isolated . Using a wireless bridge to Ropieee work very well. In the end though I switched to just installing Roonbridge on Volumio. This works perfectly with the built in Pi wifi.
Using USB from the Pi streamers to the RME, and again it is bit-perfect.
I am mostly streaming Tidal and RBCD flacs plus the occasional Hi-res or DSD file. Mostly listening using HD800’s.

I also have a squeezebox touch and another Pi 2 running a hifiberry Digi+ and squeezelite. These are now serving as roon endpoints and I have tested them with the RME via co-ax and optical (and USB on the squeezebox) and again they perform to their limits with Roon.

So, conclusion, get the RME, you will not regret it. ROCK will run very well on an i7, it ruins just fine on an i5. Pi’s make great streamers with or without extra HATS.

Apologies, but you can go wrong with it if you are putting the output of the RME through a further A-D-A conversion. And in a lot of AV amps don’t have genuine direct modes so you do need to do your homework. I had precisely this issue with an older Denon amp that meant I failed to benefit much from a much better DAC until I abandoned AV for 2 channel.

Many thanks for the replies. I think for the time being it probably makes the most sense for me to purchase the NUC7i7DN and Allo DigiOne and see how that works out with my existing Denon. I’ll probably hold off on the DAC.

I’m using the Allo DigiOne Signature to an RME-ADI2 FS DAC via BNC to BNC cable with an RCA adapter. The RME ADI2 DAC is a fantastic piece of kit, the sound quality is fantastic, but it’s the adjustability that truly sets it apart. While I loved the RME through USB I wanted to get a streamer so I could relocate my PC/Roon Server. I tried every possible device in my house before spending $300 on what is essentially a Raspberry Pi. I tried Android (wifi, bit perfect over USB) quite good, very close to PC. Raspberry Pi over Ethernet, not good, the combined USB/Ethernet bus output has too much electrical noise. Chromecast Audio via WiFi and Ethernet via Toslink, while this was promising enough (using Roon, Google’s implementation is terrible) to order the funky Ethernet/power adapter, the Toslink ultimately held this promising option back. After this experiment I was ready to fork over the cash to Allo. Super glad I did, the DigiOne Signature is one of the best improvements I’ve made in my system and I can’t believe I stuck with USB as long as I did. Much more musical with improved dynamics, punch. Drums sound so good! It no longer sounds like “computer music” was my first comment.

For anyone considering the DigiOne Signature I will say that it is absolutely worth the $. Be sure to get the battery setup for the clean board, I haven’t heard it using a SMPS(not recommended) but I could hear the difference between a regulated 5V battery bank and my homemade LiFePO4 unregulated battery.

My only regret is that there is no BNC input on the DAC. Having 75Ohm resistance is critical to the format and no RCA cable/connector can offer that. I am considering replacing the connector at the board on the DAC despite voiding warranty.

I would ask RME or the dealer if they can recommend someone to do it with a view to preserving warranty.

Eh, I’m not scared…do you want to live forever?