ROCK Not detecting external hard drives plugged into it

For 4 years I have been using a ROCK bulit from an Intel NUC8 and it’s been reasonably OK, However, I have noticed recently that it stopped recognising external hard drives. Meaning it wasn’t playing my tracks or backing up

For a variety of reasons I decided to upgrade to a new ROCK using the exact kit recommended in the ROON guide to setting up a ROCK. However the problem remains. 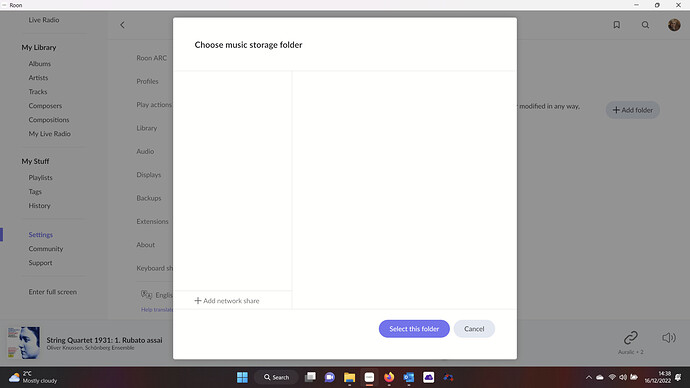 There are 2 drives connected but neither are visible

A BT Home hub, connected to ROCK & Pre-amp via ethernet

Did you plug the drives into another computer to see if they are still working?

Yes, thanks and yes they are still working plugged into a Windows lap top - but neither ROCK thoigh

NTFS formatted probably – did you properly eject the drive(s) on Windows? Read also:

NTFS? We upgraded the NTFS driver to something far more stable, and less prone to corruption. Unfortunately, this driver is far pickier about drives that have been improperly ejected. The solution, if your drive is NTFS, is to plug it back into a Windows machine, run chkdsk /f on it, and then eject it properly and put it onto the ROCK machine. We are looking into a safe solution that will avoid this chkdsk /f.

So I took your advice and it’s all working fine now, thanks

Looking forward to the permannet fix