It might be fun to brag about how long our ROCK machine has been running without a reboot.

I offer this puny example as a way to get started - 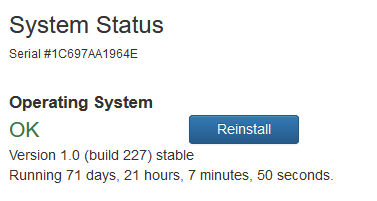 (It would have been much longer, but I had to bring the machine down to reroute some wires)

3 posts were split to a new topic: Shutting down ROCK safely

One was rebooted last month but had gotten up to 50 odd days at that point.

Looks like you’re a few hours ahead of me.

Might as well include the play time while you’re at it. 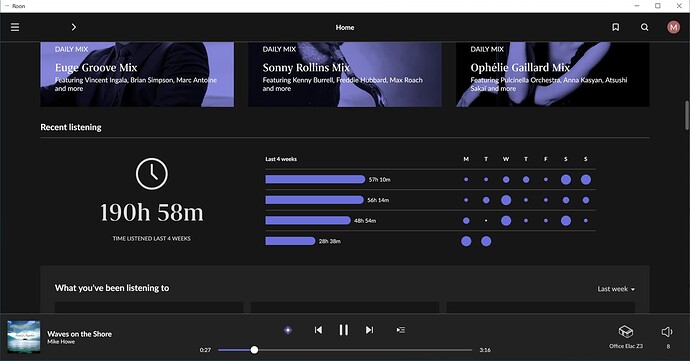 Might as well include the play time while you’re at it.

However, since I bought a TT last summer, my Roon play time (but not my music listening time) has plummeted.

Currently on 85 days but that is because I had to power down to move it. It was on 130 ish days before that. It has certainly gone over 200 days previously. It is usually only a ROCK OS update that necessitates a full reboot.

How about them apples… 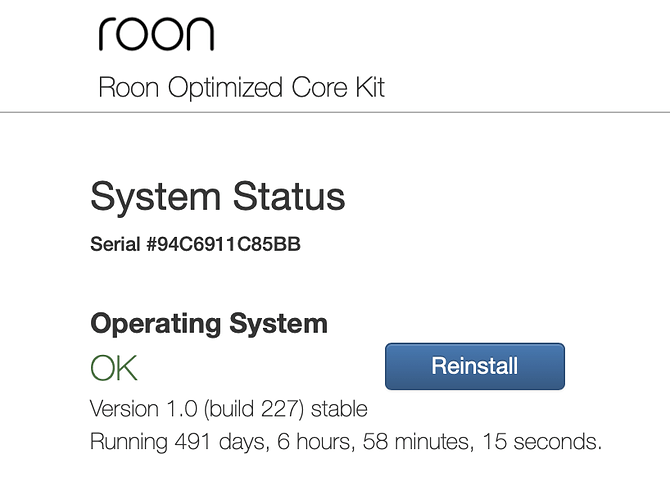 Very impressive, that must go all the way back to Aug '20 when b227 was released.

Was an involuntary reboot at the time as I had my electricity meter replaced by the power company… the NUC had been running awhile before that, though I don’t recall for how long!

I bought a TT last summer

Not sure what TT you’re referring to but if it’s the Audi TT I’m jealous. Wanted one for a long long time but the wife says I need a truck so I have a truck.

Not sure what TT you’re referring to but if it’s the Audi TT I’m jealous.

Figures but I had to say it anyway.

I remember those TT’s but haven’t had one in at least 30 years, probably since cassettes came out. Didn’t work too well for me with kids running around. Might try again some day. 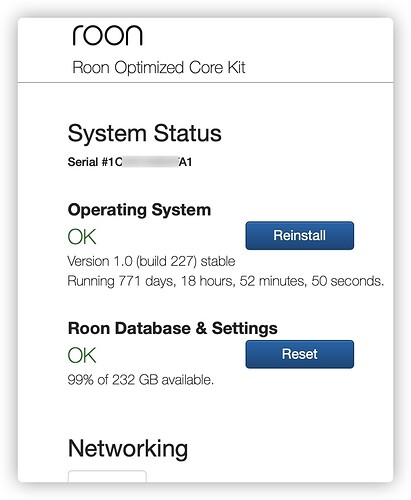 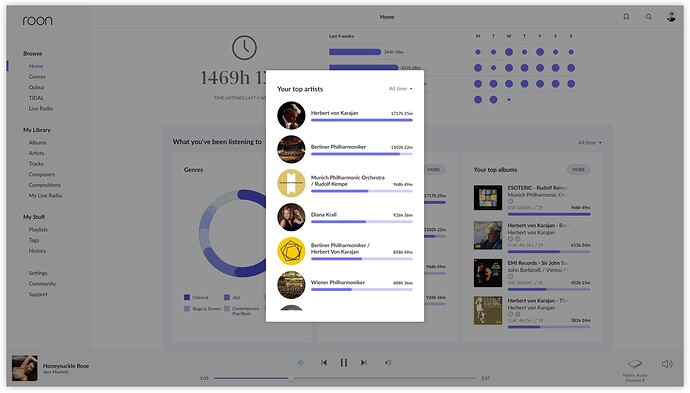 Awesome. The one to beat. 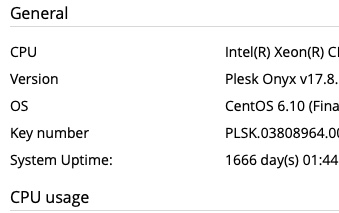 You don’t really have this luxury for webservers either, because of security issues.

Whether you chose to not apply security updates to a publicly accessible server is up to you of course, but long uptimes on public servers should be considered a failure in maintenance.

Yes I totally agree and the server has been upgraded … but was a pretty good run.