Tried the trick of save change save of DSD mode didn’t work here.

I pulled a DirectStream down off the shelf and plugged it in to take a look, and…DSD is working great for me on 1.2.

These are my settings with the ASIO driver: 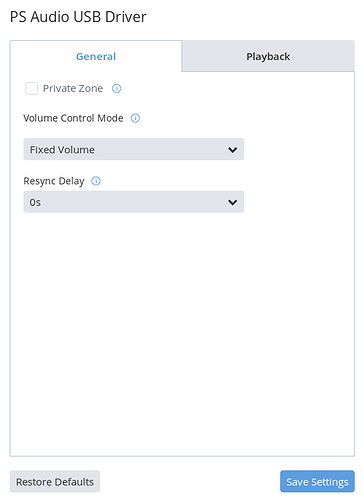 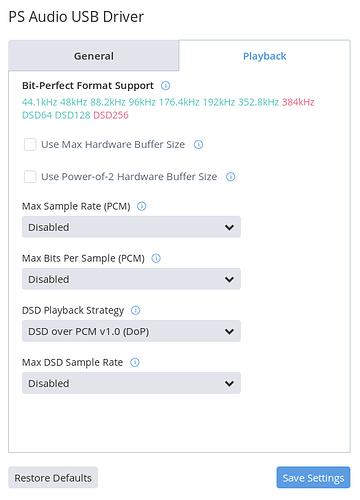 These are two DAC-specific quirks we are aware of for this one:

A couple of troubleshooting steps that I suggest trying:

I should note that my DirectStream is fully updated and using PS Audio’s latest drivers. If all else fails, and you haven’t taken an update in a while on that end, that might be a thing to try.

If that doesn’t work, I’m sure we’ll get to the bottom of this. Just need to figure out how to get the failure happening in front of me. Thankfully, in this case we have the gear–that’s often the hardest part.

Apologies…I was mistaken. You are right–this is broken in the current 1.2 build.

I couldn’t see the failure because we fixed this yesterday as part of another support issue, and I was running an internal build that has the fix.

This will be all good for the next one! Sorry for the trouble.

At lease it can be fixed on next build and not my setting problem, as my other device work with the save change save trick while just my DS won’t no matter how many times I tried.

This should be fixed in Build 128. Let us know if you’re seeing otherwise.