Thank you very mutch for Qubuz. I love it
Great work from Roon.
Greats from switzerland

Feature request would be the place to post improvements ideas. Always good to give scenarios and reasoning as to why it is needed.

Well done chaps! Excellent release. I am now using Qobuz (I’ve cancelled Tidal) and coupled with a much improved Roon search this is a sterling experience

Tried these combinations with speaker setup and parametric EQ in list of filters.

Great to see Qobuz integration, thanks for all the hard work. Looking forward to ditching Tidal as I don’t want to support MQA in the marketplace if at all possible.

2 posts were split to a new topic: Qobuz subscriptions questions

Oh, the footer is terrible. The progress bar is right along the bottom of the screen and when you handle the tablet you slide the current play position to somewhere you didn’t intend. The Previous, Play and Next buttons have always been somewhat precariously close to the your thumb but this new design is so much worse.

Yes, this looks like a bug to me. I’m seeing the same - an album purchased and downloaded from Qobuz is still marked with the Qobuz icon, and has “Add to library” on the album page, despite the fact that it is in the library. Also, the Versions page shows two library versions, when it should only be one - the album that has been purchased from Qobuz… 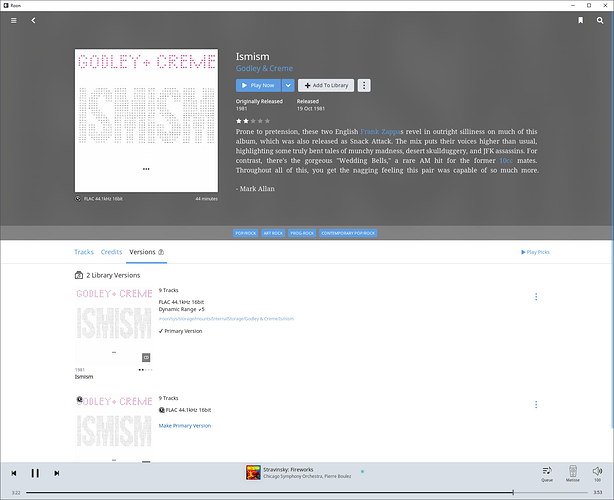 also… some albums are duplicated (showing two separate instances) as (… I guess this is why) Qobuz’ titles are, often, translated to french 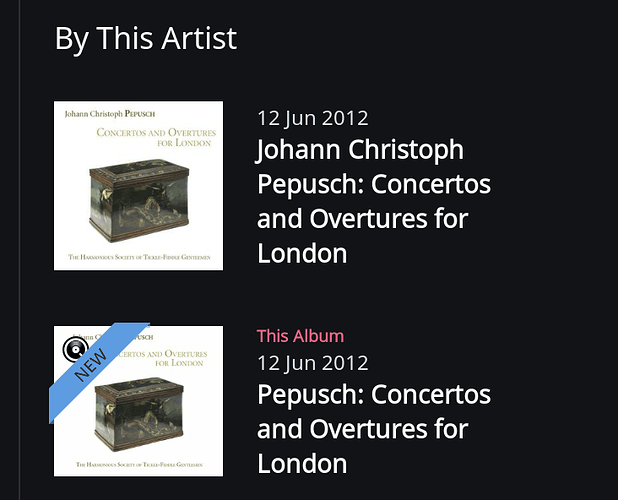 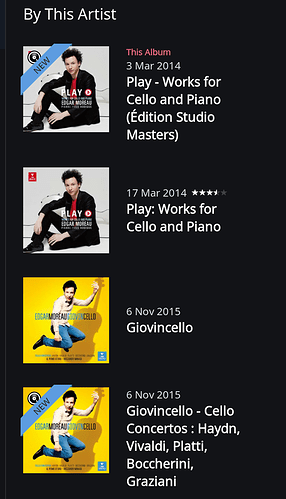 or just because of a title mismatch

Happy to see Quobuz arrival. Now I think all I need is an easy way to convert my Tidal favourites to Quobuz ones.

Can I do this in Roon in a clever way?

The waveform of the remaining time is nearly unvisible now for me in dark mode. The lower bar in grey looks like a foreign body and doesn’t fit to the GUI in my opinion.

I am a bit disappointed about the lack of improving the presentation of classical music too. Unfortunately there are nothing new about box set handling.

Give it a few weeks; I’m fairly sure you will like it

Not at the moment. Soundiiz a 3rd party app can do it as well as playlists.

If I use Focus in the Album Browser, and select only Qobuz format, then I only see the Qobuz albums that will be streamed; albums purchased from Qobuz and stored locally are not shown in this view…

I don’t use qobuz, don’t tend to use Roon radio, and don’t really use the “now playing” screen that much. I tend to browse my music, hit play and listen. I do understand however that the Roon team will be going for the “biggest bang for the buck” updates and improvements.

My main feedback is therefore the same as usual - I’m sure these new additions are pleasing many users, though I remain keen on improvements to the basic Roon interface, organisation and categorisation. My main requests are still better box set handling/the ability to combine albums into groups, the ability to group albums on an artist’s page (by albums, singles & EPs, bootlegs, anthologies, compilations, etc), better album art handling (move or delete images, label images, improved overview of the available images) and the ability to add reviews or extra reviews to albums.

So from my perspective, the only practical thing I can say about this update is that I don’t like the new waveform seekbar - it’s now a big grey block which doesn’t fit nicely with the rest of the interface (at least in dark mode, which is what I use), and I don’t like the waveform itself being cut in half, showing only the top half. I would rather see the whole thing, even if it is symmetrical. Indeed, one of my requests has been an improvement to the current rather low-res waveform seekbar to something more detailed (as seen with Foobar, for example). Oh, there is one good thing - the screen real estate on the iPad app is now optimised for iPad pro and it supports portrait mode! However - it doesn’t seem to do the “upside down” view like most iOS apps do?

I don’t mean to sound negative - Roon remains the best app of its kind out there - it’s just that there has been update after update with various improvements in terms of third party features (qobuz, various endpoints supports, etc) though with little of the promised “UI overhaul” that we had heard about and no implementation of the features requested above, which have been hot topics on the forums for some years now (the box set/group handling and album categorisation in particular).

I remain hopeful however, and am encouraged by the Roon team’s statement that All of these changes are just the start of what we expect to be Roon’s biggest year yet. It’s going to be a great year for music lovers, and we’re just getting started.

let’s wait for an insight from developers

I don’t like the lightgrey playback control / progress bar either. Talking about the Light UI version here. It’s colour is too light making less of a seperation between the browsing functionality and playback controls. This makes the whole pages a bit crowdy and messy. Maybe it’s time for a request for custom colours again.
Is it just me or is the whole interface becoming pretty bloated and harder to navigate.

Not really a huge fine of the new footer:

apart from that, good job!