This was so prior to 778.
The data is pushed out to the side when you expand the review copy.
When it is not expanded, that info is shown in one line which saves space.

The data is pushed out to the side when you expand the review copy.

It’s actually when there is no album review, this is as per design and I doubt that it will be changed unless Roon do another UI redesign. I don’t think they will be in a hurry to do that.

I agree that it isn’t great.

Yes, there are three looks.
When there is no review, a single line with info, most compact. 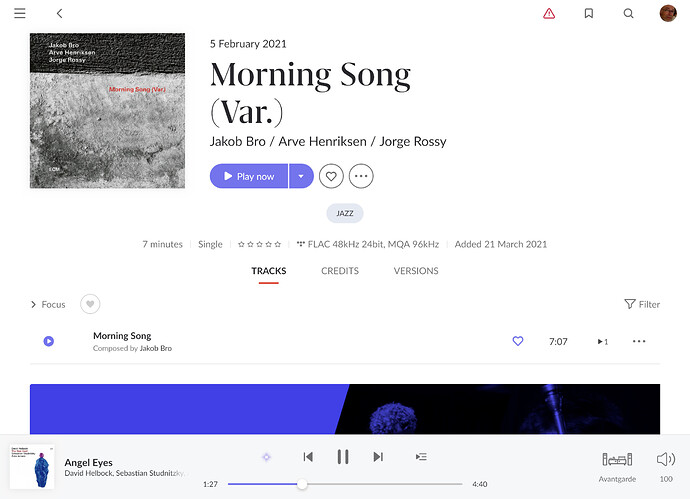 When there is a review but is not expanded, only shows a few lines, the data is moved out on the right. 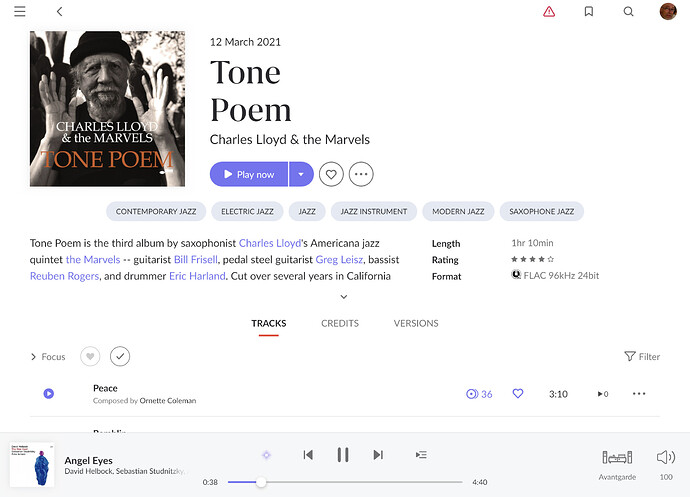 When the review has been expanded, the right column contains a lot of metadata plus references to people mentioned in the review. 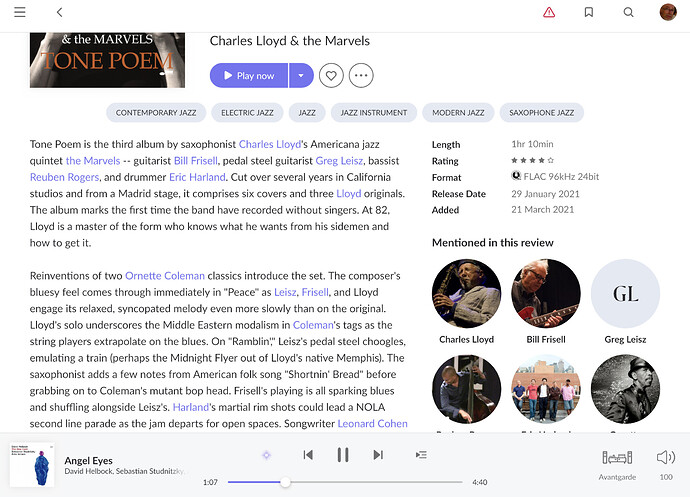 I feel ya - charmed and gets better with every release.

3 posts were merged into an existing topic: Display issues on 1.8 B778

Gregorian Chant is included in My Classical Composers proving Valence has developed a sense of humor. Also note that Alonso de Mudarra is alphabetized among the Ds. Minor nits but thought you might want to know about Valence’s mischief. 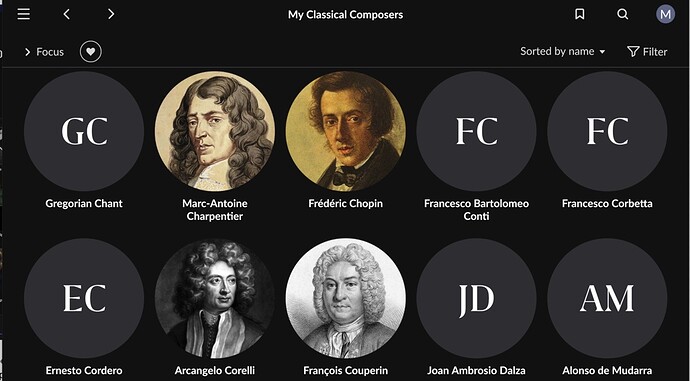 Well, it may be a matter of defintion, but to me Gregorian Chant is a sort-off classical composer. Even tough not one but a collection of „songs“ assembled by many monasteries. It gets the same treatment as „Anonymous“ composer.

You can always set the classical composer setting on the composer editor to „No“ if you dont want to see those.

On wrong sorting: ya somtimes the „de“ and „von“ etc. doesnt get properly sorted. Minor niggle that can be corrected in the Edit menu as well. For me Valance creates much more substantial headaches… Many of those „top“ and „notable“ classifications are just total horsesh@t.

+1
the same information should stay on the same place.
everything else is a sign of a bad ui design.

Yes, there are three looks.

In other words: it’s wildly inconsistent and you constantly have to ‘refocus’ your eyes when you’re browsing your library. It’s not something a good designer would do.

it is for sure by design and… it’s a mistake!
both logically and from a “(good) design rules” pov: you do not treat the same kind of “things” in different ways on different pages. same as moving page number to different spots on every page
something your teacher will not even tell you nor you’ll find written on manuals because… it’s just obvious!

yes, thats a piece of very weird UI design. Once having that info in one centered line, once having it tabulated on the right side.

The Roon progress bar overlapping with the App Switcher bar on iPad Pro 11", making use all but impossible. What happens is that I keep accidentally switching to the previous of next app.

This issue started before Roon 1.8 and surprisingly got even worse with the introduction of 1.8, and is still present in 1.8 Build 778.

Swiping/scrolling the playlist overview or the content of a playlist is not only jittery, but also not retaining sync with the finger touch input on iPad Pro 11. It keeps slipping from under my finger. This only happens when swiping through the added tracks inside a playlist, not in the playlist overview (1 level up) or in the My Albums or My Artists overview. It does, however, also happen within the My Tracks overview.

Issue started with Roon 1.8, still present in Build 778 and this happens both on the ipad Pro 11 as well as on the Samsung Galaxy Tab S2.

I was surprised at first, but now I think it makes sense.
Consistency is a questionable goal: the Windows 95 Explorer look keeps everything consistent, but music review magazines do not, which do you prefer?

Go from the bottom: that extensive set of metadata on the right, together with the review and discussion, is certainly not something I would want in my face all the time. When it has been selected for display, expanded, Roon chooses a columnar arrangement, not uncommon in magazines or in vinyl covers.

At the opposite extreme, if no review exists, the metadata can’t go on the right because on the right of what?

When there is a review that has not been expanded, the middle case, where should it go? It seems necessary to have it on the right, consistent with the expanded view, otherwise everything would jump around when you expand the review.

Note that each album has only one arrangement: metadata on top or metadata on the right. It is inconsistent among albums, but not within any album.

I recall that some CDs had a book in the jewel case and some had only a sheet. Some had tracks listed on the back and done had tracks in the insert. Some had a jewel case and some had a paper sleeve. Same with vinyl, some had just a single sleeve, some had a double sleeve with commentary on the inside and tracks on the back, or tracks with the commentary, some came in a box with a magazine or book. Wildly inconsistent! It’s a wonder we could ever enjoy our music in those days.

that extensive set of metadata on the right, together with the review and discussion, is certainly not something I would want in my face all the time

there are two different sets of data there: one is always the same (album length, rating, format etc)
I’m talking about this part which should always be in the same spot

when an album also has editorial content, only when it has, there’s more. let me say it again: more!

Actually, I don’t think that’s quite the case.

can we PLEASE always have:
Length - Rating - Format - Booklet (if any) - Date Added
always displayed in the very same spot, editorial content being there or not? (as it was in 1.7)

So you think the “mainstream” metadata should always be in a line?
I see the logic of that.
But I actually hate the single line format, it’s cumbersome and slow to parse.
A tabular display is better. But I don’t know where it would go if there is no review. If we put a little table above the tracks, we would certainly get loud complaints of wasted space.

I don’t, but… whatever: just make it always stay in the very same spot so I don’t have to chase it

But if things were so easy, what challenges would you have, wouldn’t you just slack off?