is the two finger scrolling necessary because of the attached keyboard?

OK, thanks for the “heads up”

I don’t think it’s been clear in many posts that the iPad scrolling problem is happening only for people using a trackpad on an attached keyboard. That may explain why I and so many others are not experiencing this…we aren’t using trackpads or external keyboards.

When you attach your iPad with the Apple Magic Keyboard and use the pad you’ve to first press, hold and move either up or down.

I don’t understand your directions to press & hold. I don’t have to do that on mine, I just swipe up and down on the trackpad without pressing at all.

Glad to see scrolling issues improved considerably on my iPhone 12 Pro.
Though very sad to see another build passed by and still no fix for very annoying bug After lockscreen loosing position in playlists on iOS 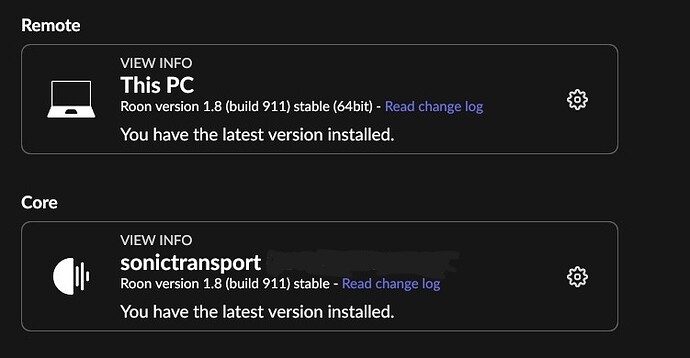 couldn’t play music from sonicTransport/Roon/HQPlayer. Got this message:

It’s a problem with HQPlayer which you can read with Learn More.
But:
On Monday, February 28, Roon will be updated to take advantage of the advanced features offered in HQPlayer 4.x. Updating our implementation to support the HQPlayer 4 API will help to resolve a number of issues that our customers have been reporting.

So looking for a solution I rebooted my sonicTransport and… now it works! 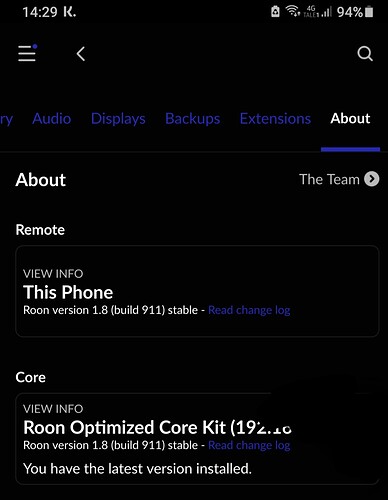 I still don’t see the Android update on any of my devices.

@PerMorten - I live in the Pacific NW, where do you live? I assume not seeing it in the Play Store has something to do with the Google Servers we get updates from in my Time Zone.

@support - do you know if there’s an issue? I’ve never experienced a delay this long in the past.

No more trial accounts in the roon?

This has been addressed by Jussi with a build fix. Just install from HQP/sT . Mine is running normally.

I have just downloaded to my Android in London. Good luck.

Did the last update for HQPlayerd 4.30.3 which should solve another problem: reboot the Sonictransporter after changing filter on the configuration page in HQPlayerd. I hope this has fixed all problems after this not so nice update from Roon and HQPlayerd together.

From the release notes:

My subjective perception? Yes, absolutely! Streaming local library and Qobuz on my Cambridge CXN V2 the detail retrieval and instrument seperation improved a lot. I was on the fence of getting a new dac to improve my system but for now I am good. Happy customer indeed.

Anyone else getting extremely slow downloads for the macOS version… often completes in under ten minutes?

This one is taking much longer?

This one is taking much longer?

I didn’t time it, but it seemed pretty normal when I downloaded it a couple of hours ago.

About 30 minutes from start to finish?

No idea if this is your issue but, a while back I was having very long download times for Roon updates on my Windows 10 laptop. NUC/ROCK downloads took a few seconds, laptop took 10 to 15 minutes. Took the laptop in to have it checked. A virus was found and removed. After that the downloads only took a few seconds.

No, I’m virus free and on a Mac. Glad you got it fixed, though. What a nuisance for you!