Roon 1.8 doesn't show local albums in Discography or More from this artist section on album page

Roon 1.8 (any build) doesn’t show local albums in Discography or More from this artist section on album page. They are all identified albums and if I open any local album from Overview section it merges with Tidal versions as usual. But I have to re-identify them for Roon to understand that there is a local copy not just Tidal. I’ve done this several times already, but they keep disappearing.

Hello! I have a similar problem. If you enter an Interprete normally it shows you the albums of the intreprete you have in you library (your own album or Qobuz or Tidal albums). But for most of my classical music the albums are only shown if I go to “show album in your library” when I am at the Interprete. There are also some cases were even this is not working and no albums are shown. Then I have to go to the tab albums and search the album there and it can be found. I checked the tags everything is ok and it worked properly under version 1.7. I use the roon core on my windows 10 computer.

Apologies for the delay here, @Alexander_Bashlaev!

Can you share some screenshots detailing what you’re seeing?

I see the local album in the Overview section, it is correctly identified, and I see the Tidal versions from this album’s page, but Discography section shows me only Tidal version. And it doesn’t matter that the local version is 24/96, and the Tidal version is 24/192, it’s just a coincidence in this case. Exactly the same behaviour can be observed with versions of the same quality. I just can’t find it right now. As I’ve mentioned before, if I click “Re-identify” from the Edit menu, after that Discography begins to show the local version. But after some time, without any additional actions, the same local album can disappear from Discography again. 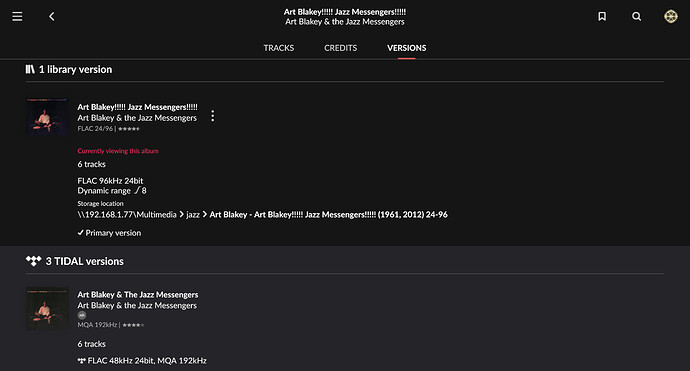 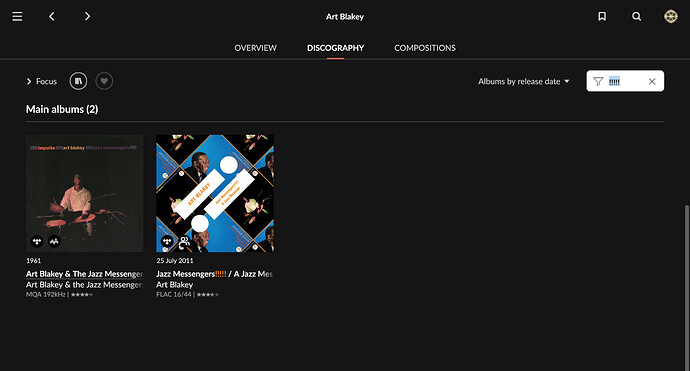 Build 778 release notes says that it was fixed:

But I’m still experiencing this issue. 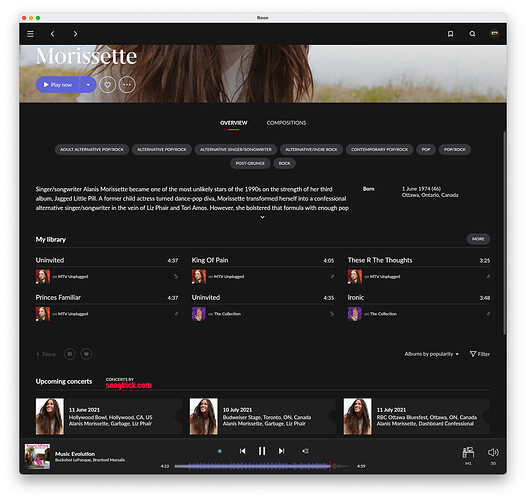 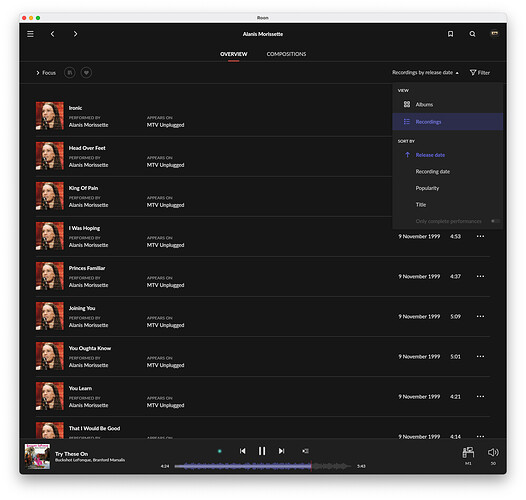 Another bugged view. View Albums or Recordings does not matter here. 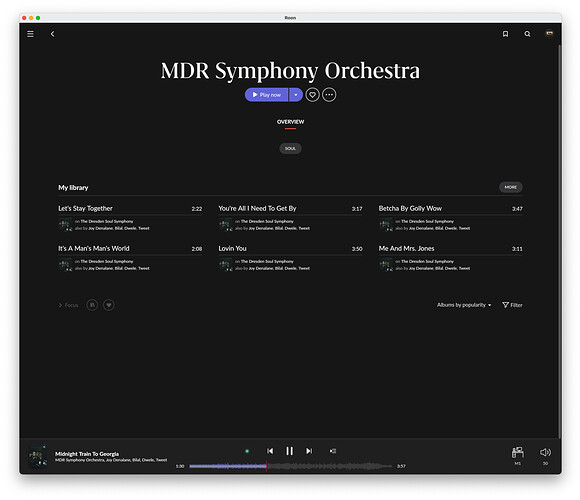