Having read some of the threads regarding Roon’s performance, I’m in a quandary. Given the following options, would you run Roon Core on the more powerful machine, or the less powerful but dedicated machine?

There won’t be a ton of extra room but my music will fit on the 2TB disk. I could add a second smaller SSD for OS X and Roon leaving the 2TB disk exclusively for music.

In this case Roon would run on the internal SSD. Music together with movies etc. will be stored on a directly attached rackmount Thunderbolt RAID from Lacie. It’s unlikely Roon and Plex would be used together.

Common to both options is a Synology NAS for backup, a Synology expansion unit to backup the NAS and a decent pipe for online backups to Crashplan and Dropbox.

All the hardware is racked together with a UPS in the basement of my home. There are 3 enterprise switches between the Macs and my DAC and amplifier.

A wildcard option would be to run Roon in a Linux virtual machine using VMWare Fusion on the Mac Pro.

I assume you won’t notice a difference between the two options and both will perform perfectly running Roon Server.
Is your MacPro already running 24/7? Then I’d choose the that one.
If you shutdown your MacPro, i’d use the MacMini as it will be more energy efficient.

I don’t know how many data is being transmitted over ethernet (Crashplan?) and if this might limit the bandwidth for Roon.

Go with the Mac Mini. And don’t worry about the 2TB drive, Samsung just announced the 4TB SSD drive for sale.

That Mac Mini will take 16GB of RAM.

I have a mini that I have dedicated to Roon Server. And when I say dedicate, I mean that other than LogMeIn (for remote access), I want that machine to devote as much resources to Roon as possible. Are there any “always running” processes that I can disable to make more resources available to Roon? Right now performance is pretty poky. If I click on an album, it takes several seconds for the page to load, and if I’m scrolling album covers it takes a few seconds for all the cover art to resolve. And edits take forever to be accepted. Maybe this Mini is too old? Like the OP, mine is a mid 2011 but I have a 2.5GHz i5 but only 4TB RAM. Roon funs from the built in HD and the data is on a Sonnet Thunderbolt drive. Do I need to get more RAM? Should I get a new Mini with a faster CPU?

My guess is, your hdd will slow the performance down. An upgrade to a SSD for the Roon database might be your best option (of course you can also upgrade the RAM, as this is not very expensive anymore).

The most dominant factor in Roon’s performance is whether or not the database is running off an SSD or HDD. That is the most important upgrade to consider. Everything else about that machine should be plenty fast.

However, an even quicker and easier solution would be to add an External Thunderbolt connected drive and make it the Boot Drive, e.g. 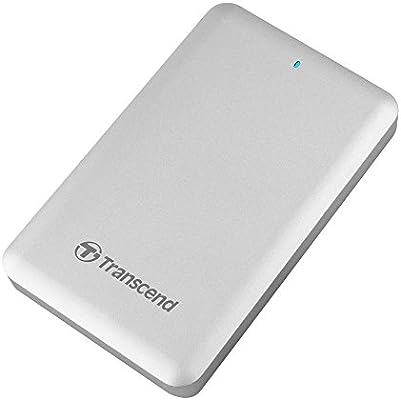 Introducing Transcend's StoreJet SJM500 Portable Solid State Drive for your Mac. Besides the immense storage space, the SJM500 are also equipped with Thunderbolt and SuperSpeed USB 3.0 interfaces, off ...

I’d like to thank everyone for their input. It’s very helpful.

Both machines are currently running 24/7. The Mac Mini, running Audirvana and the Mac Pro for everything else. The switches are back hauled with 10 Gigabit fibre so, I’m fine for bandwidth.

Right now the Mini has enough storage, so I’ll probably hang on until Samsung release an 8TB SSD. By the time that happens the 4TB will be able to demonstrate reliability and be a lot cheaper! In general I’ve done pretty well over the years by being one step behind the HDD and SSD capacity curve.

Thanks again for the insight.

@rbienstock I would highly recommend either swapping out or replacing the internal spinning disk with an SSD. Not only will it transform the Mini’s performance, it will extend its life even further. Both OWC and iFixit have excellent guides.

Is that because a ‘quieter’ dedicated machine may yield better audio quality? That was the logic behind the Audirvana setup on the Mac Mini because it was directly connected to my DAC over USB.

Now my Sonore microRendu is on the way I’ve moved the Mini into the rack in the basement away from my hifi. If Roon could support Deezer Elite, I’d be able to get rid of the Sonos Connect as well

I was thinking about reliability and operational simplicity–a dedicated machine that isn’t being mucked with for other reasons is going to feel more like an always on appliance and less like an app running on a computer.

Deezer and Sonos have an exclusivity agreement–hence all of the “available only on Sonos” language in their marketing materials. Not much we can do about that on our end, unfortunately.

Thanks @brian. Regarding Deezer. I was aware of the exclusivity deal with Sonos, so just wishful thinking on my part. Hopefully things will change in the future.

I have a Mac Mini (Mid 2011) 2.3 GHz Intel Core i5, 16GB Ram, 120GB SSD. 2TB External Hard Drive connected via FireWire 800. I have the Schiit Gungnir connected via USB. Mac OS X 10.9.5 is installed on the SSD along with my applications. Roon Server, Plex and that Popcorn thing (hehehe) All my music & 1:1 BluRays are stored on the 2 TB FireWire external. Currently I am using 996GB and this handles all my media just fine. I have access to all things Thunderbolt since I sell OWC products and I can tell you that the added cost of external thunderbolt isn’t worth the performance increase. Sure thunderbolt is great for copying 10 TB of Data , and editing 4K film, MacPro is best to keep using for your 4K rendering in my opinion. Cheers.

I just wanted to say a final thank you. All set up and running now on the Mac Mini. It turns out I had some extra RAM hanging around so it’s up to 16GB now.

I’m new to ROON, and have been playing with it on my surface Pro4.
I want to get Roon server set up properly, and I’m primarily a Mac user.
I started looking at running Roon on a NUC with Windows or Linux, building the hardware and installing the OS. But having investigated, it seems that by the time I’ve bought a NUC/RAM/SSD and OS (if windows), I’m getting to a similar price to a recent secondhand Mac Mini. Wouldn’t it just make sense for me to buy a MM i5 and add RAM (if required), and fit an SSD I have here already?
Or am I missing something here?
Sorry it’s a bit of a noob question.

I’ve gone Linux in a headless NUC. Main contributing factors for me were wanting a dedicated machine, speed (M.2 SSD) and less OS overhead, but I’ve probably overspecced it.

Do be aware that more recent Mac Minis do not have upgradable RAM.

No, you’re not missing anything, in my opinion. My MacMini (2011 w/ 8 gig memory) runs Roon great. It runs headless most of the time though I like to turn the monitor on when other people are listening. Apple’s screen sharing and remote apps work like a charm.

Mine doesn’t have an SSD. And due to my library size, I have an external HD connected via firewire.

Works great. Sounds great. And no USB drivers needed for hi-res listening on my DAC.

Plus, it has everything you need (including HDMI) to surf, stream, and sync to iOS devices. You know, for when you’re not listening to music via Roon.

I’m beginning to think that a Mac Mini (Late 2012) in i5 and with whatever RAM and drive happen to be installed might be the cheapest way to go. It’ll be headless, unless I want to access it remotely. I don’t intend using it for anything else, but a smooth and snappy experience is important to me.
I have around 130k tracks/13k albums, with about an 80/20 split of 16/44.1 and Hi-Res music.
It looks like your’e right, dpstjp. The late 2012 was the last 'Mini to allow the ram to be upgraded. Thanks for the heads-up.