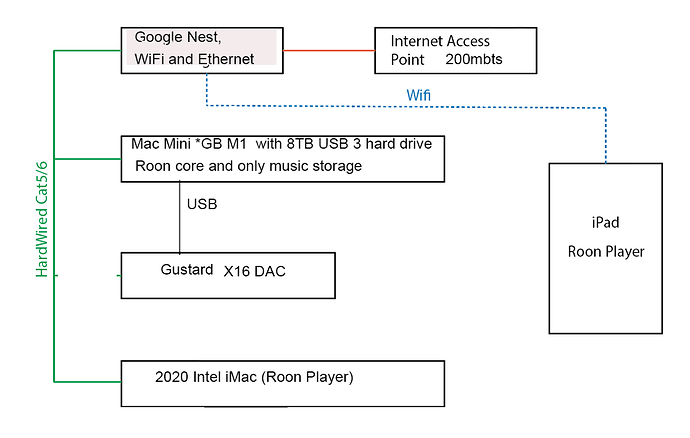 I believe this is recent. Possibly since the last build (952?)
My Mac Mini Core runs OK when playing music. If I do anything with albums (search, edit, etc) the memory usage on the mini goes over 100% and Roon slows down considerably. The memory use on the player (

Clicking on an album can take a good minute for a response.

If I exit Roon and restart all is well again until I start any album activity.

And later after album activity

Initially, the album activity I do (focus, tag, identify, search) will be very fast response and the core CPU % will come back down to 10-20%. But if I continue to work in that area, eventually the core will stay over 100% and the response for anything in Roon is too slow and I have to restart Roon on the core.

The music player is never affected and music plays on sometimes even if the Roon screen is frozen.

My focus selections stayed blank and I ended up quitting Roon on the core and the remote player.

When I restarted, the focus selections were back.

Clicking on an album can take a good minute for a response.

This sounds like it could be this known issue we are investigating in the following thread:

ROON Controller is having problems [ticket in - Roon investigating] Support

Using Nucleus connected to external HD. Whenever I click on an album Roon gets stuck on “loading album” controller then freezes. Music plays but the timer is stopped and nothing moving on track progress .No response when i try and pause the music. If I close the controller and reopen things fine until I again try and click on an album. Everything really slow to populate. When I click on the Artists many of the Squares are blank for a minute or 2. Have rebooted nucleus. Seems to have started af…

Do you also notice the wrong song listed as currently playing?

Although I don’t have this issue as I’m still on way previous versions of both Roon and MacOS, I have wondered if this was a Rosetta issue but, at least on my M1 MacBook Pro, which serves as my controller, there is no option to force Roon to use Rosetta unlike some other software I use. So bang goes that theory.

Glad to hear that the update helped resolve these issues on your end, @Dennis_in_FL !