Consider this a bug report, though it may be limited to an atypical use case.

Either in the import process or a subsequent library scan, perhaps related to a Roon software update, Roon can get confused when confronted with multiple pressings of the same CD.

For general example, consider CD album X – in both domestic and Japan for US pressings. Both are ripped to FLAC, stored in separately named folders, and tagged in metadata accordingly. Both would be of the same mastering, thus audio analysis metrics would be the same, and both might be digitally identical. Because of the distinct folder names and metadata tags, orthogonality between the two albums still is apparent to a human who can read. However, that orthogonality is not always the case for Roon.

What I have observed is that Roon as expected may import two complete albums of the same title – but that tracks within the two albums may be a hodgepodge from the two separate folders. To illustrate, one Roon imported album X might contain track 1 from the domestic pressing folder, track 2 from the Japan for US pressing folder, etc. The same discombobulation can affect Roon import dates and user applied tags. If the Japan for US pressing album gets a Roon user applied tag “JAPAN,” a later scan may switch that Roon user applied tag to the domestic pressing album; it also may swap the import date if the two album X pressings were imported into Roon at different times.

I can confirm this issue. I just added a HDCD decoded version of an existing album and things got all messed up. Duplicate tracks in the 16 bit version showing up as parts of works and missing tracks in the 24bit version.

I was able to manually fix things, but very weird what it did in this case.

Thanks for the report @WiWavelength and @DrTone, our tech team is looking into this behavior.

Here are two screenshots that demonstrate part of the Roon confusion with multiple pressings of the same album. Note the dates Added, Modified, and Created. Factually, the “Thunder” domestic pressing was Created and Modified, then Added in December 2016 – the “Thunder” JVC Japan for US pressing likewise in August 2017. But Roon erroneously has swapped the date Added chronology between the two folders. The bug particularly is apparent with the JVC Japan for US pressing folder, since Roon shows it as being Added eight months before it was Created. 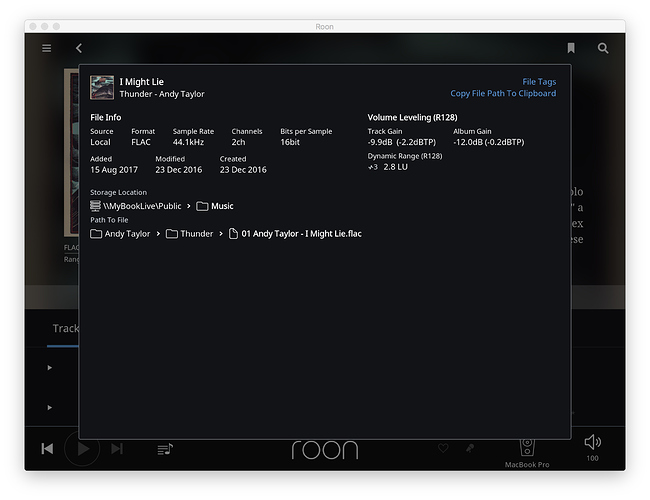 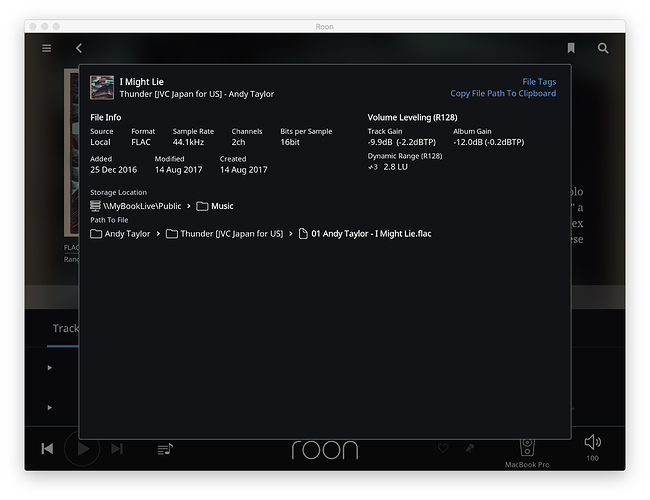 I have other instances of similar behavior. If I have time, I will post additional screenshots.

hi, @WiWavelength, could you please post a screenshot, which illustrates how Roon sees these tracks when you open the album?

I manually fixed mine already.

If it helps it was a double album and had a mix of 16 & 24 bit tracks. I’ve added numerous other alternate album versions since and it has been fine. These were all simple single disc one format versions.

I, too, manually fixed several albums. But I also found several pressings of Billy Joel “The Bridge” that Roon disheveled in number of imported albums, tracks, versions, and import dates. I have not corrected any of that mismanagement and will post some screenshots later.

@Ivan you should be able to reproduce my scenario by doing the following:

Take one of your albums and copy it. Put the following at the end of the album folder name and album tag. Preceded by a space of course.

My folder structure is pretty simple artist folder and each album gets it’s own folder under artist.

@Ivan @support was this reproducible with my instructions?

As promised, here are a few screenshots from album imports of several CD pressings of Billy Joel “The Bridge.” Roon has created four albums from three separate folder instances of “The Bridge.” 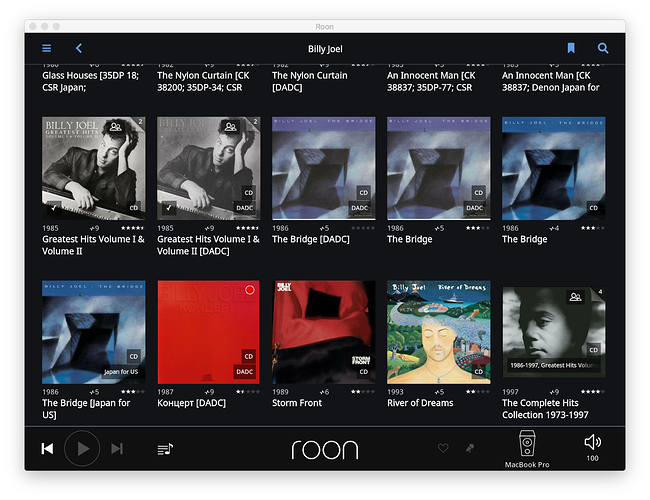 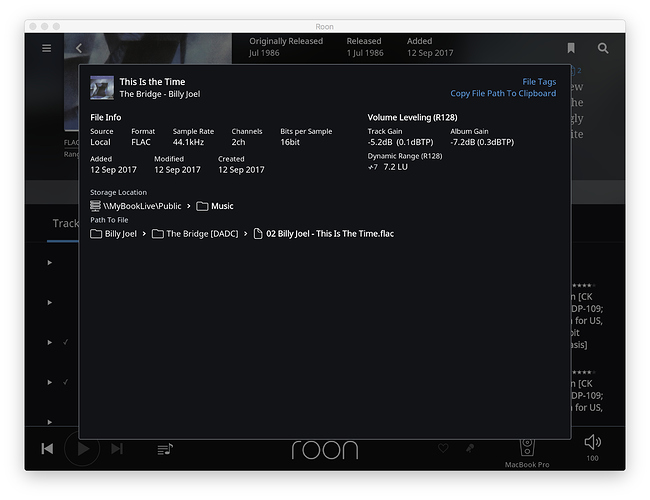