Hmm, something weird is going on with the ‘artists’ pictures. They are all moved up a bit. Previously I could see their faces, now their faces are out off my tv display.

First world problems I know, but still. If this can be fixed ‘server side’ be my guest.

I notice that photos are cutting off the heads. I’d rather have it trim from the bottom if going to cut the photos.

Also would be nice to have Apple TV as a direct option for display.

The photo scaling issue is much more dramatic if the image used is not a wide screen image. Shuffling by tracks just to try this new Chromecast display out and I’ve already encountered several artists who have lost the top half (or more) of their heads… Nice touch on multi-artists tracks though - the display cycles between artist images.

@dylan, @brian will something be done about the scaling issue with the ‘artist’ picture that was reported by Joe, Mike and me in this tread? Until now there has been no written reaction to it.

To illustrate the problem, it looks like this on my tv: 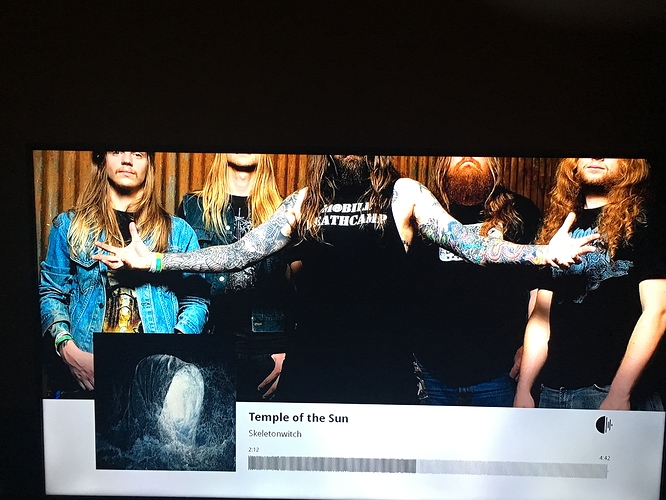 And the ‘artists’ picture looks like this on the roon artist page: 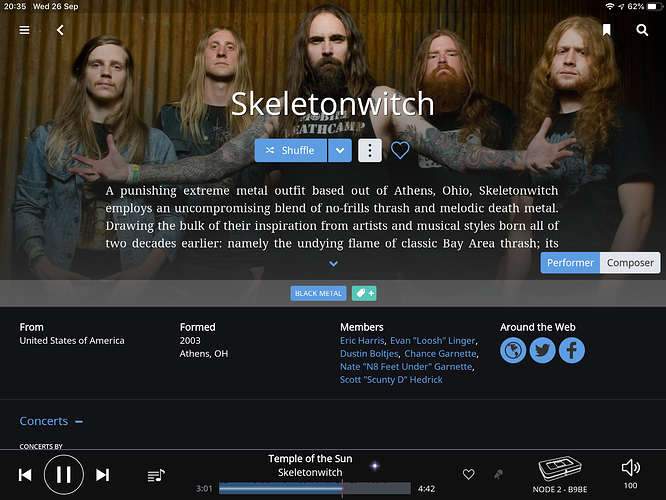 I hope you can solve the problem.

Yes, we’re looking into it, but it will need to be addressed in a future build.

Artist picture cut off at top as stated above.
Words initially hidden behind album cover (half of sentence cut off).
Some songs lyrics are out of time with the words.
Can the lyrics be turned off? So sorry to say it, but the lyric feature is not really for me - it makes the display look a bit like a cheap karaoke machine…

It looks like the whole image is scaled up, not just the top portion - I think your TV may be doing this (overscan). Try looking in the TV menu picture settings for zoom settings, and set it to “Full”, or change the aspect ratio to 16:9. It’s unfortunately called different things by different manufacturers, but this could be the issue.

The problem is that before this release the scaling was perfect and I also have no problem with YouTube, and movies on Apple TV. So if all other media plays very well without scaling problems why would I change the settings?

Besides, I am not the only one having the problem as you might have seen in this tread.

Mmm, must be a scaling issue with Roon then, it was just a thought

Is it working for you?

I have to confess, I haven’t yet had a chance to try. But I will, and report back.

Sorry if this is a duplicate. I could not find another support request.

The image cropping on the new web display seems to follow some wonky logic as pretty frequently the artist’s head is chopped off. I realize that there may be some cases where the bottom of the photo should be preserved rather than the top, but it seems that if you have to choose one or the other, you’ll get less issues if you assume that the artist’s head is near the top of the photo and crop from the bottom.

Is there any code that recognizes where faces/heads are and can thus crop in an intelligent manner?

Known problem the roon staff are on it but fix will come in a future update.

Thanks. I thought I had seen it reported but could not find it this morning.

Nothing really to add here - but see image below… 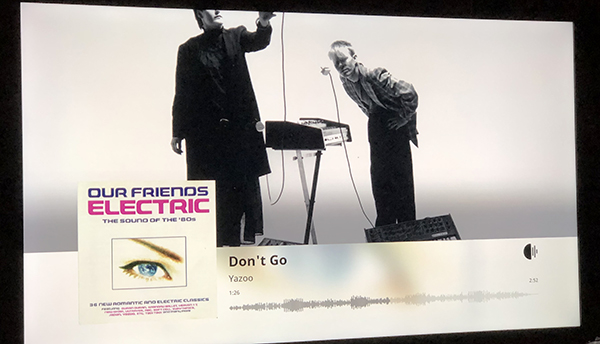 It’s as if Vince knows there’s a problem and is bending down so we can see his head!

It is a bit odd that the Roon team would roll out a feature with such an obvious flaw that must have been detected by any significant use before release, or that it would thus be months and still not fixed, while other bug fixes are rolled out. Maybe Roon is working on some AI based image recognition fix, but before then, maybe just a quick fix of cropping at the bottom rather than the top would help.

cropping at the bottom rather than the top would help 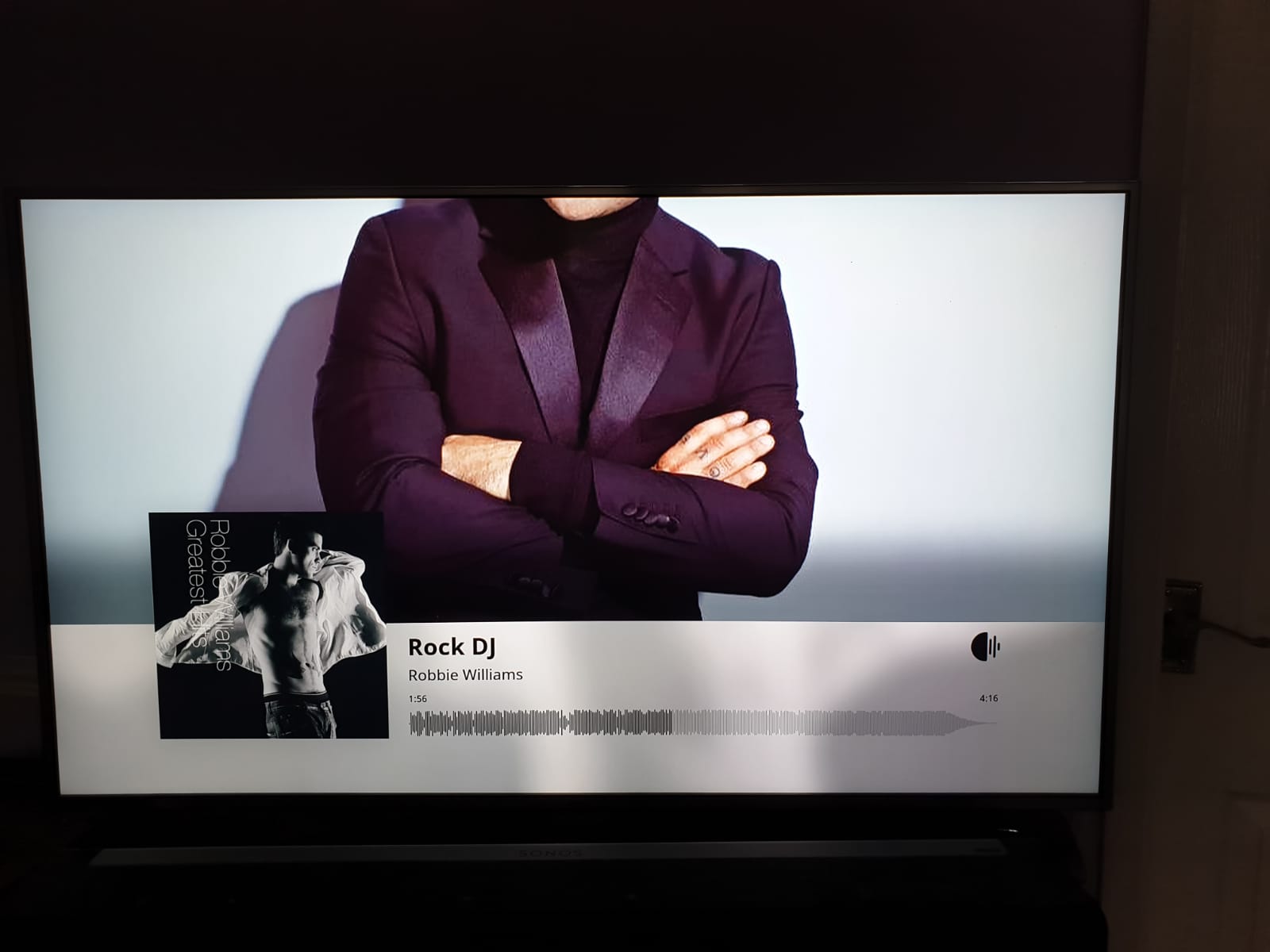 Two years on and it is still doing it. I’ve had this issue since I joined Roon. Not sure why the thread dried up without resolution? 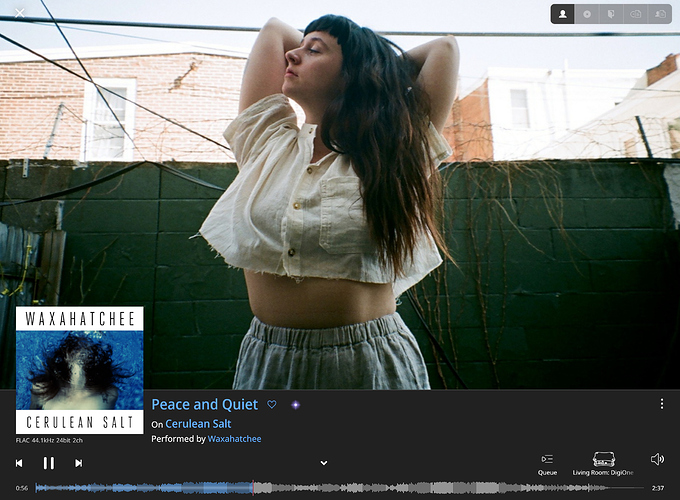 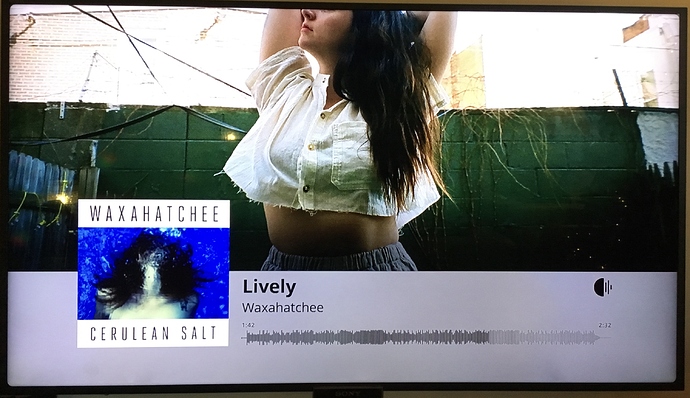