Roon does not import all tracks

new albums are imported on the NAS as maps and flac files. It takes a very long time for the album to appear in Roon, sometimes incomplete (missing tracks), it may take hours. When an album is not recognized this may end up in Roon messing up metadata. What are the correct settings?

Have you gone into Settings>Library>Skipped Files ??. That should tell you why it was skipped over during importing. It might be a file that Roon saw as corrupt, or an incompatible format, or whatever. Sometimes Roon sees a file as corrupt when other software might not. Don’t ask me why, though. I regularly looked under “Skipped Files”, as I’m a heavy importer of files into Roon. It normally shows nothing, but I have had some days where it was 100 files.

Hello @Han_Lauw, Neil has a good suggestion here. Have you checked your skipped files? If you force a rescan of your NAS do the missing files come in?

Hi Neal, thanks. I checked and the files are not in “skipped files” unfortunately

Are all files definitely in FLAC? I had the same issue however some of my hi-res downloads from Qobuz in particular were in WMA format which Roon does not recognise.

I also discovered earlier this morning that Roon does not recognize ape files. I had to convert it to flac.

The files are definitely flac, ripped off the same CD with DBPowerAmp without errors

Worth checking - thank you. Have you done a forced re-scan of the relevant NAS drive and are all files in the correct folder that Roon points to? Again, I am sure they are but it is worth eliminating the obvious… 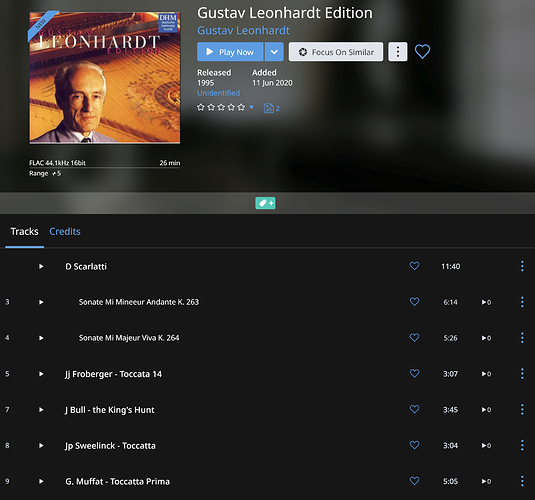 Hello @Han_Lauw, I’d like to take a closer look at the media that won’t import. If you could upload it here, I’ll try on my side and see if I can get things going. Thanks! Please let me know when you’ve had a chance to upload these files.

Hello @Han_Lauw, that’s awesome news! Please let me know if you need help in the future.