Roon does not manage albums with 100 tracks

There is an album with 100 tracks (all Beethoven sonatas played by Friedrich Gulda), where the mapping with the Album “Gulda spielt Beethoven: Klaviersonaten - 2005” is fine, but the 1st, the 2nd and the 3rd sonata are shown as “Piano Sonatas (3), Op. 2)”, but it should read as “Klaviersonate Nr. 01 f-moll op. 2.1”, “Klaviersonate Nr. 02 A-dur op. 2.2”, and “Sonata for Piano No. 3 in C major op. 2.3”. This happens several times also with other compositions, while other compositions are not detected at all. To get significant track names, one has to disable composition grouping.

If your album is a CD rip or download you can separate the Sonatas manually by editing the WORK/PART tags. If you have a streamed copy (which I have) then it is much more hit and miss. Sometimes it is possible to to re-arrange multi-part works by editing them, sometimes not. I have no idea why sometimes you can and sometimes you can’t. In this case I cannot.

As I say it is a common enough problem for anyone who likes Beethoven piano sonatas. Maybe @support can move this to metadata and maybe there is a solution at metadata source. 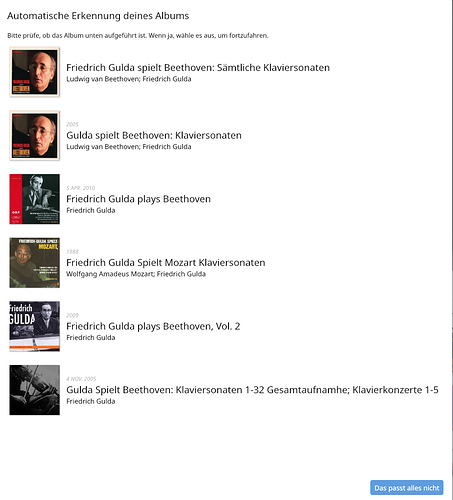 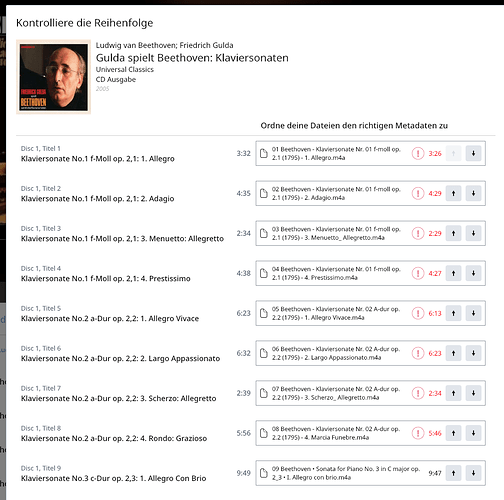 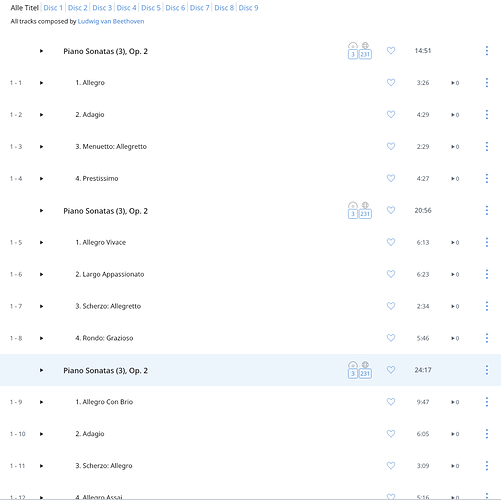 Hi @dylan, maybe these screenshots will add a bit more to @Bernhard_Karbe’s description.

The problem is that there is no consistency with which compositions that share the same Opus Number are being presented. This happens a lot with many composers.

You can see an example here of Paul Lewis where the 3 Sonatas are grouped as a single composition of 12 parts: 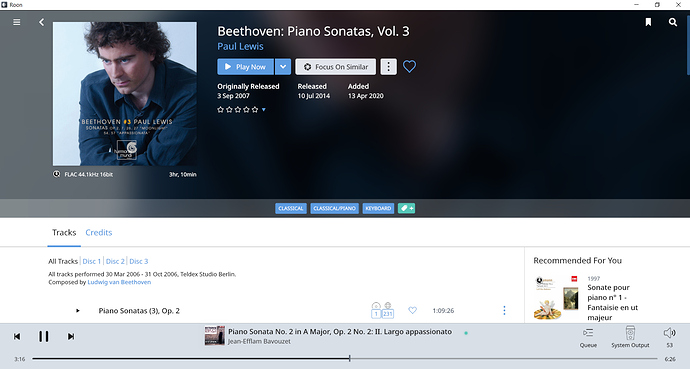 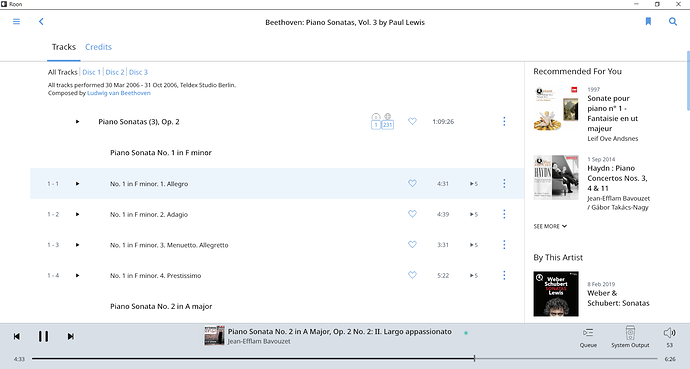 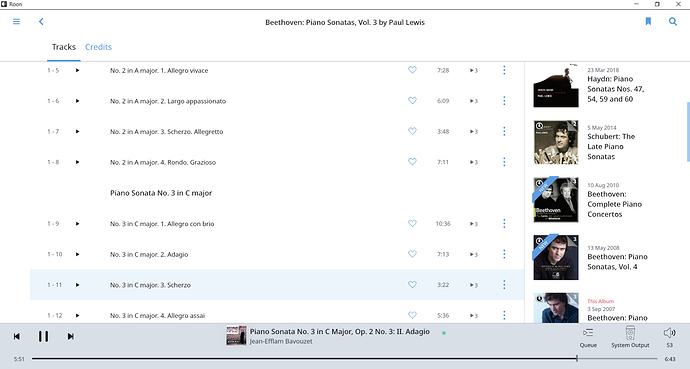 On the other hand with the Bavouzet cycle, the Sonatas are kept separate: 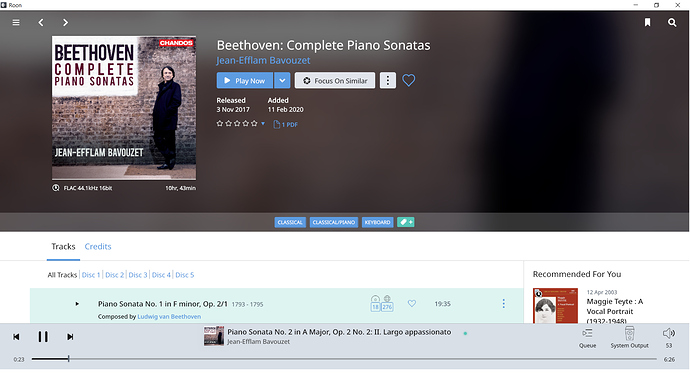 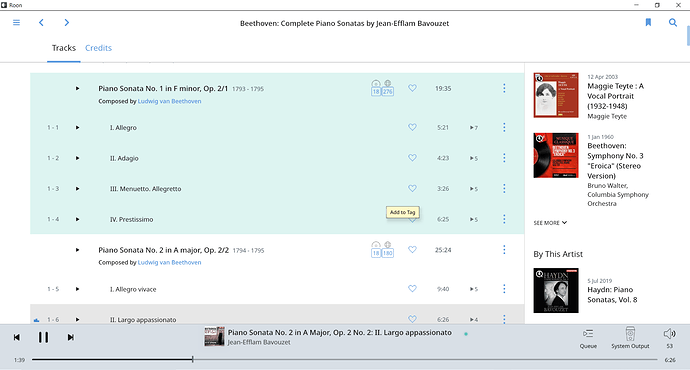 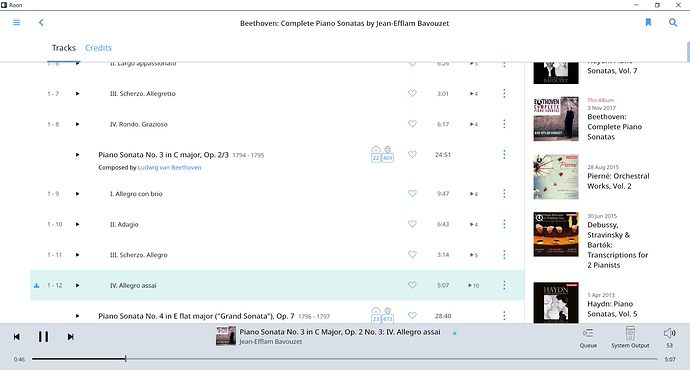 I have not raised this before (and I suspect several others haven’t either) as this is not a problem with a local library. There are enough editing options (with an external tagger) to re-arrange the hierarchy how you want. I am a relative new comer to streaming and what I find is that in general rearanging composition hierarchies is not possible with streaming content. An immediate consequence you can see is that my Paul Lewis cycle is now disconnected from my Bavouzet (and other) cycles. This is by no means an isolated example and the overall effect of an accumulation of the differences with which roon treats a local and a streamed library is to disconnect the two libraries in this and other ways.