Roon does not recognize tracks and album [Solved, Cue Files]

Sorry for my spelling!

I just bought one year license for Roon unfortunately there are many problems recognizing albums and tracks.

I use JRiver and there are no problems, I do not know anything about the PC etc., how JRiver works I do not know but it can recognize music without metadata like Sounddog maybe, but anyway ill keep up with JRiver.

Hi @jens_Hansen ----- Thank you for the report and my apologies for the troubles here. May I kindly ask you to please provide the following: 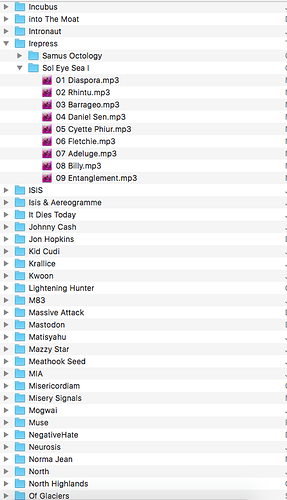 Moving forward…
I have provided you some documentation from our knowledgeBase on why you maybe experiencing the behavior with your musical content when using Roon. Give it a look and let me know if you need clarification on anything

Hello Eric
It is among other album this Elo album Roon doesn’t recognize the tracks and how can i fix that,but somehow Jriver find the tracks
i also have some other albums etc. a Dali mix cd1, it doesn´t show up at all. 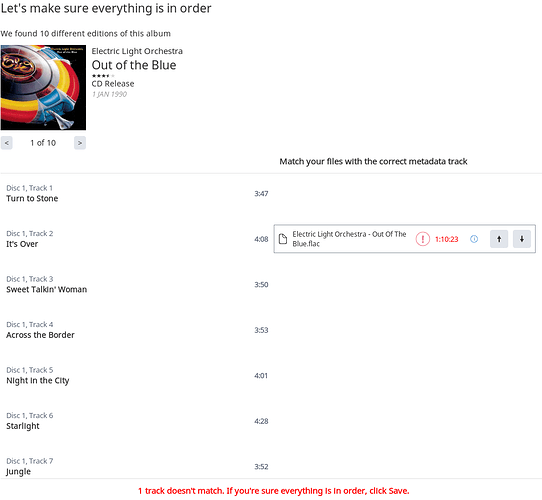 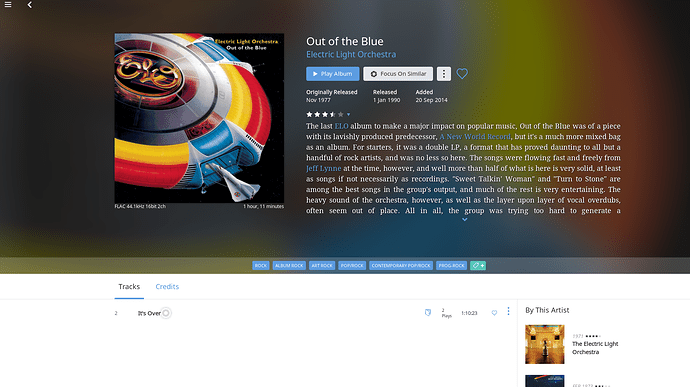 Hi @jens_Hansen ----- Thank you for the follow up and providing the requested screenshots. Are you able to send me a copy of this album in a PM via a dropbox download link? I’d like to test with your media in house to determine what may be going on here.

Roon does not use cue files. It looks like Out of the Blue is ripped as one file and you have .cue to split the album.

Hi @Rugby ----- Thank you for the catch, I must have missed that in the screenshot

@jens_Hansen , upon opening up the content you provided me I am noticing that Out Of The Blue is indeed ripped as a single file. As Daniel has mentioned Roon can not use .cue files.

Hi Eric and Rugby, I didn’t know anything about cue files, I will catch up on it, and see what I can do
thanks and Happy New year

If you use Windows, Foobar 2000 should be able to split the flac file by cue. There are many different programs out there try searching for Cue Splitter.

i tried Xrecode3 it seems that it Work fine now Thanks