Roon doesn’t see client PC or USB connected devices plugged in; only network connected devices. No option to manually add device. Outside of Roon, each USB device is functioning as expected. Just not able to use with Roon. 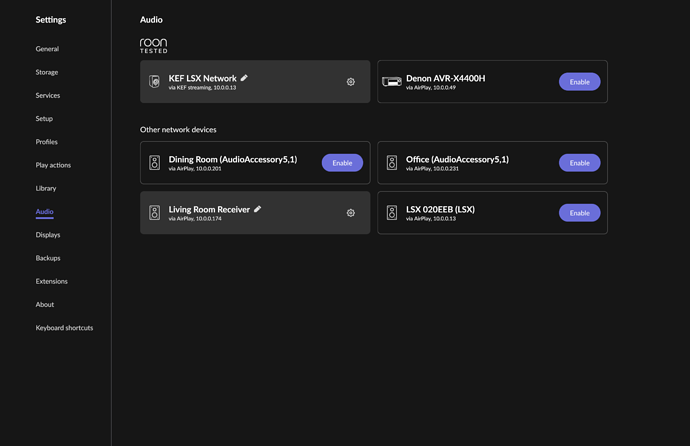 Turn Microsoft Defender Firewall on or off

Get the steps for turning Windows Defender Firewall on or off.

Thanks for the suggestion. I wouldn’t have expected USB connections to be blocked in Roon by the firewall - I use McAfee. 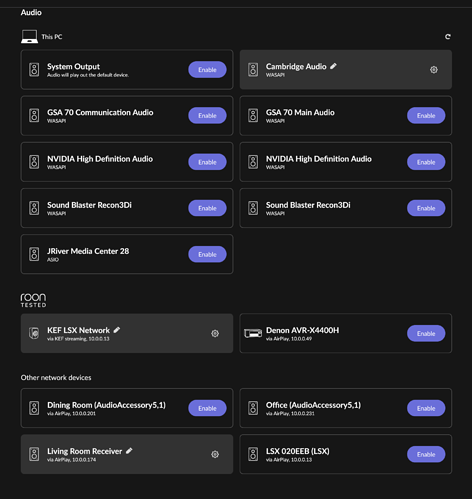 Roon manages audio devices in a separate program from the main Roon app, for a number of reasons. Roon communicates with the audio program using networking mechanisms. It’s a bit silly that firewalls are able to interrupt this, but they can do so when misconfigured.

I am not personally familiar with McAfee, but there is probably a way to configure it so that it doesn’t interfere with this communication.

It appears that the firewall just needed to be cycled off/on. Coming back this evening (with the firewall restored) and a power-off/on cycle between, everything is connecting as expected. No manual firewall adjustments were needed.

Thanks again, you guys – that was just what I needed.

Roon discovery is probably blocked but now that things are discovered you can enable the fw again (at least for a while). I don’t like, for machines where I have enabled a fw, to just shut it off. So, good you’re able to turn it on now and things still work without having to reconfigure things. I suspect at some point in the future you’ll need to cycle again.