If you note from the track highlighted here it recognizes the metadata name of the track as “Tuning”. The file name of that track is actually gd71-12-04d1t01.flac. In all subsequent tracks it is taking the actual file name and not the metadata name of the track. I have tried re-scanning, re-identifying and was so resolved to try and fix this that I uninstalled Roon and reinstalled it creating an entirely new database so that there would be no previous record of the album. Still no change.

It isn’t isolated to one album, there are several. It is not consistent. I can go and update the metadata of the files themselves outside of Roon and usually Roon will recognize the changes, but as in this situation, not always. 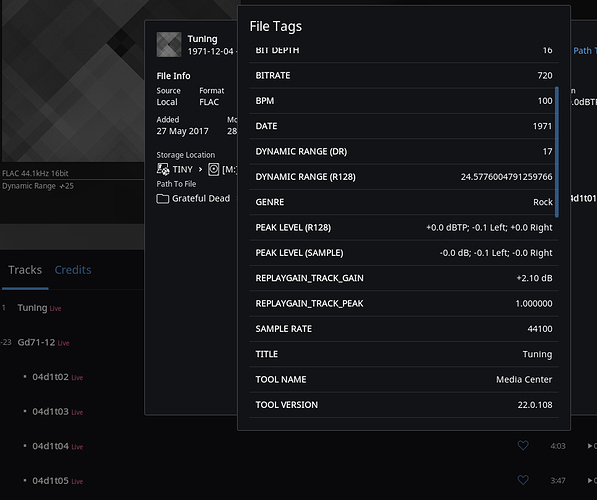 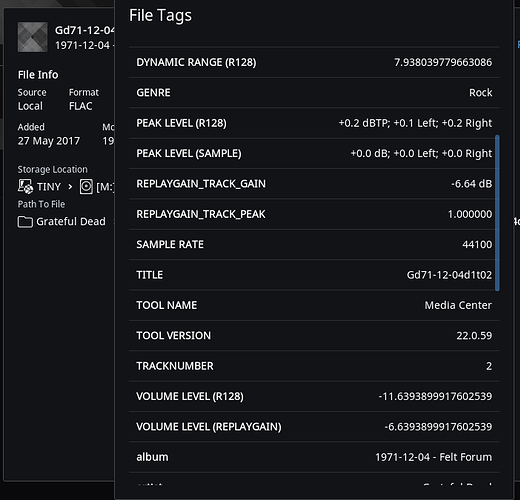 With my reinstallation of Roon I started getting these errors. I’m going to have to do another uninstall/reinstall and hope that fixes that problem. I never received this error prior to reinstalling Roon in an attempt to resolve the first issue.

I think I found out what the problem was. It looks like the metadata program I was using wasn’t updating all the files. This only addresses the core metadata issue, not the application error.