Roon is not playing the MQA version of the song!

Hi,
In my set up I use a Meridian Explorer2 with Roon to play MQA songs.
Now I have a problem that Roon does not play the MQA version of song even if it is displayed.
This can be seen in the signal path.
Any suggestions to what is wrong? 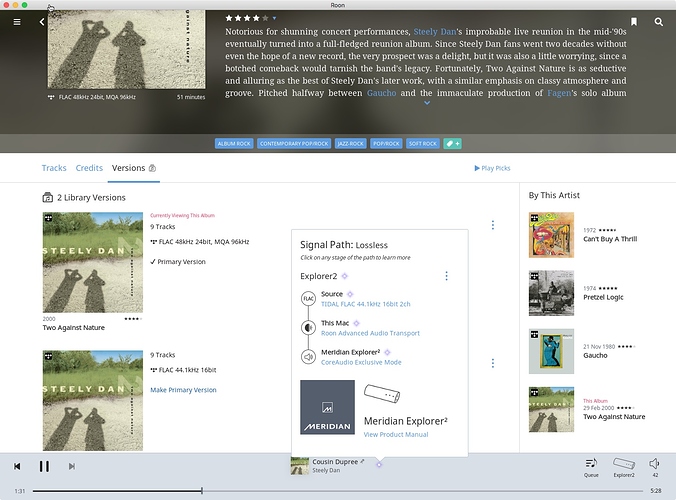 When I play the same songs in the Tidal application Tidal plays the MQA songs.
I am using a Macbook Pro with High Sierra.

Just started playing Steely Dan’s Two Against Nature album from Roon and its playing as MQA for me. 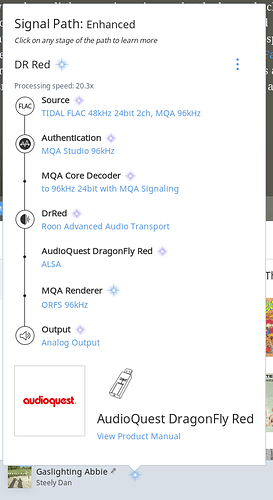 If you have not already done so you might trying to restart your Roon core or rebooting your Roon server.

I just restarted the Roon core - not solving the problem.
In the Tidal app all works fine and I get the right lights on the Explorer2

Just played all 10 tracks on the album and got an MQA signal path similar to the one I posted earlier.

I believe you have chosen the other version of the album before starting playback, I see that 44.1/16 is being listed as the source in your Signal Path and there is an alternate version of this album.

Hi,
I have Tidal HIFI and a Lifetime Roon subscription.
I use a Macbook pro with High Sierra and when playing e.g. Steely Dan Two Against Nature - Gaslighting Abbie via the Tidal app on to my Meridian Explorer2 it says MASTER ad I get the blue light on the Explorer2.
When I play the same track via Roon (using Tidal) and choosing the MQA version (the graphics show that the right version is selected) I dont get the blue light on the explorer and the signal path say that it is not MQA 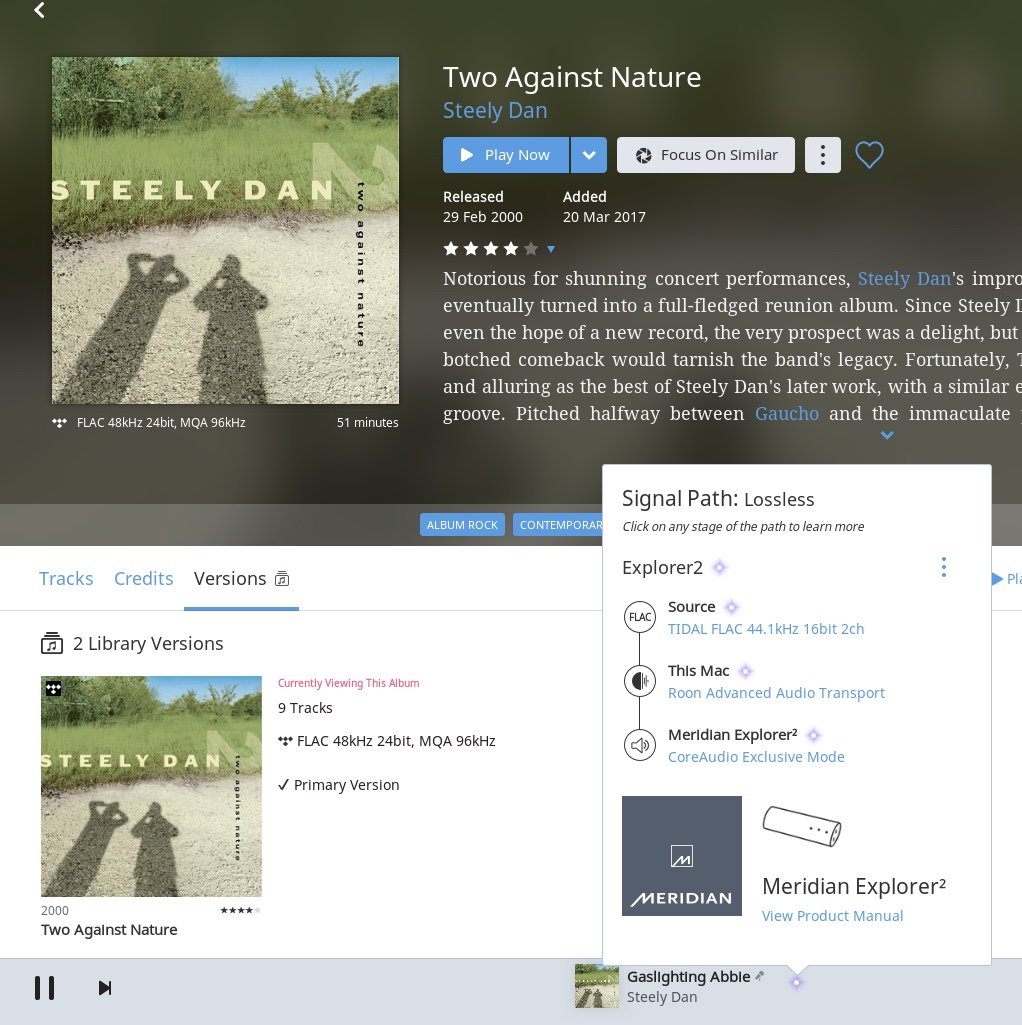 I’m in the US and use Tidal with Roon. When I play Gaslighting Abbie via Roon my Signal Path shows it is an MQA track.

When I went to save my Signal Path I saw that I had saved an image of one from February 17. Looks like you reported this same issue ten days ago. I just played all 9 tracks on the album again and Roon identified them all as MQA tracks. 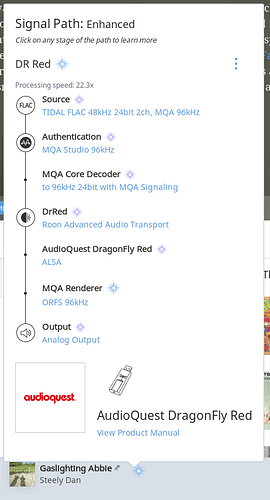 Not sure why you are having this issue. I only have the MQA version in my library. Maybe you should delete the CD Quality Tidal album if it is still in your library.

Yes you are right I reported it earlier (forgot it) and I will try to remove on and see if it works.

Hi All,
My Mac crashed on me and when installing Roon on a newer Mac all problems disappeared…

Are you still trying to get Roon up and running on the old Mac? We have sometimes seen this issue be fixed by following the instructions outlined here. If Roon is working as expected on the new Mac, please let me know this.

As for the original issue mentioned in this thread regarding MQA tracks, have you resolved this? If so please let me know so I can close this topic.

Hi Noris,
The old Mac is dead and everything seem to work fine on the New one!
Thank you