Seeing a weird issue occasionally with album versions available in Roon vs. Qobuz. Here is my recent example:

Wanted to listen to the remaster of Van Halen II, and compare it to the original pressing. There are multiple remasters however the 2015 remaster done by Chris Bellman has the dynamics intact, so wanted to have a listen.

So in Roon I get this: 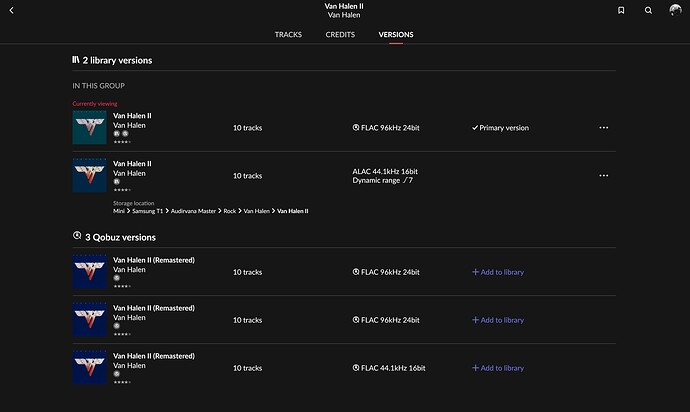 Roon shows 3 different Qobuz versions. I’ll ignore the redbook version, so looking at the high res releases. If I go to Qobuz there are only two versions. The original version (green cover) and the remaster.

If I have a listen, it is night and day. One of the remasters is loud and brick walled, the other sounds very close to the original. But quick look at the metadata on the remasters shows me, under both versions, that the remastering engineer is Greg Geller. 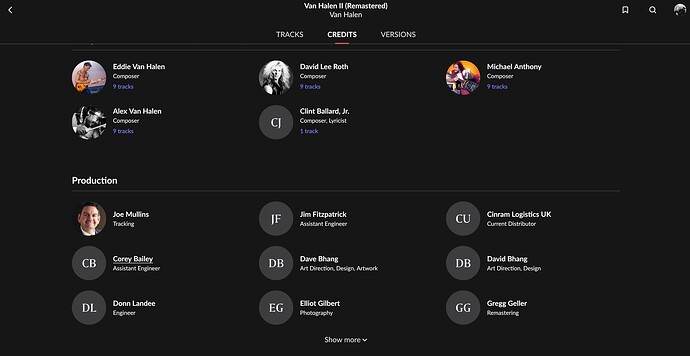 Qobuz shows me two versions, the original (which I already have in my library), and 1 Remastered version. 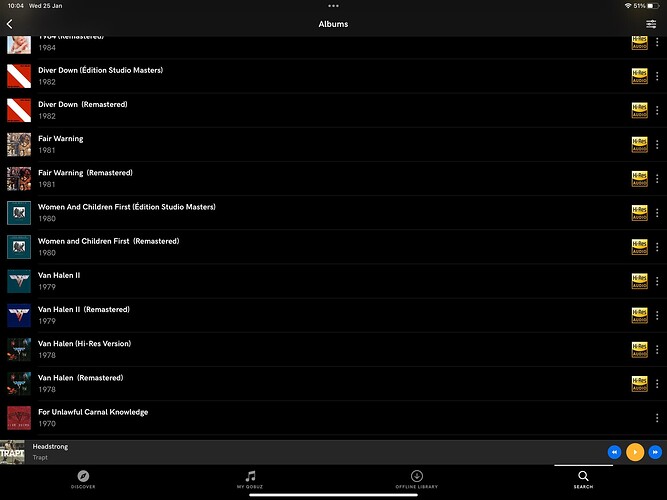 And let’s look at the credits for the Remaster that shows on Qobuz: 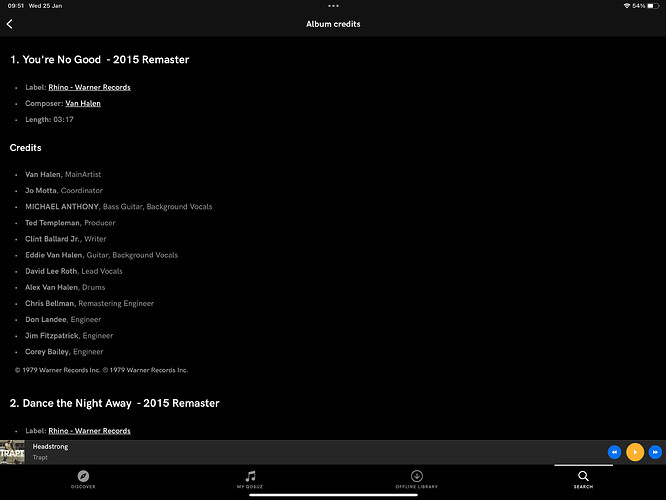 This shows correctly that the remastering engineer was Chris Bellman…

So, two questions I guess:

Makes it very difficult sometimes to pin down a specific version of an album, and involves some guesswork and good ears !!!

Ok, I think I know what is going on here.

The 2015 Bellman remasters (6 albums from the Dave era) were done in 96/24 and 192/24. Qobuz seems to passing both to Roon. One is better than the other (the 192/24 has full dynamics intact). But somehow 2 albums in this set coming from Qobuz are mis-labeled somehow. Both VH II and Women and Children first have 2 x 96/24 versions, but listening to them you can hear the different mastering.

Question: In the Roon signal path, does Roon do its own evaluation of what the source is, or is that simply metadata passed from Qobuz to Roon and displayed in the signal path? I suspect the latter, then explains what I think has happened (on the Qobuz side).

Still does not explain the metadata being different though…