RPi4 with Ropieee XL connected via USB to a DDC Gustard U18, then Gustard U18 to Gustard A22 Pro MQA via I2S.

Roon shows me the path in full decoding MQA but Gustard A22 Pro MQA shows me only 88Khz PCM. Why? 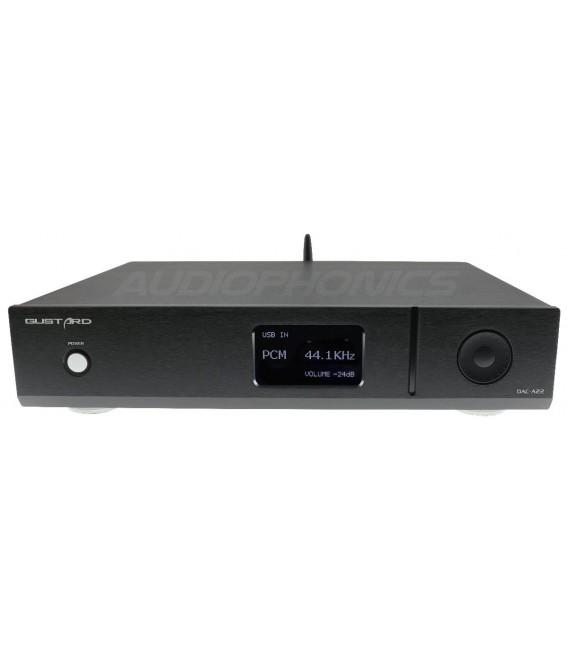 Suggests that MQA is only supported via the Optical, AES/EBU input…

No, just tried both and it’s the same

Roon shows me the path in full decoding MQA but Gustard A22 Pro MQA shows me only 88Khz PCM.

Maybe you can share your signal path, device settings and DSP settings (if in use)? 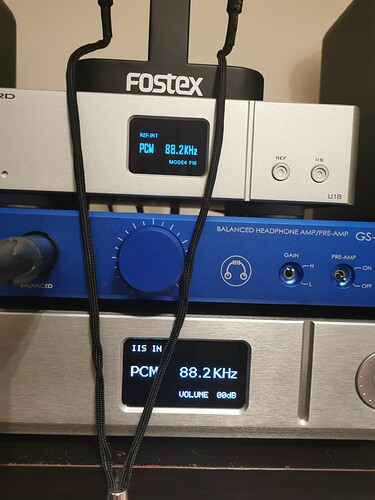 As can be seen from your signal path, Roon is sending the unprocessed MQA FLAC stream to your Ropieee device where it is sent via USB to some Gustard device. The full decoding happens on the Gustard device(s). You may want to consult the manual or ask Gustard support about what is or should be shown on its display when (properly?) processing MQA.

AFAIK some MQA only unfolds to 88kHz.

Gustard A22 Pro is a Mqa full decoder

I am pretty sure that display on the DAC is incorrect. It shouldn’t be showing the 88.2 rate as a properly certified MQA DAC. It should be showing MQA related information and not raw bit rates. 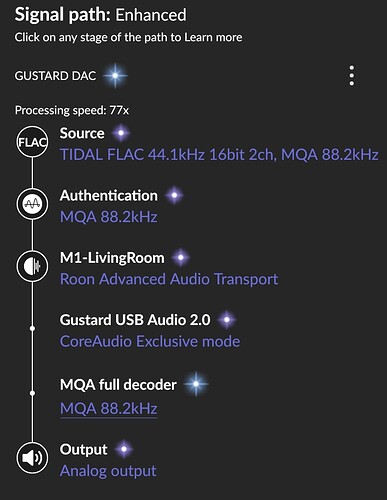 I’m not finding any. I should explain that I no longer subscribe to Tidal premium, for some reason I’m still able to stream some albums still as MQA, mostly ones that I had saved in my library prior to downgrading my Tidal subscription.

It is what the DAC displays that concerns me. But MQA and the target resolution is what should be displayed. That isn’t what the above photo’s posted by the OP appear to show.

Note: What the manufacturer support writes about MQA capabilities of this DAC …

Could the OP @Gianluca_Schiavone try MQA with different sample rates? 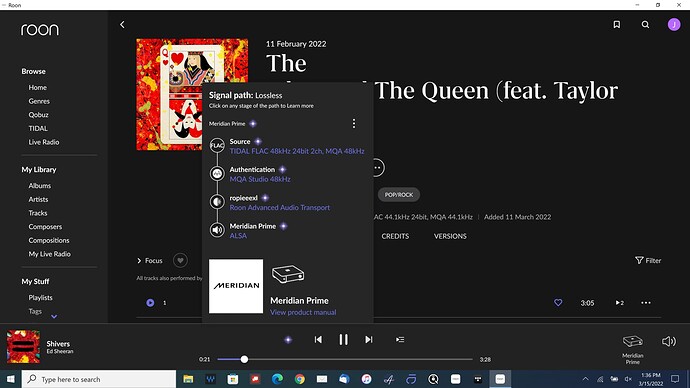 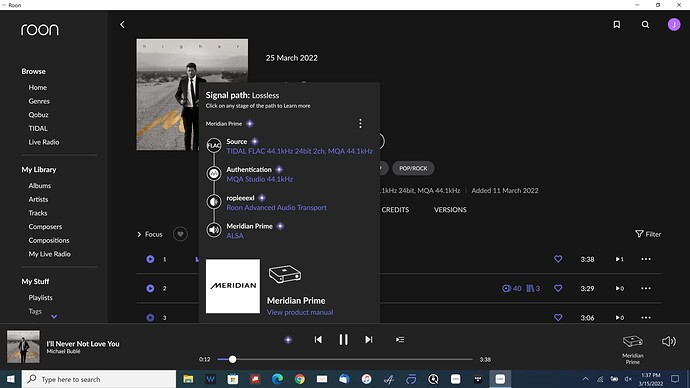 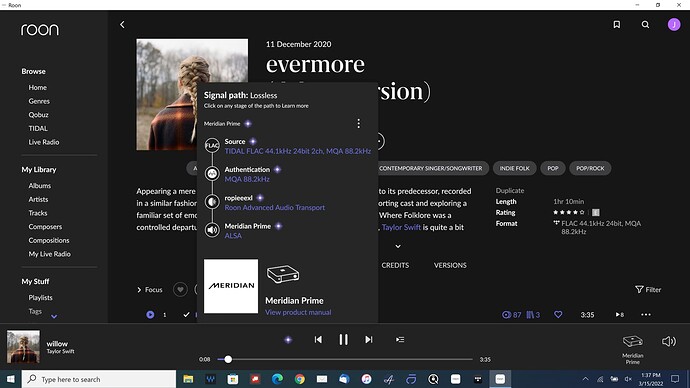 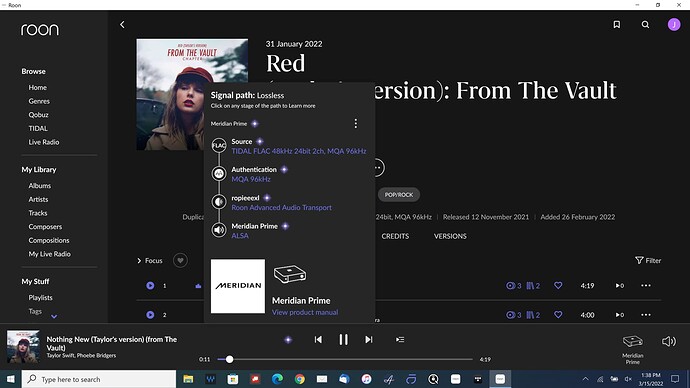 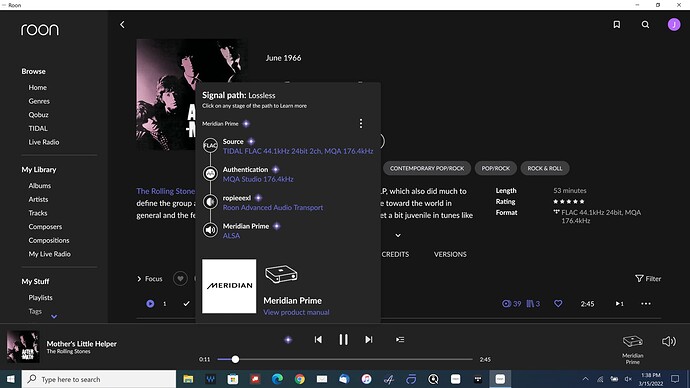 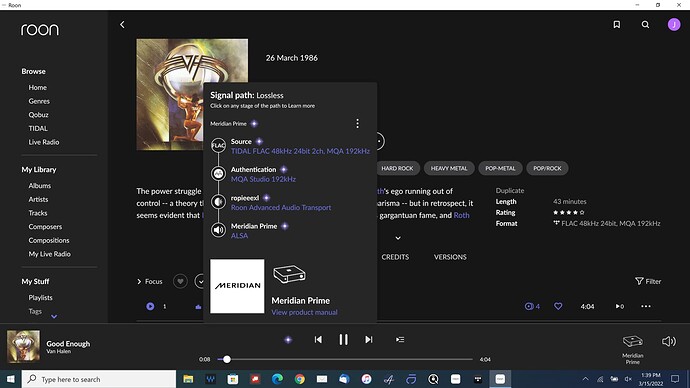 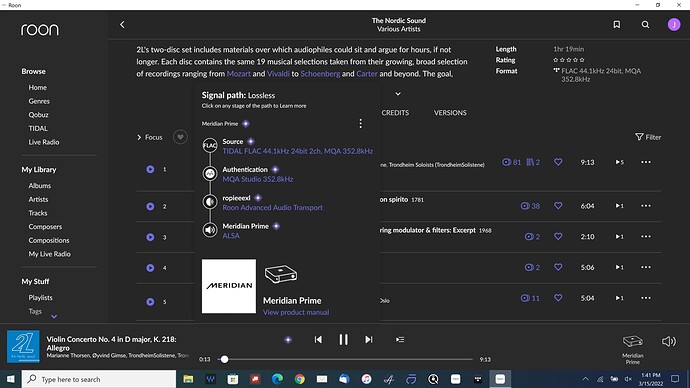 This is what I see with AudioQuest Dragonfly Cobalt that does 24/96 (renderer) and with Roon decoding turned on playing through RPi4 Roon bridge. 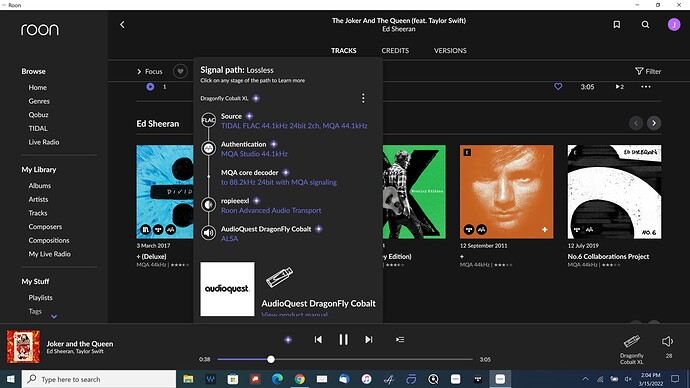 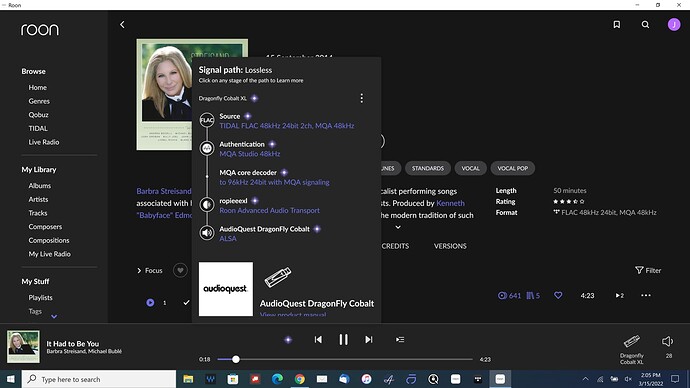 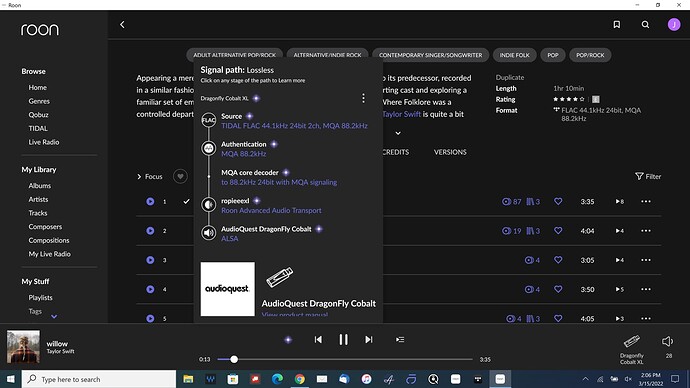 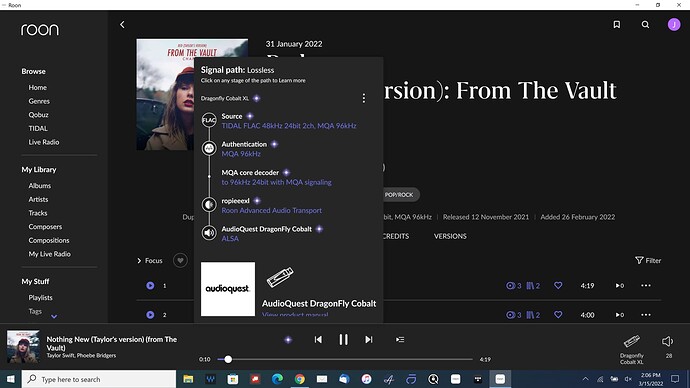 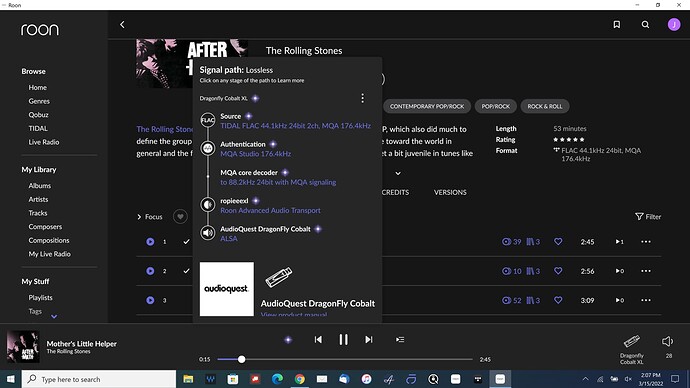 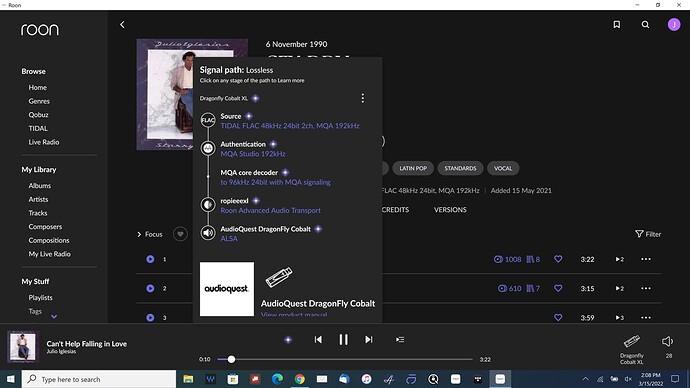 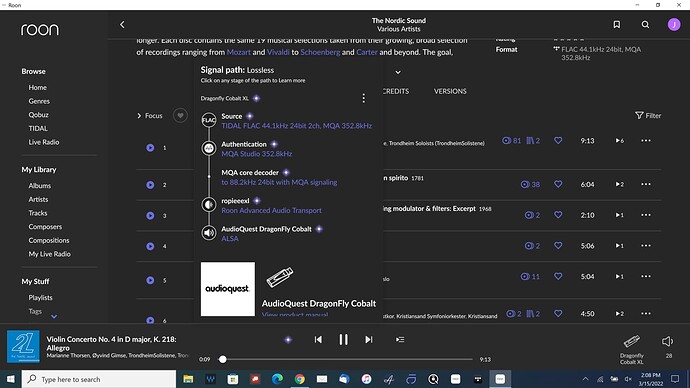 This is using Roon on Dell XPS 15 with direct USB connection to Meridian Prime. 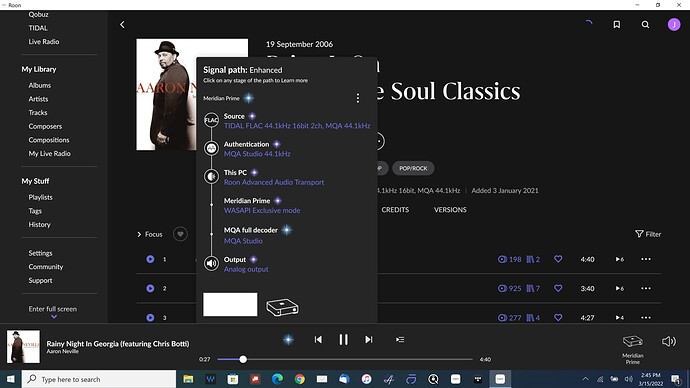 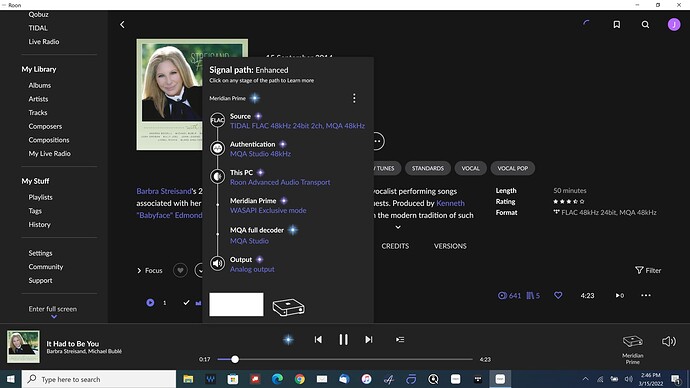 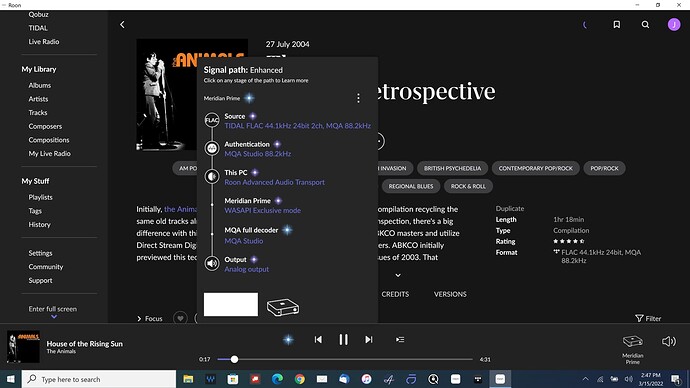 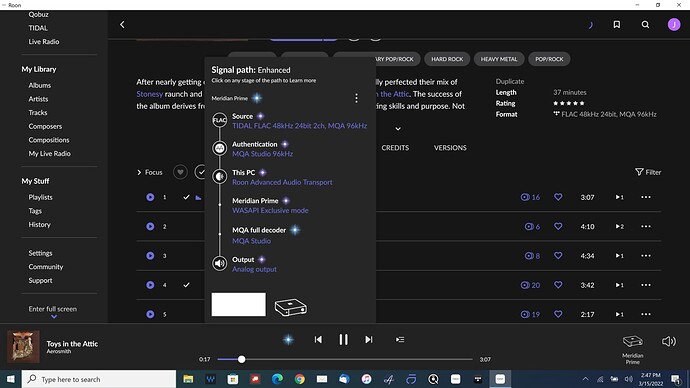 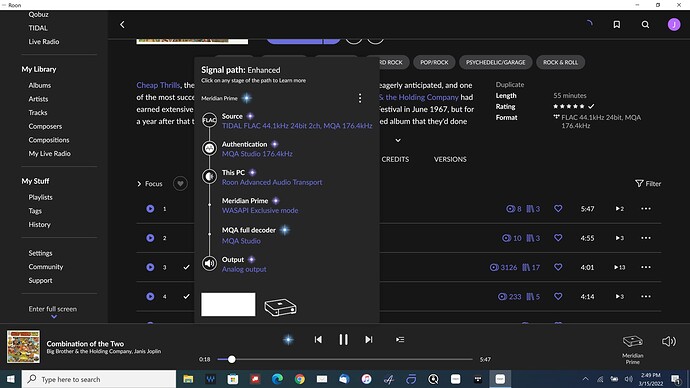 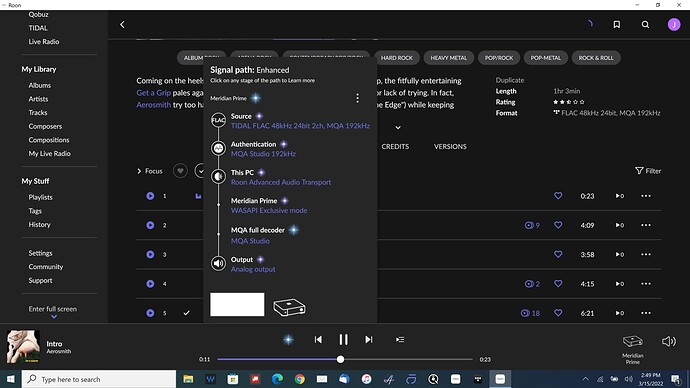 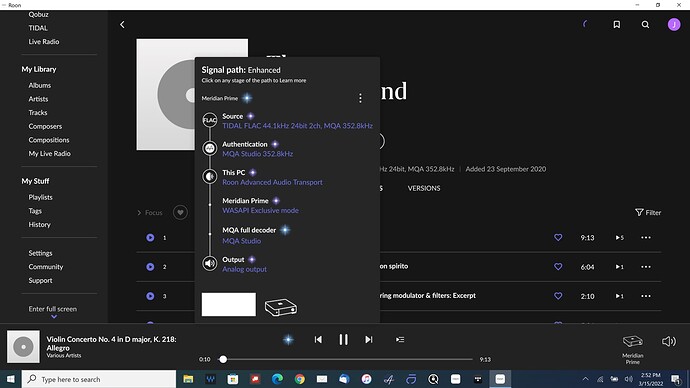 So, Roon thinks it is talking to a DAC but is actually talking to a digital to digital interface which shouldn’t be MQA compliant. Even if it is, the DAC is only MQA via its USB input.