I don’t know if it’s a coincidence or not but after Roon automatically installed the latest update: Version 1.3 (build 269) stable (64bit), Roon is not recognizing any audio devices including the built-in core on my Mac Pro.

My usual audio device is Audiophileo 2 but as you can see from enclosed screen shots Roon recognizes nothing.

I’ve tried restarting the computer (didn’t help)
I deleted the Roon folder from the user library, reinstalled Roon, and restored from a Roon backup (didn’t help). 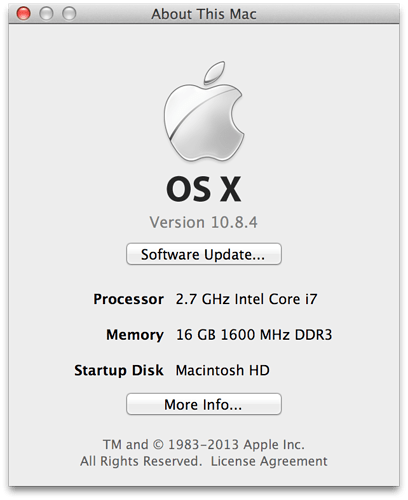 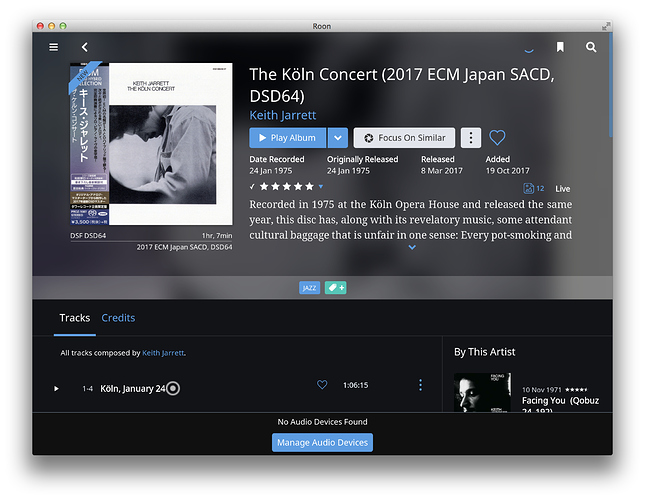 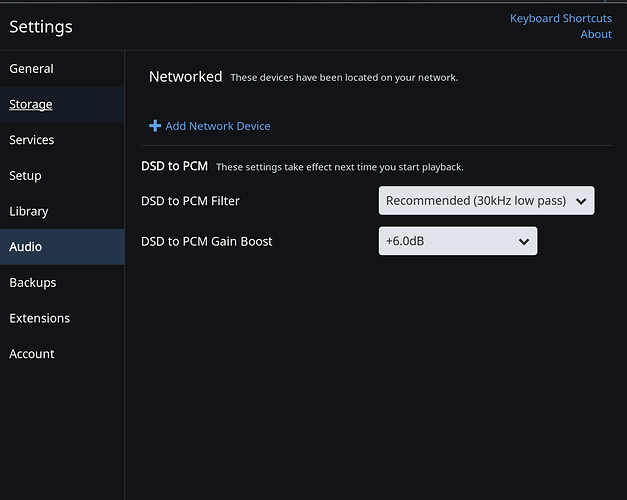 Hi @Paul_Kovit ---- Thank you for the report and I am sorry to hear of the troubles.

Moving forward, we just enabled some extra diagnostics on your account. If you start Roon again, it should submit a report to our servers with logs so we can understand exactly what’s going on here.

Furthermore, without the application running would you kindly access your “user library” once again (same location that you deleted the “Roon” folder from) and rename the current “RAATServer” folder to RAATServer_Old. Then launch the application and confirm what is being listed in the “audio” tab.

I did what you asked and there’s no change in the Audio tab. If I look in the audio MIDI setup app all the audio devices show up there.
Paul

Thanks for giving that a shot for me @Paul_Kovit, very appreciated!

Is it possible you have an active firewall or antivirus application running on this device?

No firewall. No anti virus.

Thanks for the verification @Paul_Kovit, appreciated!

Moving forward, I can confirm that we have received the report from your system which has been passed over to our techs for evaluation. Once I get some feedback from the team I will be sure to update you immediately , you patience is appreciated!

The logs we got from your diagnostic report are still being analyzed by our developers so we should have some additional feedback soon.

In the meantime, I took a quick look and I can tell you that Roon and the audio process both seem to start up fine, but for some reason it looks like Roon is not able to find the audio process. There have been some changes in this area in our most recent release, but of course those changes were fully tested by our QA team and appear to be stable for most people.

Something about your system is reacting differently, so I’m wondering if there’s anything notable about your networking setup – things like VPN, any kind of security software (I know you already confirmed there’s no firewall running), anything notable about how your network is setup, that kind of thing. If we can figure out what makes your environment different, we can try to reproduce this issue in house and get this resolved for you.

We’ll know more once your logs are fully analyzed by our tech team, but I noticed that Eric was looking into this and wanted to drop you our sense of what’s going on here – maybe something rings a bell.

Thanks for your patience @Paul_Kovit!

Hi Mike,
I’ll get back to you on this tomorrow morning.
Thanks,
Paul

Sorry guys. I gave you some misinformation. I checked the firewall settings on my MBP and it was turned on. So I went into the advanced option tab, saw that the Roon and RAATserver folders were set to block incoming data, changed those settings to allow incoming data, and voila, my audio devices returned to the settings>audio tab. I apologize for making you troubleshoot pilot error.

One thing that puzzles me…why would a network setting have an effect on “connected to this Mac” devices. Seems counterintuitive.

Anyway, thanks for all your help both now and in the future.