I recently purchased a Linn Selekt DSM (Roon tested), but since connecting it to the network, I have been not been able to get a consistent connection.

Occasionally, Roon will see it: 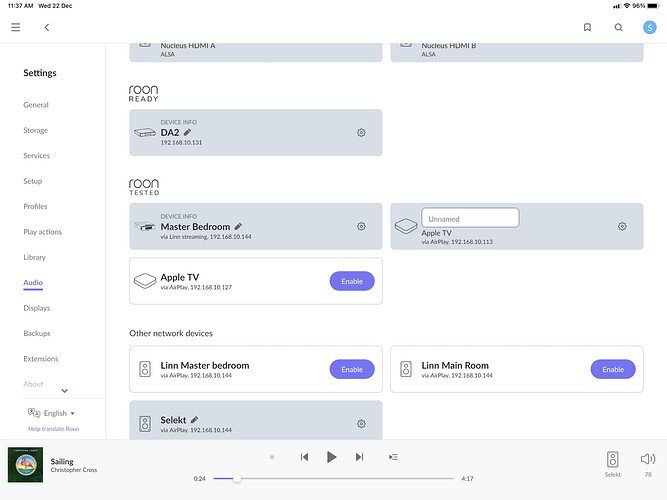 But it quickly falls away and I am left without it: 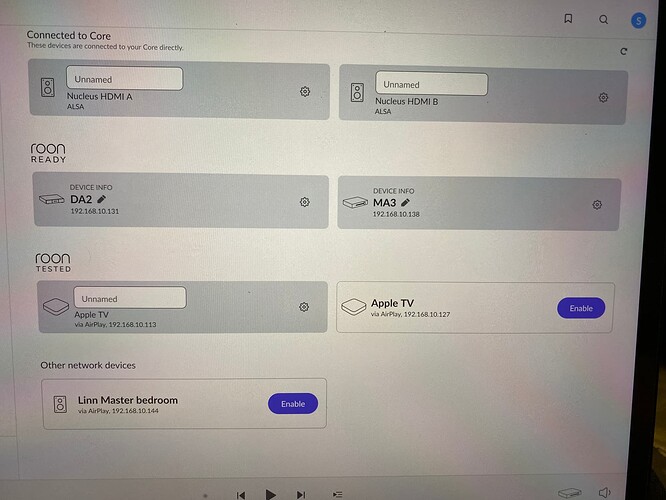 You will notice that Roon sees this in Other Network Devices, but this is via Airplay - so the sound quality is poor and I don’t get the metadata.

I have tried the following:

A previous user has suggested that I reroute the Linn Subnet setting, but I can’t see how to do this. In any case the IP address appears to be correct: 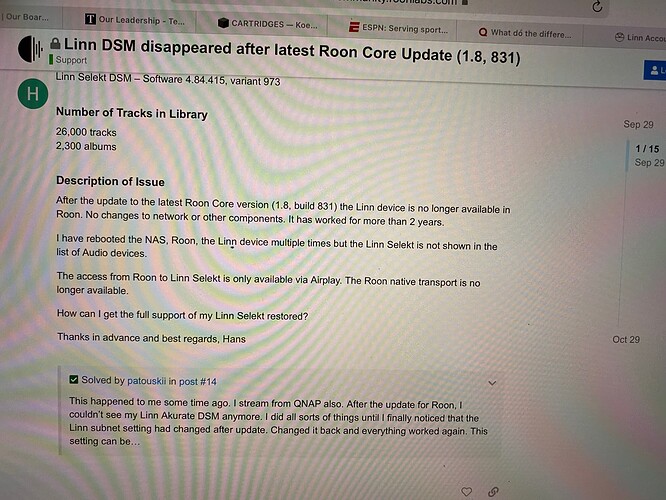 I’m having a similar problem. The Linn Selekt was showing up as a device for months in Roon but suddenly is no longer an audio device appearing in Roon. Accessing the Linn via the Linn app it says “Waiting for Roon” indefinitely. I’ve restarted both, and both are on latest versions. Ideas?

Roon latest build is 884.
Can you update to this latest version and see if any improvement.

Hi thanks for responding.

I’m at Build 884 but unfortunately no change to the situation.
It sees the Linn under Roon Tested after a reboot but after a few seconds it disappears.

Look for Subnet for Linn streaming setting and if there’s more than one ip, try them all. 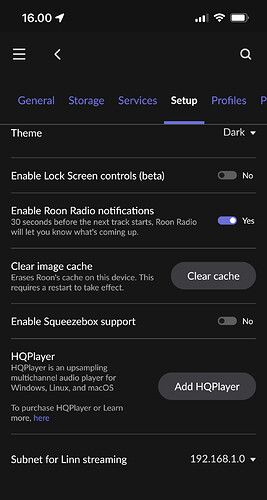 This setting is in Roon. You don’t need Linn’s own app for Roon streaming.

Hi and thanks for responding. Yes I found it on Roon. There’s only the one subnet stream and its identical to the one on the Linn site.

The Linn’s primary subnet string digits match up to the 3-4 other devices that I’m concurrently using as Roon end points, including the Roon Nucleus, and are working fine. So it appears its pointing in the right direction.

I tried a full reboot and reset to see if Roon would dynamically reassign another subnet, but it went back to the same subnet.

Power cycle the whole network starting from the router.

If that does not help, see if you have a “Filter Multicast” in router setting, toggle it and see if it makes any difference.

I tried a full reboot of the router.
I reassigned and reserved the IP address for the Selekt and added a priority (plse see attached pictures). 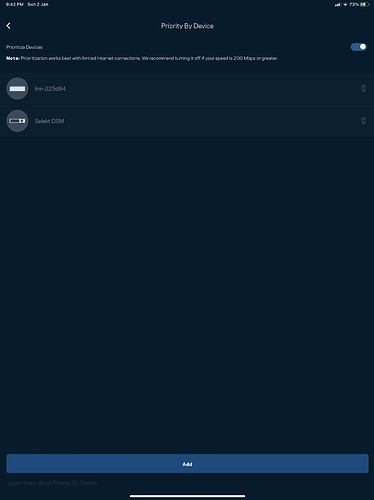 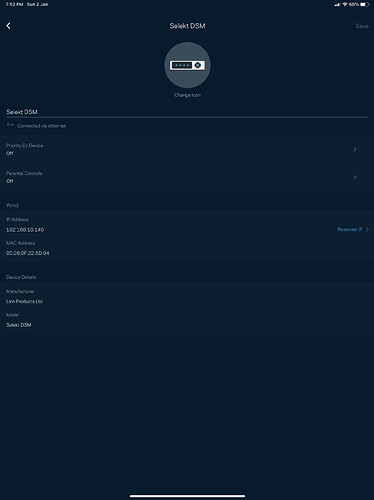 I’m not sure a priority setting is a good idea.

Please go into the router web configuration and see if you can find anything related to multicast or IGMP.

I could’nt find a way to tweak the settings on the router.
As a last resort I swapped Roon end points, and moved the Selekt to an end point next to the Roon Core. The connection is now far more stable and I’m keeping my fingers crossed that it stays that way.

Lesson learned for me is that there is a big difference between Roon Ready and Roon Tested. My EMM Lab DACs are Roon Ready, and have no issue whatsoever being swapped around to different end points.

The Selekt is Roon tested, has thus far, looks to be much more sensitive to where it sits in the chain, and to other devices such as routers.