Roon not showing all my albums, and search is inconsistent

I just installed Roon last night on my Mac Mini running Sierra. The source folder is the iTunes folder for this computer, which is located on an external Firewire HDD. Quickly it scanned in what I thought was my entire collection of about 1,800 albums of almost entirely ALAC files (mostly ripped from CDs, but some downloads; and some iTunes store purchases). I also have a few High Resolution Audio albums, all 24 bit with some 88khz and some 96khz sample rates.

I’m finding a number of albums not appearing. I thought it might be my more recent Hi Res tracks, but it appears some others are missing too. Almost all of the Hi Res albums are missing, but I did find a few present.

Also, some albums with similar names are missing. For example, I have several different copies of Peter Gabriel 4, including the original CD, the 2003 remaster, and the more recent 24bit / 96k download. But at least one of these is mssing, and the same is true for Peter Gabriel’s albums 1-3.

Furthermore, when I search for “Peter Gabriel [4]” – the name I have on one of those albums that is showing up, it says no such album found.

I know these problems could be unrelated, but the gist here for me is that I can’t figure out what happened to some of my albums - and I’m not sure if there’s some format or file issue that is the cause; and am also unclear if i even understand how to search/surface these albums.

I’m really eager to get the hang of Roon and make sure it works for ms, so I’m hoping for some help here.

It sounds like there may be a couple of things going on here: 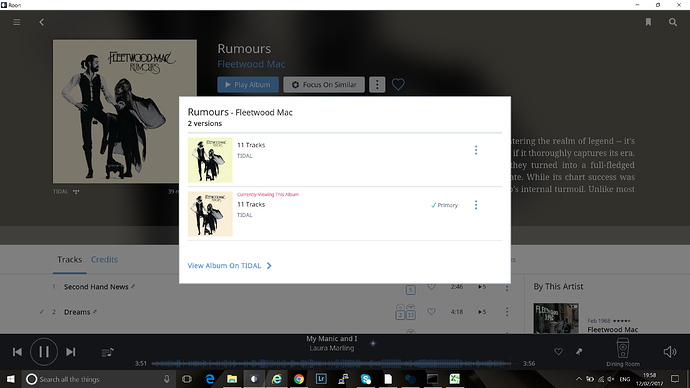