Why aren’t all the albums in Roon displayed by Qobuz? For example, Happier Than Ever from
Billie Eilish not found. At Aidirvana it works perfectly!
What’s going on with you - do you want to lose your customers?

The album was released on Jul 30th. It takes a while for the necessary dump of metadata to occur, see

Maybe you didn’t fully understand what I wrote–the expected number isn’t 12 hours, it’s 3-27hrs on TIDAL’s end + 12hrs on ours. They put something into their database and it becomes available via their API (which is used by the TIDAL app and Audirvana) immediately. Up up to 24 hours passes before they begin dumping that data out of into a feed for us. That dumping process takes about 3 hours. Then we can start downloading it. At this point, 3-27 hours have passed since the data hit TIDAL’s AP…

Thank you for your prompt reply! I didn’t know that, but it’s a bit strange, sometimes the albums are implemented immediately.

The album was released on Jul 30th. It takes a while for the necessary dump of metadata to occur, see

While that is true, this time its the Qobuz server issue Roon has. The album is released on Qobuz. Even if it doesn’t show up in Roon, if you favorite in Qobuz it will sync in Roon. I’ve done this multiple times. Sometime yesterday or today the old issue with the missing Qobuz albums has started again for some users, including me.

Okay, thanks for the info and good luck finding a solution.

If Roon continues with only Tidal lousy MQA and Qobuz with its multitude of problems , I will be using it less. In fact, I already am with Apple lossless.

2 new albums that are available on Qobuz app but not yet on Roon. Nothing unusual, apart from the fact that it’s now 5 days after release. Never known it to take quite so long. 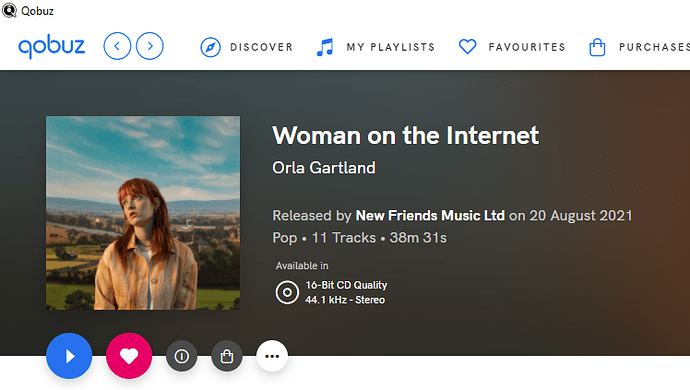 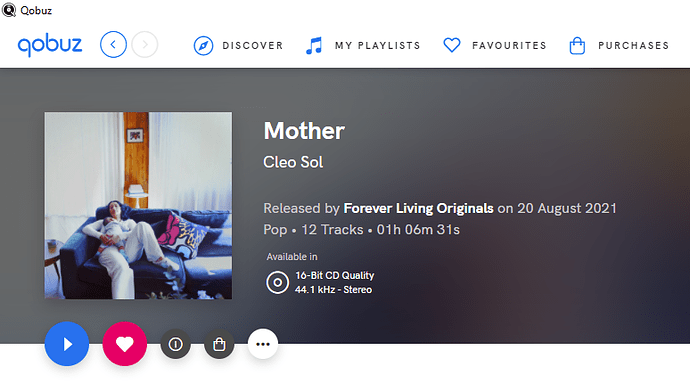 @SukieInTheGraveyard I’m not sure why there was a delay in Qobuz getting this metadata to us, but both albums are now live on our servers.

Thanks Joel. I listened to the Cleo Sol album on the Qobuz app and it was so good that I couldn’t resit purchasing it over on Bandcamp. I like to do my bit to support artists every now and again!

I’m listening to the Orla Gartland album as I type.

Happy days all round!

Odesza’s latest album is available on qobuz, but doesn’t show up in roon.

Roon need a but of time to sync with streaming services and their new releases on Fridays.

Give it a couple of days and it’ll show up.

A workaround which does not work every singe time is to add the new release in Qobuz or Tidal and manually sync Roon with streaming service.

That’s lame. However, I bought the album which I would’ve done anyway since I love Odesza.

Roon need a but of time to sync with streaming services and their new releases on Fridays.

Depends when we get the metadata from the streaming services. TIDAL delivered the metadata for this album in advance and it’s available in Roon now. Qobuz didn’t this time.

Depends when we get the metadata from the streaming services.

That’s what I meant to put across but not in your words. Done it so many times, I’ve run out ways to phrase it

Why does it rely on the services sending the metadata in time and not just query their database in real time?

I’m not and I don’t wanna be patient. This is a premium software. I expect to be able to listen to my music the moment it gets released.

Nothing’s perfect and this old horse has been beaten to death.

I expect that’s not going to happen. Listen using Tidal or Qobuz if you can’t wait. Roon never promised real time, at once, synchronization of new releases with streaming services.

I would still to understand the reasoning behind this dependence.