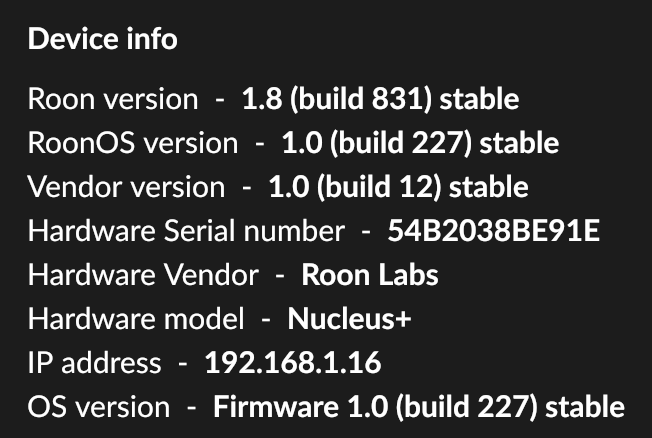 Magenta AT? - I’m not a network admin

All the issues below are on/off issues and appear in 20%-30 of all interactions with Qobuz. As a result, there is simply no usage of Roon with Qobuz without running into errors anymore.

For several months now.
Qobuz titles do not start playing via Roon. Sometimes with an error message, sometimes without.
On the Qobuz app in the same network on the same device, they start without any issues.

For several months now.
Qobuz album page does not load - Sometimes with an error message, sometimes without.
On the Qobuz app in the same network on the same device, they load without any issues.

It’s getting worse for several months now, and there is no proper fix to solve the problems.
A huge part of my Roon experience is starring at these: 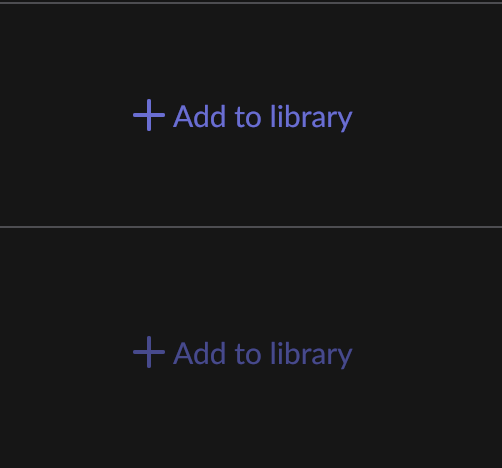 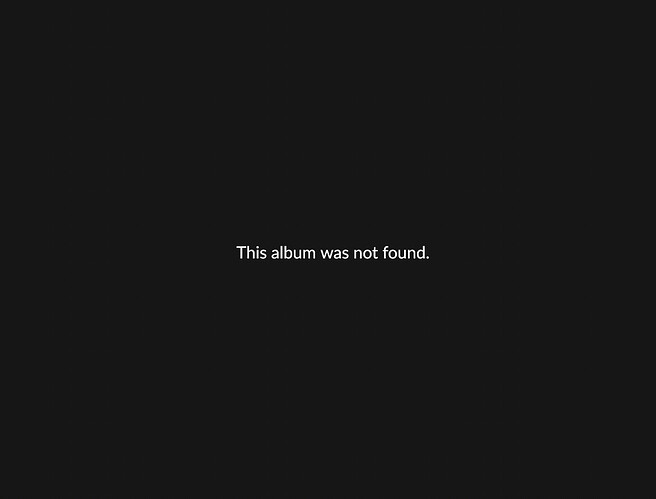 Of course, I understand that software always comes with bugs. I also understand that there is a dependency on Qobuz. But without giving us proper support and solutions, you’re just pushing your problems towards us. This is NOT ok.

That there is no flawless usage with Roon and Qobuz for many users is a known issue. However, there are no proper fixes, and there is no active communication.

I have been using Roon with Qobuz for quite a while now, at least half a year.
There have been no problems with the combination, it just works.
My network i complex and uses industry strength networking components; Cisco and Mikrotik.
VLANs, centrally controlled APs, firewall rules, it is all in my network…!

Roon is a networked service and needs a stable well configured network, including internet access.

If Roon is not working properly, find out if the network infrastructure you are using is up to standard and configured correctly.

Postscriptum:
My core is on a mac mini 2011, 4 core i7 with 16MB memory.
Edit: i have Ubuntu server 20.04 LTS headless as OS for the Roon Core machine.
I stream most of the time, ten folds of hours a week, all from Qobuz (i discontinued Tidal for reasons).
My location is Norway, as that can be a factor.

I kinda agree with the OPs frustration. Not all are network engineers with enterprise grade setups, and the native apps generally work. This will ultimately cost Roon customers if left unaddressed.

I have standard router/wifi from my internet provider without any fancy adjustments.

Roon is an end-customer product. If it does not work with a standard home internet setup like millions of people have at home, Roon needs to address this.

Other products work “out of the box” as well.

I’m not the only one who is complaining about Qobuz/Roon. This and other forums are full of frustrated users. It works for you. Good for you. But how does this help others? No offense, but you, telling us that it works for you is just noise instead of signal, and contra productive.

I have experienced the same frustration the OP has but, to my dismay, found that my Qobuz/Roon/Nucleus trouble had to do with network-issues (of my own design). Even after getting better network equipment, some issues (temporarily) returned. I found these to be related to firmware issues of my router (solved, finally) and service updates of my provider. However, a reboot of the Nucleus (via a browser window), solves these issues immediately. Not ideal, but it works.

Well, it is a networked commodity service depending on reliable, well configured networks.
Because of the nature of Roon with Core and endpoints, consumer network products are often not reliable, stable and conform enough.
Manufactorers cut corners to be sure they can get profit out of CHEAP products.
Every cent used is less profit and less sales because of the price.

End of the story, industrial products are designed to work, but they cost.

My opinion…:
Money for reliable network equipment / consultancy is to much to ask, audiohiles rather spend money on snakeoil products and very expensive assessories.

Customer A buys/rents a car and the car stops driving once in while. Let’s say every day on your commute once or twice in both directions. Sure it also drives in between failure.

Then Customer B with the same car comes around and tells you: What??? You’re putting standard gasoline on your tank? I always put 1 tee-spoon nitro glycerin, 27 grains of salt, a pinch tabasco and 367ml soap on every filling. Then I turn the car up-side down to shake everything properly for about 12 or 13 times, and then everthing works fine. How can even expect to just sit into your car, get standard gasoline, and drive.

(Note: I’ve tried all provided recipes (cache, reboot, etc …) already. But if tabasco just helps for some hours, it’s NOT a solution.)

Also, if I need fancy knowledge, special gear or super sophisticated network settings, Roon has to communicate this on their website, like: BE AWEARE ROON MAY NOT WORK WITH STANDARD INTERNET

I also experienced these issues with Qobuz and was told it was network related. After unsuccessfully trying a number of fixes, I eventually went back to Tidal and the issues immediately and permanently disappeared. At least in my case, the problems were clearly related to Roon/Qobuz integration, not network issues.

To be honest, I have been using Roon + Qobuz for many years, almost 4 now. With two different intern providers (one copper-based, the new one with one optical fiber connection), always with standard hardware from the provider itself with some little configuration from my side, both via WiFi and via ethernet cables. No major problem so far, I’m really happy about how it works. It’s the only streaming service I use, never tried Tidal.
Roon cores is on an Intel iMac, currently on 1 Gb ethernet connection, but it was on wifi up to a couple of years ago. Network connection to the Internet is fast on the current fibre connection, nominally 10 Gb/s, but it was slower, 300 Mb/s, with the previous ISP. End points are both attached to the Mac and on the local network.
I’m in Switzerland, not in the US, if it makes any difference.

I understand your frustration. I recognise this even using Tidal. IMHO most of your problems could be WiFi related.

With the kind of attention you’re paying to digital audio, I find it hard to believe you don’t have a wired set up. Please try this first and let us know how things work out. After wiring my network these kind of problems completely disappeared.

BTW Does all this attention to networking make a difference in SQ? Absolutely!

I am sorry if this offends, but while I happen to be a seasoned network tech, the last thing I am going to do at home is more network tech-ing. This said, I have experienced exactly zero issues with Roon&Qobuz, albeit only a couple of weeks in. As a matter of common sense, however, I would never expect trouble-free operation from an internet based service without 100% reliable networking (wi-fi and LAN) and ample bandwidth from a quality carrier.

What Roon has done is remarkable given what little control they have on external forces. (Read “external forces” as network and internet connectivity). Each trouble case MUST start within, on ‘our’ network. Now I may tip my noob hand here and they(Roon) may already have built-in tools, but if not, this is what ‘we’ should ask for. A network and streaming service quality measurement tool…. OK, flame away

I’ve been using Roon’s Qobuz integration since the very first day it became available. I’ve never had any issues with it. It just works. I’m not an IT expert, don’t have a fancy router (Fritz!Box 7490), and - believe it or not - I only use WiFi.
And yes, this information does help (…to put things into perspective).

I’ve had Qobuz through Roon since it became available in the US. Two different locations, with different internet providers (one cable, one fiber). Decent home LANs (mostly Ubiquiti gear) wired via cat 6 or MoCA. Ubuntu Server cores, multiple endpoints, mostly wired. Maybe one short period of Qobuz issues during an internet/server outage, otherwise flawless operation up to 192/24.

I find it so strange that supposed “network experts” suggest that there is a network issue causing these meta data problems while you are not complaining about music playback issues, which I could understand is depending on network integrity. I am seeing this same meta data issue with Tidal and Qobuz having started within the last weeks maybe month. It’s not you, it’s not the network.

I will also say that a long time ago I tried to find out why Roon might be so sensitive to network and why the “technical” recommendations from Roon were like buy this brand gaming router or that gaming router. If you wanted to configure a robust commercial or corporate grade network to professional IT standards there were NO protocol level configuration information to be found. Additionally, I could find no information as to why a Roon player cannot buffer music data or to what degree buffering is used, or not at all. It would seam and maybe this is transparently disclosed that the Roon streaming protocol is nearly synchronous with minimal buffer on the player. But, of course ALL communication protocols require buffering at some level and the final stream must be clocked out somehow at the interface to the DAC. But, all that aside, all of these issues are meta data, library housekeeping level problems. But, the culture of Roon is to deny which really makes it difficult to troubleshoot.

For what it’s worth, I went to Tidal account mucked around my subscription. It was fully paid, but I just changed payment methods, etc. to try to “kick it”. Restarted my Roon Core player and snap, all the albums, art, etc. from Tidal popped into the interface. Still a weird red network flash warning in Roon remote, but everything is snappy. No change to network, etc. Something weird in account validation? Anyway, from other reports, behaviour, etc. I think kicking over, resetting, etc. the paid account status might be the trick.

So difficult to know in your case whether the issue lies with Tidal, Roon or the network. However I’ve learned from 6 years on Tidal that logging out then back in to the account can resolve some issues.

On the other hand this logic may simply be post hoc ergo propter hoc. Not based in fact but in supposition.

I am using Roon mostly with Qobuz and never had a single problem.
Indeed, you need to set up your network right, most of all if it is WiFi. I personally run on a Tp-link WiFi mesh network and no issue.
Roon/Qobuz is not fundamentally different to Netflix or any of the many similar services available. The only difference is that Netflix actually automatically downgrades the quality when the network doesn’t perform (and I guess you really don’t want Roon or Qobuz to downgrade to MP3 if Hi-res fails, right?).

I guess any local IT shop shall be able to diagnose and fix your network once and for all, if you have issues.