I could find no information as to why a Roon player cannot buffer music data or to what degree buffering is used, or not at all. It would seam and maybe this is transparently disclosed that the Roon streaming protocol is nearly synchronous with minimal buffer on the player. But, of course ALL communication protocols require buffering at some level and the final stream must be clocked out somehow at the interface to the DAC.

Although I see people on this thread getting trolled if they disagree with the original post and say Qobuz/Roon are working fine for them, I’ll risk the wrath and say the same. It is useful to know that some users’ systems are problem-free. That could help determine the source of the problem (meaning, the issue may be with gear, network setup, lack of patience, RTFM, etc.)

With my wired Roon ROCK and everything else Wi-Fi, I’ve never had an issue with Qobuz on Roon, and I’ve had the combination for almost two years. As with any networked product with thousands of potential hardware combinations, your experience may vary.

One of the challenges with Roon is that it is a complex environment and not comparable to casting/streaming Tidal/Qobuz/ Spotify to your speaker.
Some people want to vent and some proclaim everything is perfect and that is rarely case with something as complex as Roon.

I have very few problems in my environment and yet I was really frustrated when Roon released the new last version that broke Sonos for a lot of users. Even though I told them it was broken in the beta they could not replicate it and released it and I see the Meridian thread that is the same story.
A month without reliable music and I finally understood how everyone else felt when their Qobuz or Tidal fails all the time.
It has given me a slightly different perspective on Music services and networking.

I totally dig that there are users with no issues. There always will be. Also, I understand that there is a decent amount of complexity involved. I do digital products for 20 years on three continents for major enterprises and disrupting startups. Of course, there is complexity. But if you can’t provide the advertised services, you can’t charge the full price. Then Roon has to sell it as an experimental feature or beta version.

Also, they can’t play the “It’s not us, it’s your network” card all the time and close tickets with no solution.

There are too many issues that point to a bad implementation on the Roon side than to external network issues.

Also, there has to be a warning and communication that a standard internet/network config may fail with Roon.

Try your setup hard wired and then report back (if the core isn’t hardwired already that is). Also try the endpoints hardwired. I’ll bet anything it’s a wifi router issue - possibly even between your core and remotes. So even if you have to drape cables everywhere to test, at least you’ll be able to say if it’s the wifi router or not. Restart everything from where the internet comes in forward. I’m another that has never had any issues with Qobuz over four years (nor Tidal one I briefly had a sub). I have everything except a few endpoints (Sonos etc) hard cabled, and use separate modem, router, and main switch.

I know that it’s not what you (OP) wants to hear, but it really does sound like a network issue. Roon, by its very design, is a network-demanding piece of software. Doing as @Charles_Peterson suggests is a good way of isolating where the problems might lie.

I understand that you want Roon to work “out of the box”, but sometimes it doesn’t. And I’m afraid that the only way to get it to work is often to look closely at your network set up. Your network doesn’t need to complex or sophisticated, it just needs to be stable. I run a very basic network set up: TP Link router to Windows 10 PC and then hard wired to endpoints.

Georg don’t take it that I was saying anything besides Roon can be a complicated beast and they strongly recommend Ethernet. Roon is not transparent enough about these requirements and hide behind the best practices guides, when a user logs a ticket.

There should be a warning sign on the door saying here be dragon’s, but for those that can make it work there can be musical Nirvana at the end of the journey. Many don’t make the end due to issues with reliable networking, and for people that don’t make it there is always Tidal connect which works brilliantly (and apologies to the Qobuz users).

I’ve been using Roon with different network configurations, due to house and gear changes, for more than 5 years. First with local files only, then also with Qobuz when they launched in the US. I’ve observed two main LAN network issues that have caused trouble over that time: 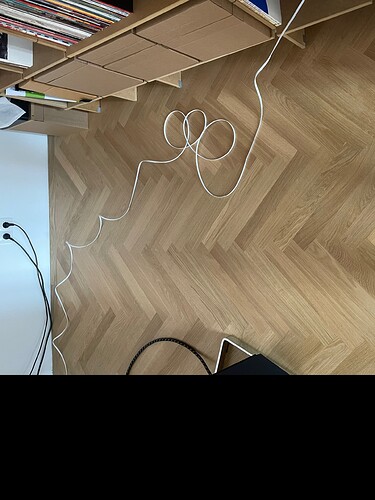 Also if you read my initial post, how should it be a network problem if albums disappear from your library. or how does a network issue makes sense that I can’t delete an album from my library sometimes, or Qobuz albums show wrong album cover art? 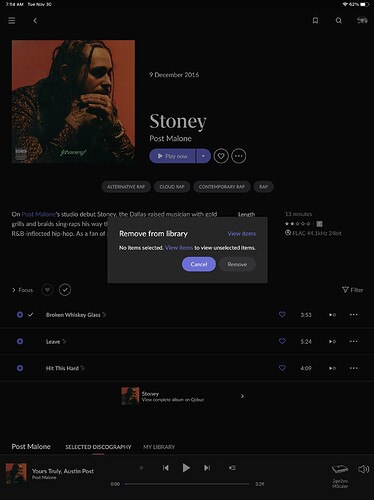 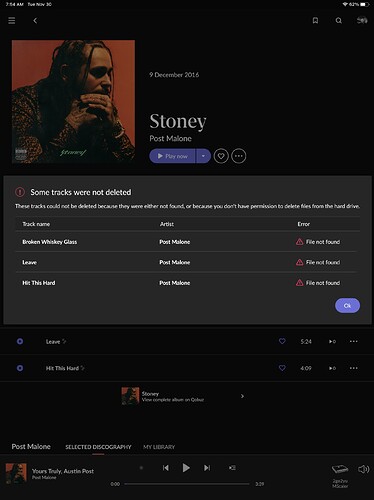 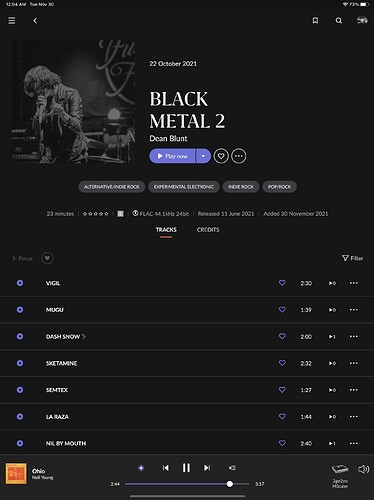 This error message is speaking the hard truth. 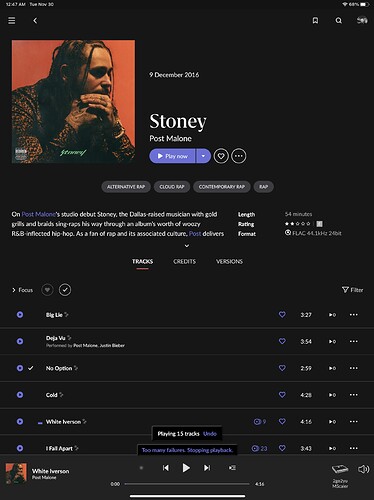 WOW it’s getting worse and worse.

I put the Nuc into the other room to get rid of cables everywhere. Now it does not start anymore! 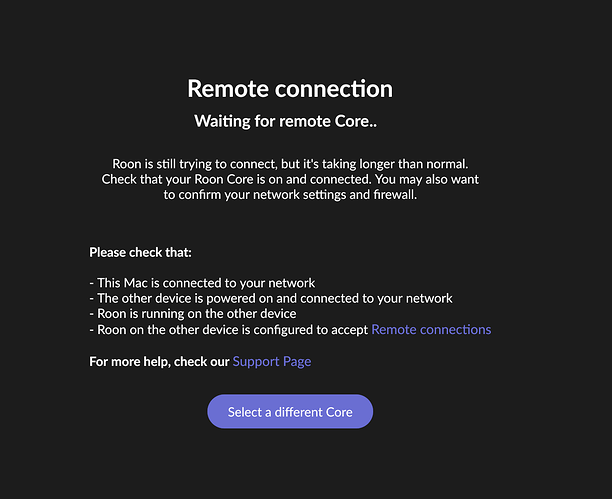 I turned off my Nucleus Rev B to put it in another room. Now it does not start anymore. It also does not appear in my local network anymore. Normally is shows here at wired devices. [Screenshot 2021-11-30 at 11.33.26 AM] I already read some articles and already did the following: detached the internal SSD drive put my tv on A but there is no signal my tv says Nucleus Int is attached but also there is no signal [IMG_2192]

@Georg_Kuklick
Your frustration is more than understandable. I hope your issues will be resolved as soon as possible.

Far be it from me to want to stick my hand anywhere near this potential hornets’ nest, but:

Non of three. It seems like the Nuc is not even booting anymore.

I have pinged Roon’s support team for their attention behind the scenes. Timing is a bit unfortunate with the holiday weekend, but they will jump in as soon as their queue allows.

Assuming it also refuses to boot if you put it back in its previous place, you may have a hardware issue with the Nucleus and should probably contact your dealer if it stays dead (leave it unplugged for a few minutes and then plug it back in and try to boot it up, to be sure). Such hardware failures are rare but like with any computer, failure rate is not zero. Putting myself in your shoes and knowing my own temper, I fully appreciate your frustration level at this point.

@Patrick_Van_Osta Yes, I moved it back to the old place and nothing happens anymore.
It indeed looks like a hardware failure. There are several other posts with the same issue.

Same here. Qobuz not worth trouble to get working. Tidal, not preferred, works.