31716 albums
I can’t tell you how many tracks because it is perpetually in loading mode!

Roon remote is super slow. Server loading time is very long and when browsing I have loading problems that you can see here. Browsing is very difficult and slow.The system is very slow to react to my click. From clicking on play and playing sound there are some seconds. There are no issues in sound but if I browse Roon remote many times it seems almost stuck. 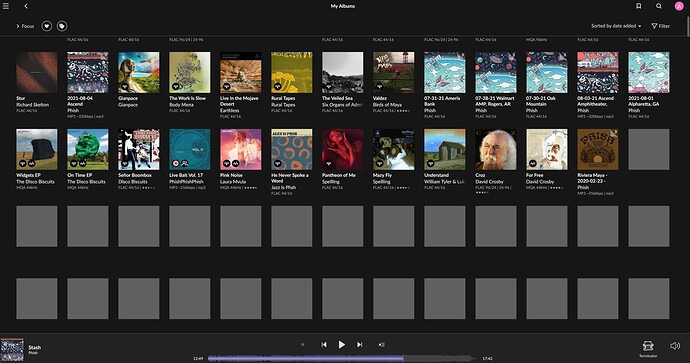 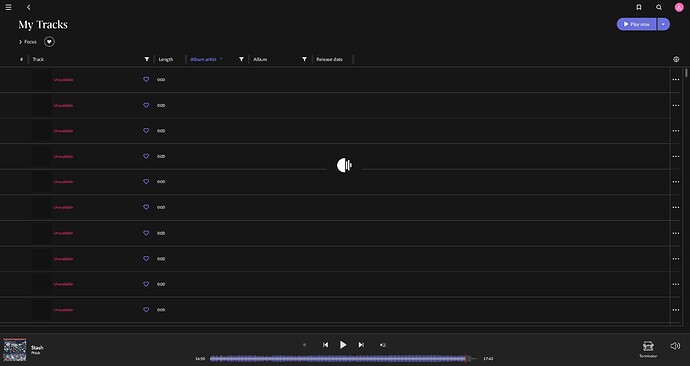 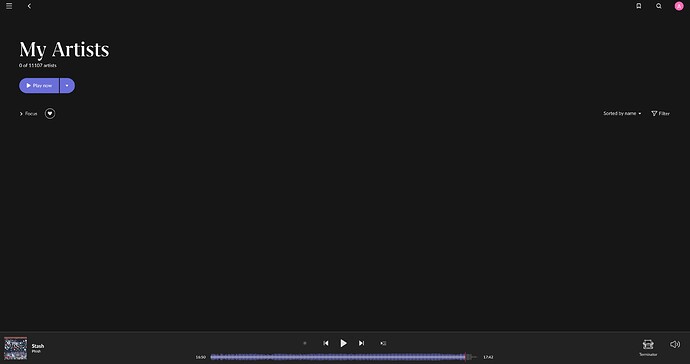 53834×1916 73.4 KB
The timeline is not fluid but remains frozen for many seconds and is not in sync with the music, sometimes it stays even on the previous track.In the following image for example you see an album loading and while doing that elapsed time refresh every 7-10 seconds(20, 28, 35, 45 and so on) 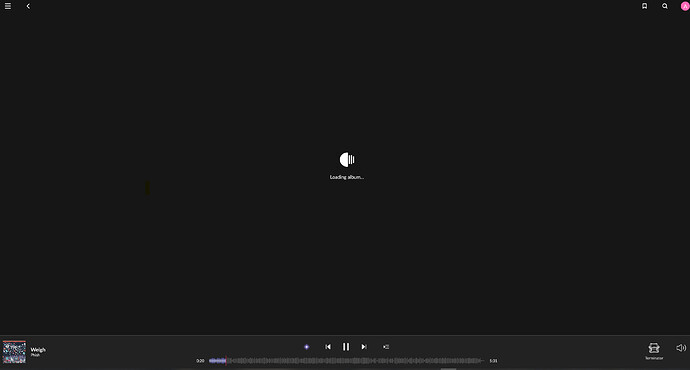 Hi @Andrea_Tacchetti, are you seeing this slowness on other remote devices, or is it limited to the Windows remote?

Hi @Dylan I’ve some problems also with the phone but It’s slightest better with it. for example when room remote on windows is stuck and paying bar freezer on the Phone i can see it moving

I’m experiencing kind of the same issue. My remotes (iPad or iPhone) are very slow lately. Can’t say when it started exactly, but it’s something of the last 2 weeks.
My core is on an 2019 iMac. My iPad Pro is from 2018.

@dylan No news for me? I add that I have no high CPU nor too much occupied RAM when the issue occurs.
I also noticed that server is very slow in scanning new files and when it’s scanning the system is basically freezed. This for example took more than 5 minutes and in the menatime I have barely been able to open an album page

Hi @Andrea_Tacchetti, apologies for the delayed response. Can you please use the directions found here and send us over a set of logs using a shared Dropbox link (or any other file sharing service)? Thanks!

You don’t use the green variant, but the red one? 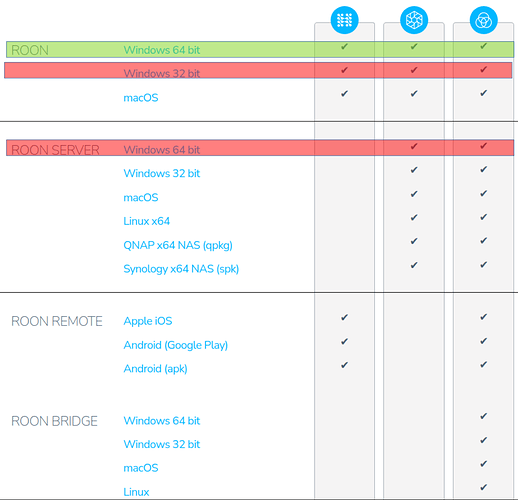 In any case, it is a larger library and there are of course more problems to solve technically.

For comparison, this morning:

It has been running for two hours and still has rapid movement from one minute to the next.

If everything is correct in the network and in the metadata, it is faster.

Some days it crawls as slowly as it does with you.

During the day it runs slower than in the early morning…

Is the server load sometimes too high?

7 hours later, the music is still playing and metadata is detected. 55713 identified 55716 added on a weekend (more customers using Roon and the Servers have more work to do)

Another 5 hours later, you can already see it slowing down, but I have also seen whole days where barely 2000 were identified. Between the music, there are sometimes small breaks again.

Still around 1000 identifications per hour

now the attempt to manually add albums from Tidal:

5 albums in 10 minutes in the large library, without placing a greater load on the CPU or main memory. Slow, but in the green zone (it still works after a whole day with music…) 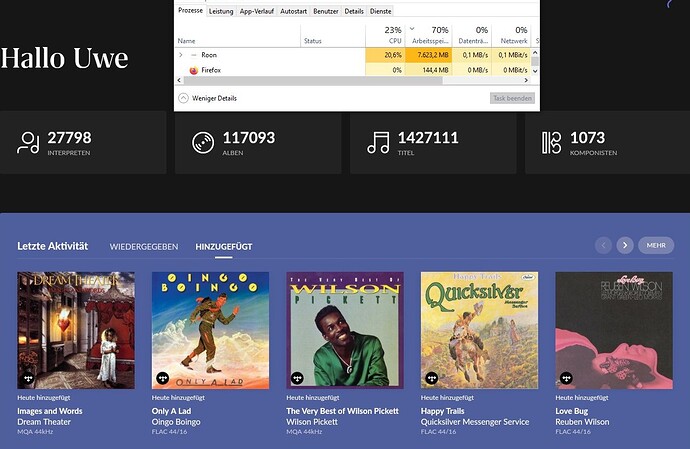 Of course, I’m happy to wait for John Petrucci and this powerful album. After all, it took 2 years until someone brought it to my attention again. 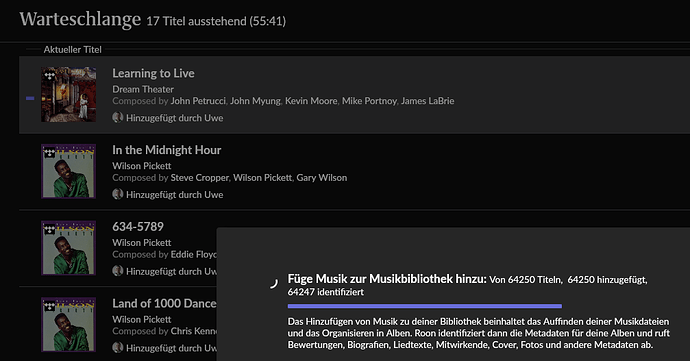 21:54 Roon now has problems playing the album completely without a long pause. I wouldn’t have expected that until the album change. About 1 to 2 minutes of silence.