Roon Seeing The Beatles and Beatles, The on Same Album

Hi Guys - When I search my library for Beatles, I receive hits for The Beatles and Beatles, The. No a big deal. However, when I click on Beatles, The, it shows a single album Let It Be… Naked. When I click on that album, it’s identified and it shows as The Beatles, as well as showing all the other The Beatles albums on the right hand side of the app. It’s as if Roon is seeing the album both ways. Here are screenshots.

Any idea how to resolve this one? 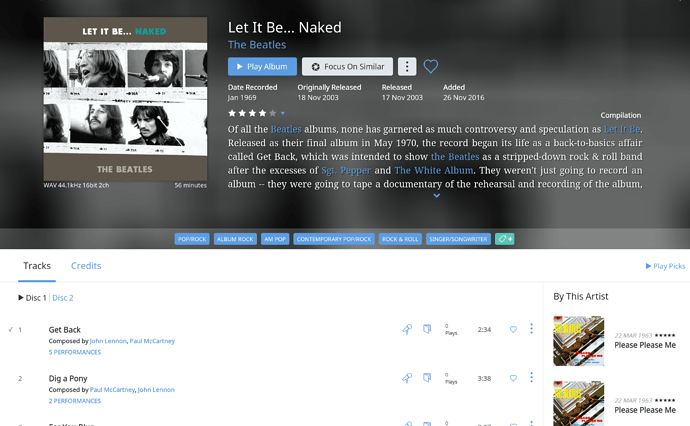 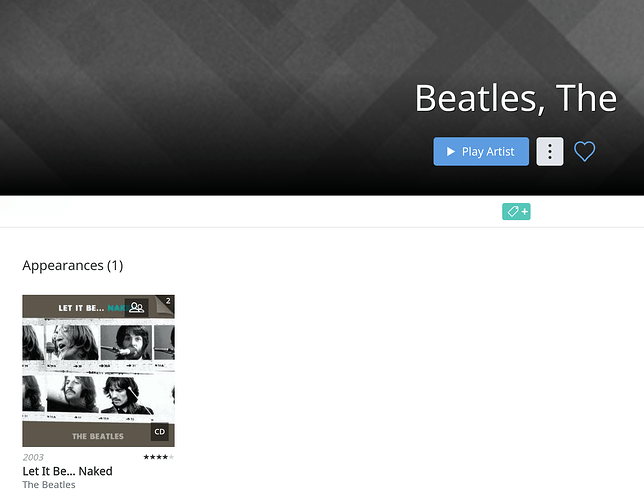 check out this thread and see if this solves the problem for you:

Tried searching fo help on this, but difficult to narrow down when using ‘The’! Here’s a summary of the problem: I have 17 Beatles album, all with Album Artist tags of ‘Beatles, The’ However, on import Roon has identified 15 albums as ‘The Beatles’ and 2 as ‘Beatles, The’ I can edit the details of the artist name so they are the same, but it then just displays two artists with the same name. How do I force Roon to merge the artists into 1? BTW, this is an example, this is happening with ma…

Thanks for the link Nick. That’s close to my issue, but I believe it’s different. All my Beatles music is identified. Roon even sees this album as The Beatles, but when searching it appears as Beatles, The. It’s strange, Roon knows what it is, but displays it strangely in one view.

Hey @ComputerAudiophile – guessing this is an erroneous credit, since the album page shows the right artist, and because the Beatles, The page shows the album under Appearances, instead of main albums.

Hi @mike - I don’t believe this is the case, but I’m willing to be wrong. Here are some additional screenshots.

The first is from search results for “beatles”. 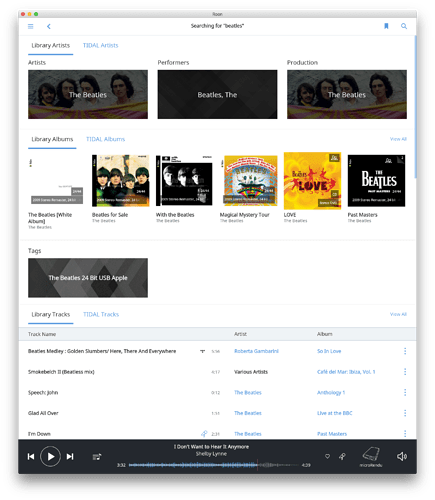 Here are the results after clicking on The Beatles. You can see Let it be … naked in the results. 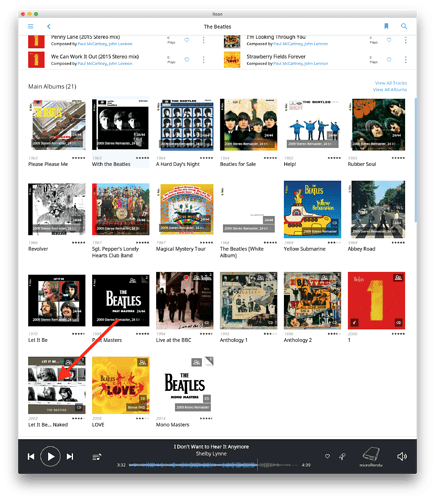 Here are the results after clicking on Beatles, The. 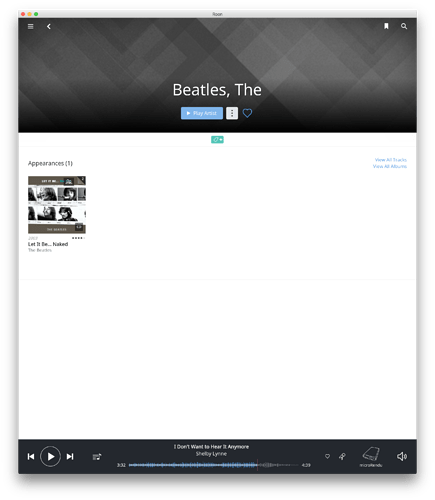 And here are the results after clicking on the actual album. 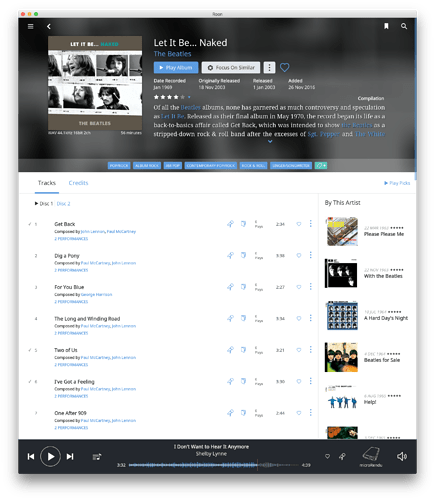 I checked to make sure I only have a single copy of the album and that’s the case. This is probably something simple and I’m just overlooking it.

So I just noticed there is Artists and Performers listed int he results of the initial search. This has to be what’s going on but I still don’t understand why the results are displaying as they are.

There appears to be only a single track on the album that appears as Beatles, The. Not sure if this helps or doesn’t mean anything. The album is still identified. I wonder anyone else has this album. 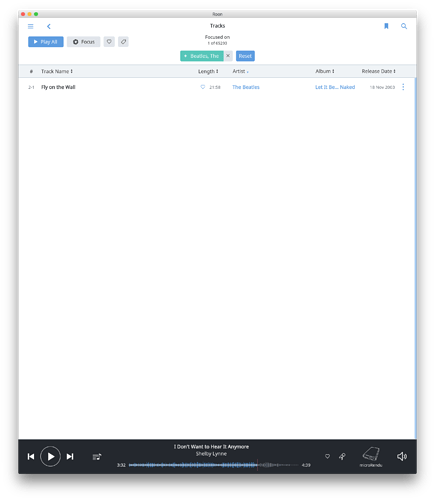 More info: This is a single track on the Fly On The Wall bonus disc…

But all tracks are identified. 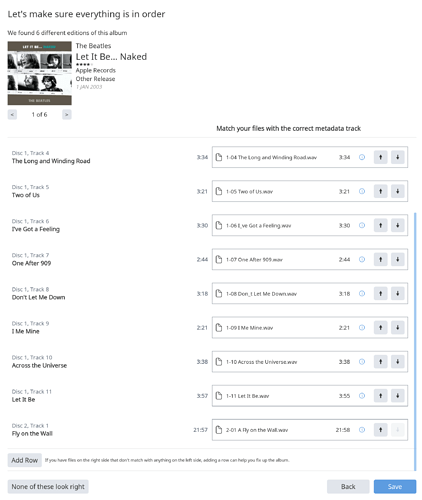 Anything notable in the tags for that one file, Chris?

Not that I can see, when compared to the other tracks on the album. Here are some screenshots.

First track on disc 1 “Get Back” 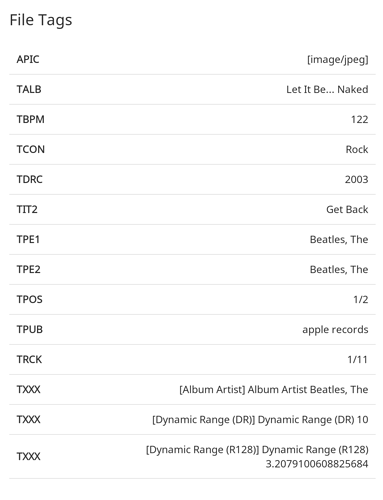 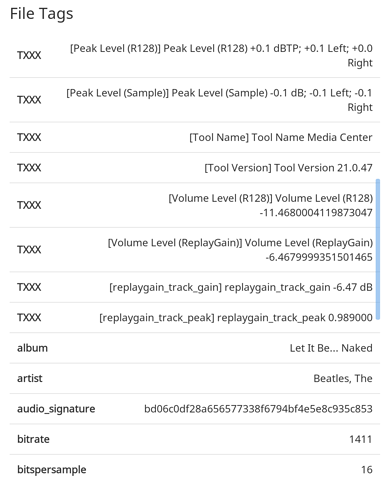 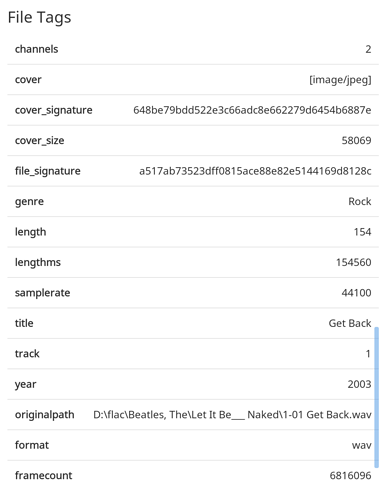 Last track / first track on disc 2 “Fly on the wall” 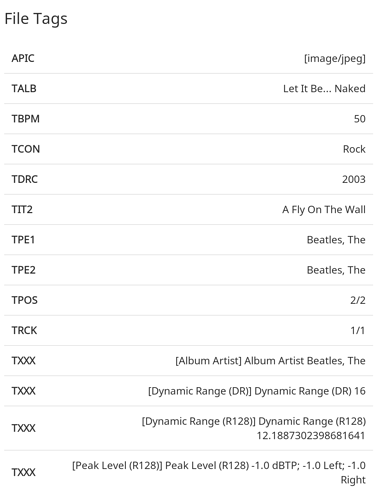 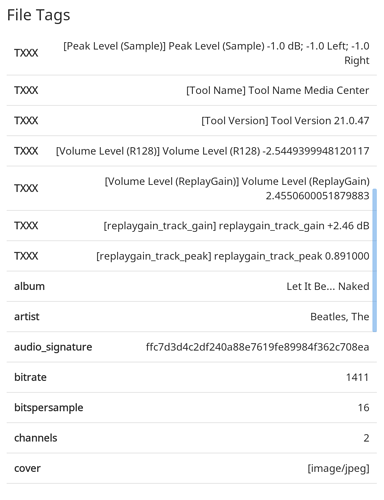 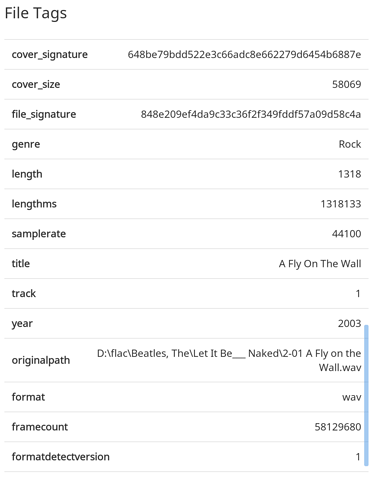 Apologies for not reading your original post more thoroughly

Well, I have a copy of this album, but I do not get ‘Beatles, The’ showing up at all in Roon. 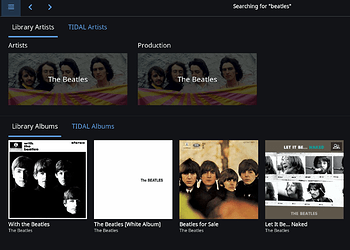 In terms of tagging, I use AlbumArtistSort = Beatles, The + AlbumArtist set to The Beatles.

This points towards it being a tagging issue somewhere…

Hi @Nick_Stamp Does your copy of this album include the second disk with a single track titled A Fly on the Wall?

@ComputerAudiophile – if you want to zip up the media and drop me a link, we can take a look, ok?

Yes it does contain that track.

This points towards it being a tagging issue somewhere…

Well yes, because he has “Beatles, The” in his file tags. It’s clear to see in the screen shot above.

I would love to be able to stop Roon using my tags for identified albums, selectively or en masse. This kind of thing means we are forced to edit our file tags even when Roon has perfect metadata from the server, which doesn’t make sense to me.

I don’t believe it’s a tagging issue because all the tags are consistent between all my Beatles albums and only this track is labeled Beatles, The in Roon.

Hey @ComputerAudiophile – just letting you know I reproduced this with your files.

It definitely has something to do with the way we’re handling the tags, since the issue went away when I converted the files and updated the tags.

Either way, I’m going to open a bug report and we’ll have a deeper look before the next release.

@ComputerAudiophile Hi Chris, please would you verify that this has been fixed? Thanks.