I’m trying the Allo USBridge but for some reason the Mytek Brooklyn isn’t showing up as DSD256. What am I missing? 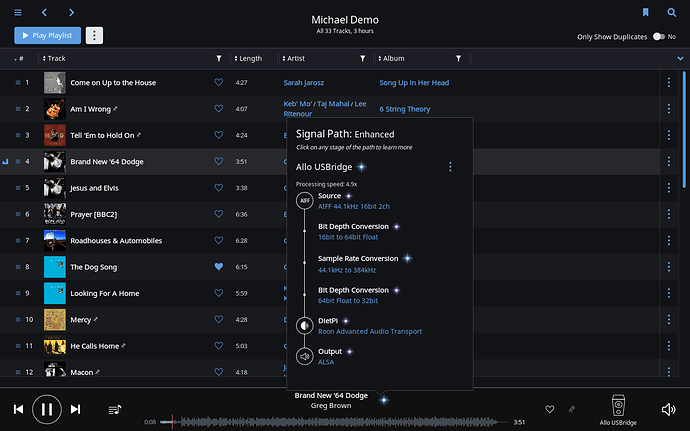 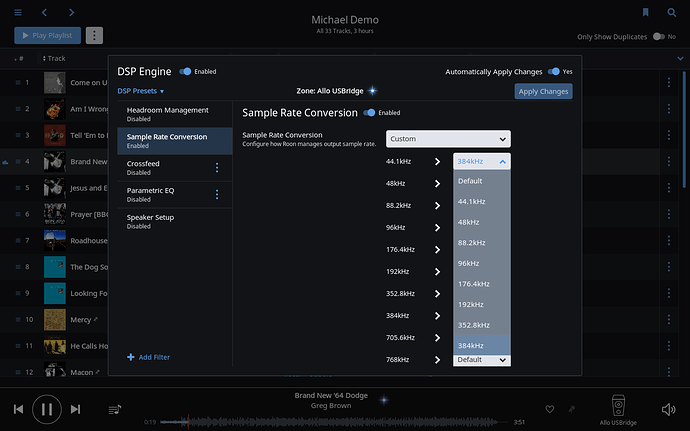 Almost certainly your DietPi build doesn’t have the Brooklyn as a native DSD device.

How do I check? 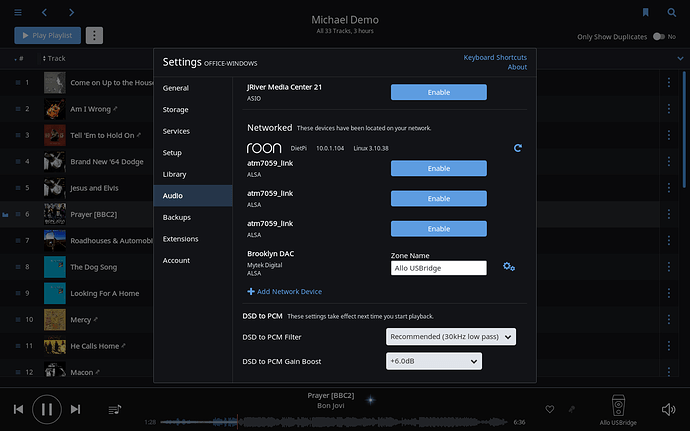 Other than contacting @Dan_Knight at DietPi, there’s no real way to. However, I’m not sure that you need to check: if Roon is not offering a native DSD as an option (and DSD256 specifically), it’s because it’s being told by the DietPi OS that the Brooklyn is not capable of native DSD.

OTOH, what is your DSD Playback Strategy setting in the Device Setup Playback tab? It could be as simple as your strategy is set to Convert to PCM. 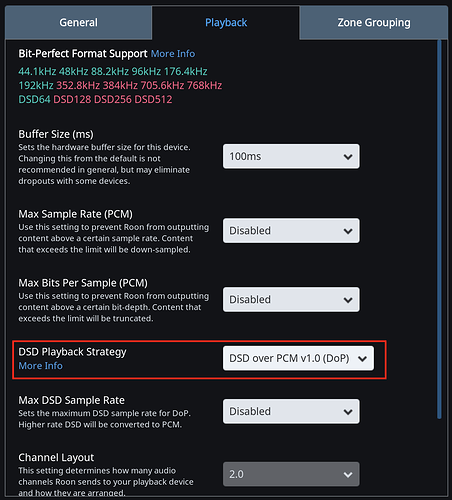 Thanks! I knew I was missing something. Now I’ve got DSD128. Perhaps @Dan_Knight can tell me if DSD256 is possible? 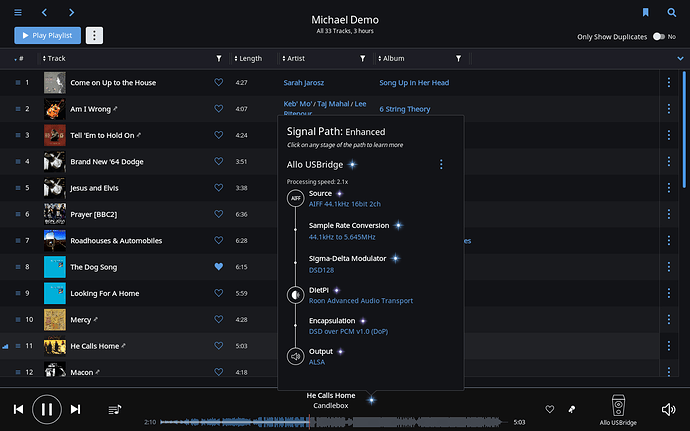 I am reading this and realized that you using DOP. By using DOP you are limited to PCM 384Khz that translates into DSD 128 max

I am checking the website of your DAC and its confusing

I assume that SDIF3 is the USB input ? In this case it should play DSD natively (no DOP) up to 256. Somehow your DAC does not advertise the DSD capabilities to the DietPI/Usbridge.

Yeah, I don’t know what to say. DSD128 seems to be the highest rate I can upsample to. Anyone from Roon such as @support able to offer any help?

Seems to me that somehow your settings have a problem. As long as you use DOP you will be limited at 128 DSD (i2s limit at 384 Khz)

@Dan_Knight can you see any issues in his settings ?

In “dsd playback stategy remove the DOP and chose native”

Check again if you see 256 DSD

This is all that’s available. 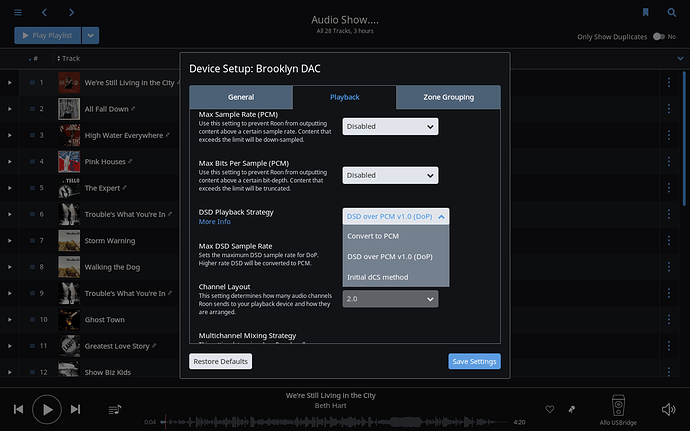 I will set up a testing units tomorrow in the EU office and reply. Will find the problem along with Dan . I personally don’t use DSD much this is why I am unable to tell you right away.

Your DAC…has it ever played DSD at 256 with competing solutions ? I am wondering if your USB IC (from DAC) is able to advertise successfully the DSD 256 capabilities .(in native)

Can you take a screen capture ? We will check in the morning

Guys, I think this is just a simple case of not having a kernel that is patched for doing native DSD on the Mytek Brooklyn.

Patch was successful , we will release a new image (Monday/Tuesday) that will have your DAC play native DSD (at 256) not sure on the 512.

That’s awesome! Thank you for the quick response!