roon…
i’m getting more and more wrong metadata.
especially, mixed up compositions…
i’ve reported MANY.
here another one

i don’t really know who alexo and tove lo are…
but they are in the wrong place.
i can find these: Are you certain that these compositions are parts of identified albums?
When i go find a Composition caled Heroes i find hundreds, but the one most similar to yours is this one: 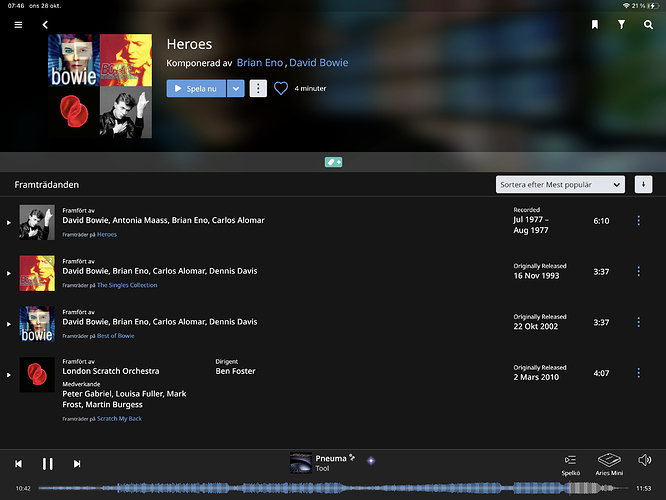 I have exactly the same issue as @Niccolo_Terzi. It depends a lot on what your local library tastes are, and whether you have a streaming service or not. For example Qoboz has more than 400 Heroes performances with Alesso and Tove Lo composer credits. 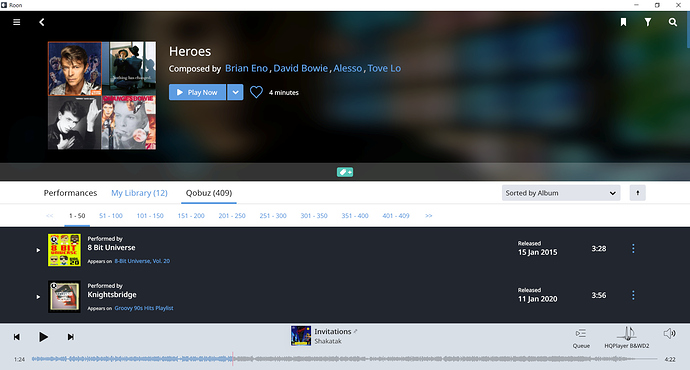 Most of them are on Club/Dance compilation records. They seem to have originated from Alesso and Torve Lo remix albums: 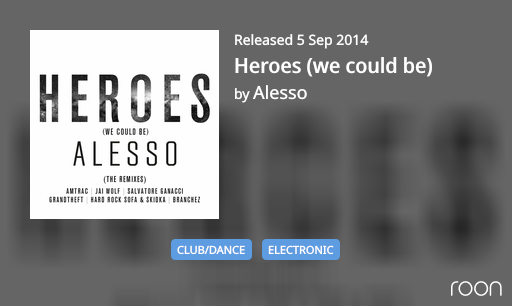 What is especially confusing here is I am not even sure either Alesso or Torve Lo were the remixers (which roon seems to interpret as a composer). They seem to have been only the DJ compilers of the remix albums but I cannot be sure.

This confusion about what is a composer, i. e. does that include arrangers, orchestrators etc. is a long running sore in Classical libraries, unresolved IMHO. The equivalent confusion with many club/dance pop genres is how to categorise re-mixers, play-list compilers etc. I, for one, cannot work out how roon is dealing with this issue.

i don’t even have an alesso album.
and i don’t have qobuz.

the point is also that i’m getting a lot of this problems. and it did not to be like that.

the point is also that i’m getting a lot of this problems. and it did not to be like that.

Agreed. I think this is similar to the marked increase in performer duplicates. It looks like some change in the way roon is aggregating both performer and composer credits from multiple data sources is resulting in these effects. I wish roon would address this.

Niccolo, I’ve moved this thread into the Support/Metadata Issues category, where it will be seen by the relevant people in Roon Labs.

The database is supposed to be the main advantage of Roon, meanwhile in practice - you can see yourself …

thanks, @Geoff_Coupe.
as it is relevant, i think, i add these other examples

Another mixed up composition Metadata Issues

The compostition “Locomotive” in my library is completely mixed up. In this album: [image] there is [image] it should be “Locomotive” by T. Monk. It has been mixed up with “Locomotive” by A. Rose & Slash finally, there exist an album “Low Life” by Bill Laswell and Peter Brötzmann with a track entitled “Locomotive”, but it’s the same Monk composition. I cannot correct this in my library. And i cannot really stand to see axl rose near thelonius. It seems that the metadata are wron…