On the RooExtend devises IP address.

Where are the logs? On the rooExtend device, or on the Roon core?

Has something changed in roowatch and Siri – I can no longer get Siri to play playlists even though the text is correct in the entry screen. 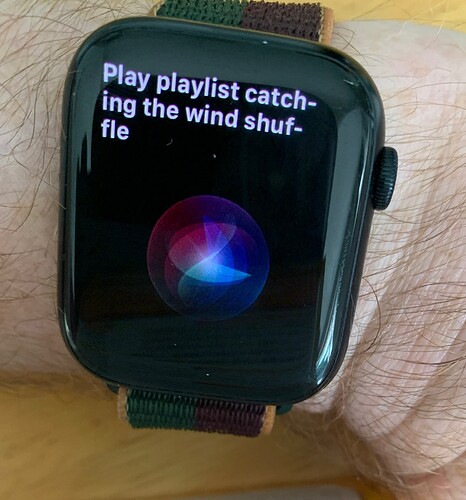 This did work but no longer does.

Make sure on your Apple Watch in Settings->Siri->Use with Siri->rooWatch is enabled. 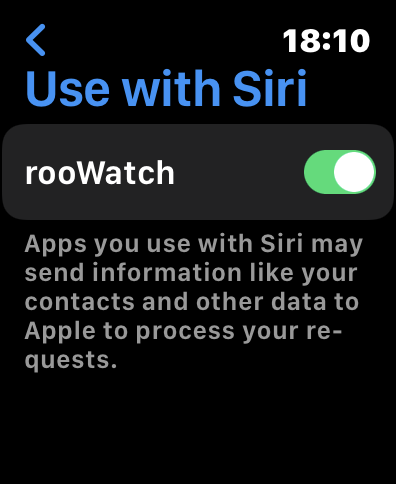 It works for everything else, it’s just playlists no matter what way I phrase it. And it did work as I find this so handy in the kitchen while cooking.

That worked on the last option, rebooting the Rooextend server.

This has happened twice again this week where I have had to re-enter the licence.

I have sent the logs on to you.

This has happened twice again this week where I have had to re-enter the licence.

No, I’m unable to test that due to visitors in my music room.

I’ll test it again in about 3 weeks.

I integrated some additional logging, that‘s why I asked…

The mechanism is as follows:
rooExtend asks the sellcodes license server once a day if the license(s) are valid. …

Very disappointing to learns that one is completely dependent on your infrastructure and permanent internet access. If I had known this I wouldn’t have bought a license, although your software is nice indeed.

If I had known this I wouldn’t have bought a license, although your software is nice indeed.

Dear @Otto_Wilhelm,
you already decided to to be dependent of foreign infrastructure when you started using Roon. The Roon software is dependent on their servers and also on the internet.

Why you blame me? You also can be disappointed about Roon infrastructure and licensing model?

To be fair licensing in roon is only needing to connect to internet for license checks every 30 days they say. Daily is a little bit too often if you ask me.

license checks every 30 days they say.

I never got into it with wiresharc but my guess is they also check every time you start it.

But you are right, maybe I will change that to a longer period. Nevertheless I think the discussion is about relying on internet and infrastructure…

although your software is nice indeed.

Thank you, I appreciate it

Having thought a bit more about this I would like to add that I might have bought the license of rooWatch even if I had known about you licensing approach. I was only very negatively surprised when I learned about it. Therefor I do not regret to have bought it, but I see this dependency of certain infrastructure in the internet even if this dependency isn’t technically necessary or even inherent critically. But you you should inform on this dependency more actively, I think.