Lets keep the LCD stuff in a thread of its own

He guys, thanks to @RBM we’ve got our own space

Ok. Back to the screen part. I’ve got stuff scrolling. Looks great I must say.
But now the bad part. Doing scrolling stuff on the screen requires hardware acceleration (for the non-geeks: basically a way that drawing to the screen is being taken care of in hardware in stead of the software) and that part is extremely buggy and in progress on the Raspberry Pi.

I can’t get it to work reliably, so for now I’m afraid this is a no-go. Which is extremely frustrating, because the scrolling looks so good and it took me a while to get it actually working

Anyways, let’s stop with the whining. I’ll follow progress on this area closely, and it’s already in the software, but it’s just disabled. It also means that we really need the ‘multiple screens’ option, because right now some of you (including me actually) are not that happy with the little space for texts etc.

That’s it for now, keep you guys posted.

Ok my PI just timed rebooted and the display is all unknown and blank art. Granted thee is no playlist on roon controller at this time. So I sent feedback.

I did notice that your last screenshot had radio turned off.

If you actually pause a song before you go to bed, have a look tomorrow what’s on the screen after the scheduled daily reboot. I won’t be surprised if the last song you paused still shows on the touchscreen in the morning.

When you have this “unknown” showing in the morning, if you start playing something in the morning in Roon, does Touchscreen come alive again? Or only a manual ‘reboot’ or cold boot brings it alive?

All is still not well…I went into roon and hit back in the top area to last nights playing album…hit play…though that’s louder than I remember…it was still set at 24…I thought this might be a bad sign so went to the volume adjustment and soon as I touched it it jumped to max vol on the digiamp+ and I swiftly mini used it to 0 where it when quiet, but moving it up again even to 5 resulted in max vol on the speakers. 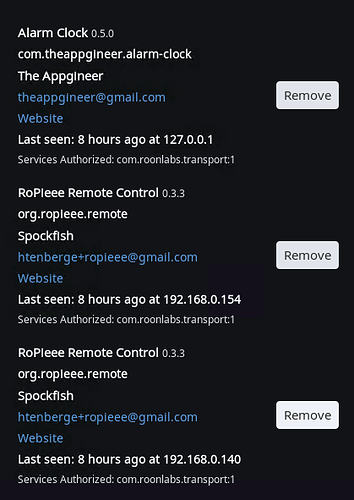 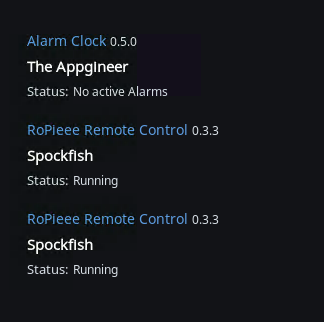 This is the RS Online case http://sg.rs-online.com/web/p/development-board-enclosures/9064665/ also comes in White and Clear …I got a black and a clear…but hard to get a HAT in there - can mount on a wall tho - handy here is a UK link bundle http://uk.rs-online.com/web/p/graphics-display-development-kits/1228914/?origin=PSF_431023|alt 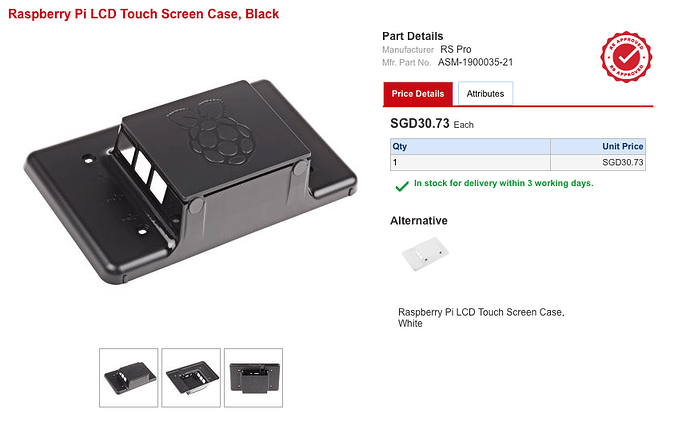 That’s a nice bundle for £60. The Pi is increasingly a RAAT-enabled Squeezebox Touch on steroids.

Boot time with a display for those that are worried its taking some time is round 10 mins to get the web page to respond. and then you can do things like set the time zone, boot time, HAT, USB, zone monitoring name and screen orientation if its upside down

@spockfish Harry now I have 3 LCD screens running … the defining of the HostName in the extension is really desirable.

BUT I think there bis a problem changing all the settings in one go…I think the time I got it to work was when I didn’t change the orientation…and on that note I think that 99% off all screen installs will be upside-down so a default for rotated might be a better default.

I also noted there an AutoBoot option that is set to 1 - so this a setting for the future to be able to force ones own updates?

I’m powering RPI+screen from the same PSU at the screen level (microsusb connector from Ifipower 5V 2.5A). Seems possibly to be an under voltage issue ?

I’m interested in feedback from other users about SQ with and without screen.
Currently my choice is to use RPI + Touchscreen out of the audio path as a display/control device only.

Is the same Extension name for multiple zones an issue?

I setup multizone Ropieee’s for my old man and once you hit enable for both extensions, you should never have to look at that screen ever again.

So in my old man’s system, giving it different names won’t change anything because it’s a ‘once off’ step.

It’s not like giving each Ropieee a host name where you do need that to identify things daily.

It’s very stable now (apart from your ‘unknown’ title issue which I hope gets sorted of course).

I may be missing something though where it may be useful giving each extension a different name but can’t think of any case? It’s a ‘set it and forget it’ thing with the extensions (I think)

Having said that, for ‘completeness’ it might be good to have each extension’s name link to the ropieee host name, as you requested already. Just to make it look cleaner

One thing I forgot to ask you last time - why not plug your microUSB cable into the Pi, not the Screen?

Does it make a difference?

One thing I forgot to ask you last time - why not plug your microUSB cable into the Pi, not the Screen?

Thank you Sean.
Currently i’ve unlinked the screen from my PI to be able to enjoy music but will try:

Thank you @wizardofoz.
I’m using 3B and this is exactly how are my connections.
Unfortunately quite a lot of interferences on USB output when powered from screen microUSB via 5V, 2.5A PSU.

Under DietPi i’ve got yellow thunder bolt symbol on desktop display. I think this is “under voltage” indicator.