My wife and I left town on Christmass Day to visit relatives in NC. While there, I ordered a Raspberry Pi 4, CanaKit USB-C Power Supply, FLIRC case, and SanDisc Ultra 16GB Micro SDHC card from Amazon for a total of $73.71 delivered. When we got home this afternoon, it was all there waiting for me.

It took about 10 minutes to download RoPieeeXL and using Etcher, burn the software onto the SD card. Another 5 minutes to assemble the Raspberry Pi into the FLIRC case and maybe 5 minutes to get up and running in Roon.

So far, everything seems to be working great with my Dragonfly Cobalt plugged directly into the Raspberry Pi and using my Sony WH-1000XM3 headphones. I think the SQ is probably no different from that I’ve experienced using the Dragonfly and Sony headphones with any other configuration.

One question I have. Can I just leave this running all the time or do I need to unplug it when not in use? It’s barely warm to the touch, but I don’t want to burn it out or burn out my Dragonfly. 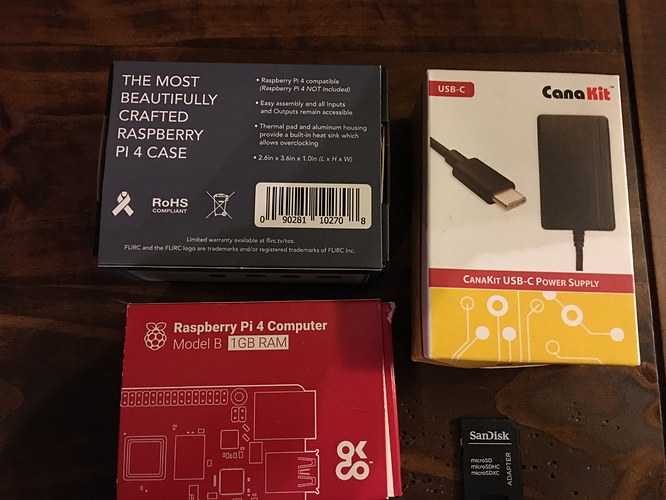 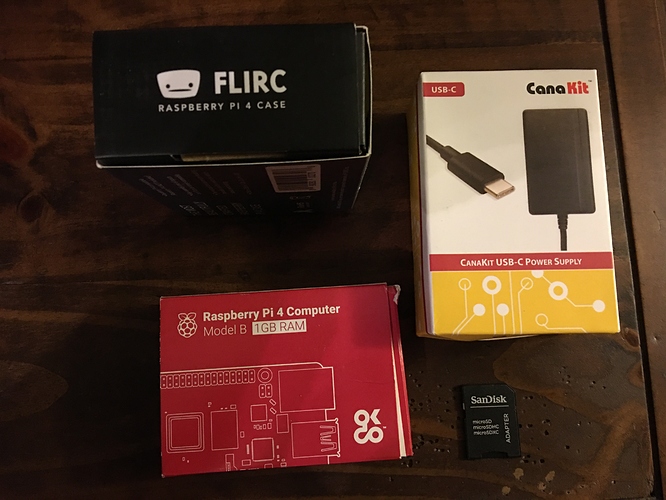 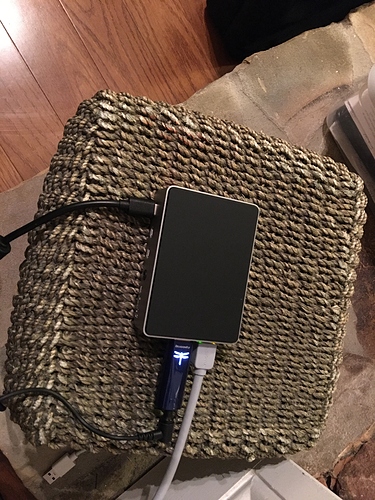 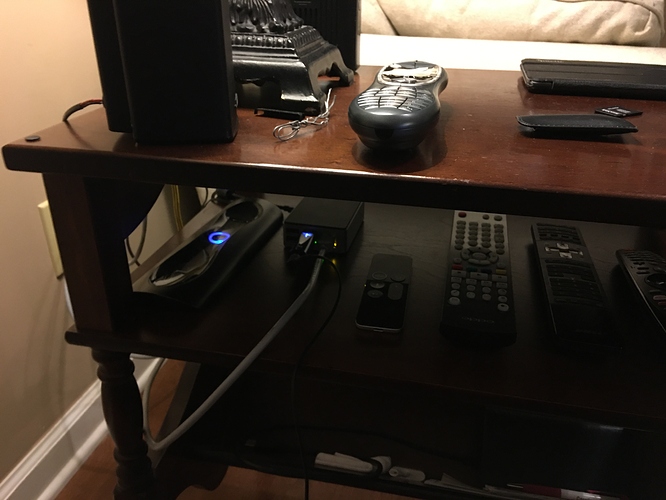 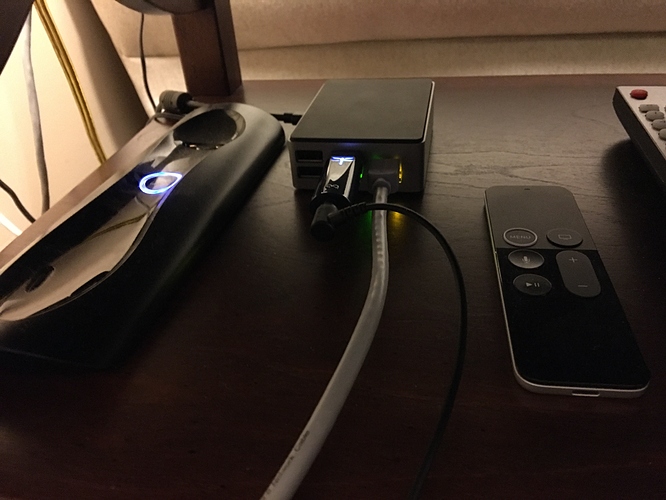 Can I just leave this running all the time

Most people leave their RoPieee running all the time.

You can check the temperature in the web GUI, if you are concerned. I have the same combination (Pi4 + Flirc case) in one of my RoPieee end points, and it has been low and stable for months.

Thanks. I’ll try that later if I can find the IP address.

Fing is a network scanner on mobile devices that works well, if you need to search for the IP.

Thanks. I’ll try Fing if needed, but I think I can see it in my router interface.

After streaming for several hours the Raspberry Pi 4 is running at 42 degrees C or 107.6 degress F. Is that OK? Seems pretty low to me.

I only installed the small heat sink that came with the case, but I have an entire set if needed.

The flirc case has a built in heatsink I thought

Yes, but is has a little rubbery pad also.

Yes, that’s where I put it.

The whole case surface acts as a heatsink

I just wanted to recommend the Raspberry Pi 4 and RoPieeeXL to anyone who wants/needs a low cost Roon endpoint that works very well. I haven’t yet tried wireless and/or AirPlay and I may not, but it works great using an ethernet connection and a good pair of wired headphones.

I sent spockfish a small donation. Thanks for this great product.

I’m researching the possibilities for a new streamer and DAC. Likely will get a Yggdrasil when Schitt announces it is equipped with their new Unison USB which Mike Moffat the designer now rates as better than SPIDF (some accomplishment!). I rather put my $ behind the DAC than a fancy streamer so long as the USB output of the Pi 4 is decent. If not I may shell out for the USBridge Signature but if it’s not needed, why waste the money. May I ask what the ambient temperature is where you live when you post your Pi running temperatures? I live in the tropics so just trying to get an idea.

Ah I see, much lower than our local temperatures here of 33 to 34C.