Ruark R3 and RoPieee: what Pi to buy?

I am looking for a table radio and it seem that Ruark R3 could be a good choice.

I am a Roon user and I have a Pi 4 with RoPieee in all my hifi zones.

Unluckily, the Ruark R3 doesn’t support Roon and nor Airplay (it’s a shame).

Do you have an advice of some good table radio that is the same quality as Ruark R3?

In case I will buy the Ruark, what Pi+DAC you advice me to buy? Please tell me each pieces that I have to buy (or a bundle).

In such case, it’s better that I enter into the Ruark with optical or with RCA analogic?

Do you want to listen to your CD’s or Roon? If Roon, I would get a Roon Ready device.

In case I will buy the Ruark, what Pi+DAC you advice me to buy?

I’d rather use a Pi 4 with a Hifiberry Digi+ HAT and output via TOSLINK to the Ruark and taking advantage of the Ruark’s internal DAC.

This is supported by RoPieee and you’d have a nice Roon endpoint.

Do you want to listen to your CD’s or Roon? If Roon, I would get a Roon Ready device.

I absolutely don’t use any CD’s and radio, I only use Roon and sometimes AirPlay with my iOS’s devices.

I didn’t find any “Roon ready” table radio that I think reach the quality of the Ruark but I am open to advices.

I’d rather use a Pi 4 with a Hifiberry Digi+ HAT and output via TOSLINK to the Ruark and taking advantage of the Ruark’s internal DAC.

I absolutely will check it out. If you already has one, and want to advice a case and a supply I am here.

want to advice a case and a supply

There’s a bundle option on the Hifiberry website, there you can pick at one place what you need.

I didn’t find any “Roon ready” table radio that I think reach the quality of the Ruark but I am open to advices.

Depending on your budget and industrial design sensibility, the La Boîte Concept PR/01 might be an option. Add a Pi, hide it in the drawer thing, feed it over optical.

Depending on where you’d like to put things, B&O 4500’s are pretty cheap (a few hundred a pair in good condition). Glue a raspberry behind 'em, and they’ll hang off a wall… 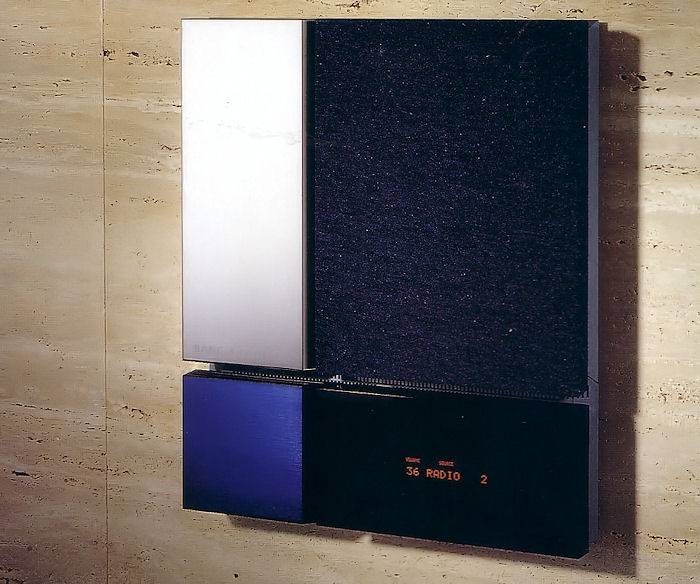 I see that is without Roon and AirPlay as for the Ruark (in fact you say to hide the Pi inside it).

Do you think it’s better than the Ruark? The price is similar.

I need the table radio device to put it in to a drawers furniture so no wall mount device but it’s a nice idea and thanks.

I see that is without Roon and AirPlay as for the Ruark (in fact you say to hide the Pi inside it).

It’s got Apt-X built in, and it’s designed to run pretty much whatever you want by slipping off the cover / drawer thing, which is something I personally think is a better approach than buying some ready-made platform like a certain Swedish brand does. It unfortunately doesn’t take USB as an input, but it’s got like 3 5v ports, so you can easily power a RaspBerry and something else at the same time.

I’ve heard it casually, thought it sounded surprisingly good, and better than the Audio Pro C3 (which is not a surprise given the price difference). It’s won just about every major French award, but then again, it’s French, so maybe that helps… I haven’t heard the Ruark, so can’t compare, and also haven’t spent enough time for the Naim Qube, which is Roon Ready and in about the same price bracket if I’m not mistaken.

Just curious, if you don’t play CDs or use the radio, why a table radio? Why not a Sonos speaker that’s Roon ready?

It’s got Apt-X built in

Even Ruark has but I don’t have any APTX because I own iOS mobile devices.

It unfortunately doesn’t take USB as an input, but it’s got like 3 5v ports

But how I will hide an entire Pi with it’s hat (it’s necessary also for this) inside its driver?

It’s a very good chooice and I am taking information, but it seem almost the same as Ruark.

Why not a Sonos speaker that’s Roon ready?

Because I thought (just thought) that the Ruark could have the best audio quality than any Sonos of its price range. But maybe I am wrong? Any direct experiences? Any particular model to tell?

But how I will hide an entire Pi with it’s hat (it’s necessary also for this) inside its driver?

The wood cover slips off, so there’s plenty of room in there… I don’t know how high the cavity is, which is more of the problem, or if someone makes a side by side pi/ audio hat case design for the HAT you’d like. If it was me, I’d get 8 standoffs, a cable, some blu-tack, and call it a day, but I’m a bit of a rube.

If you’re curious, the screenshot comes from their tutorial video. Which is in French, because they’re French, so why the hell would they bother with making a tutorial video in anything else but French, the whole world speaks French anyway, as all the French know, because French culture is so important to the world, and anywhere that doesn’t speak French (and most places who do, but are outside of France) is a reservoir of barbarian know-nothings not worth considering, anyway. 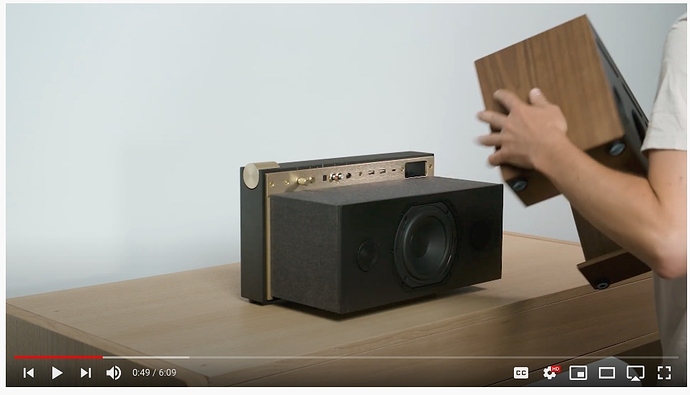 it seem almost the same as Ruark.

I don’t have a dog in this fight, but I think it comes from a bit of a different place / the priorities are a bit different in both cases. The display / protocols etc on the Ruark and Naim cost money, both in terms of parts and dev time, and, not to spread FUD, there’s also no guarantee that said protocols will be current by the end of the lifecycle of the device, or that the manufacturer will be able and/or willing to update it: a good example of this would be the Naim 1st gen Qb, which isn’t Roon Ready, while the 2nd, which has an identical form factor and was released 3 years later, is.

The French, on the other hand, chose to tilt the BOM towards the more “permanent” side of the scale (the inputs pretty much guarantee that you’ll never run out of ways to update the software part), and leave the impermanent part on the plate of the buyer.

You can read this as cynical (in the sense that it’s less dev costs for them, and thus possibly more profit), smart (in the sense that it ensures that the product has a longer lifecycle or that can use that left over dev money for higher quality parts), or a mix of both.

Sorry to appear pedantic, but strictly speaking I don’t think Sonos is Roon Ready (insofar as it does not directly support RAAT). In the more general sense it is a plug-in-and-go set-up so your suggestion is good.

I’ve never heard a Ruark. I do like the looks. It’s very clean in a retro sort of way. I have several Sonos speakers. They don’t have the fidelity and soundstage of my stereo rigs, but they sound about as good as I would expect for a portable speaker, which is essentially what the Ruark would be for you. And they provide exactly what you require without an extraneous tuner and CD player.

I think that after reading your advices I will avoid the Ruark device, I also remove from the list the Elac Z3 (which is purely mono).

The French device seem to be perfect to host the Pi, even if I will put the Pi above it (and not inside it, due to the high of the hat).

Now I am thinking between the French, the Sonos and the Bluesound (which isn’t clear if it’s or not a Roon ready device, or at least I understood that it should be “seen” from Roon).

Have you considered the Naim Mu-So Qb (2nd generation)? It’s Roon Ready and I think it covers your other requirements, though it’s a little more expensive than the Ruark R3 and perhaps the design and/or form factor may not be what you had in mind.

I’ve listened to one (fairly briefly) playing via Roon and thought it sounded very good - definitely a significant step up from Sonos - and I’m very tempted. Other than that I don’t have first-hand experience to share, though.

[ETA: I see @Xekomi mentioned the Qb earlier, sorry for the duplication.]

Have you considered the Naim Mu-So Qb (2nd generation)?

I’m going to check its size and if it’s really stereo or just mono (even If I’m looking for a speaker wifi, I really want something that “try” to be real stereo).

I will put the Pi above it (and not inside it, due to the high of the hat).

Get 8 standoffs and a ribbon cable and stuff the damn thing inside, a bit towards the front if you want to avoid seeing it when you put something else in there: you have a nice wooden case anyway, you don’t need an ugly one to put inside of it. 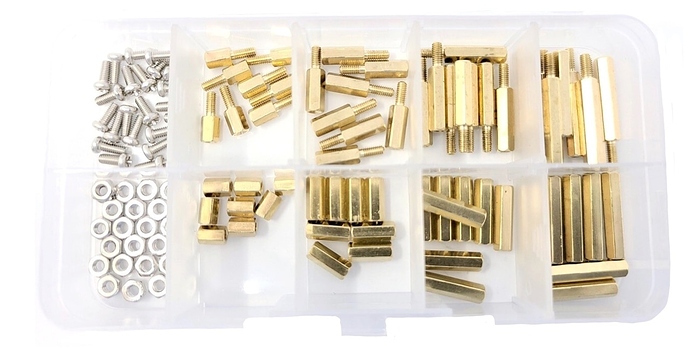 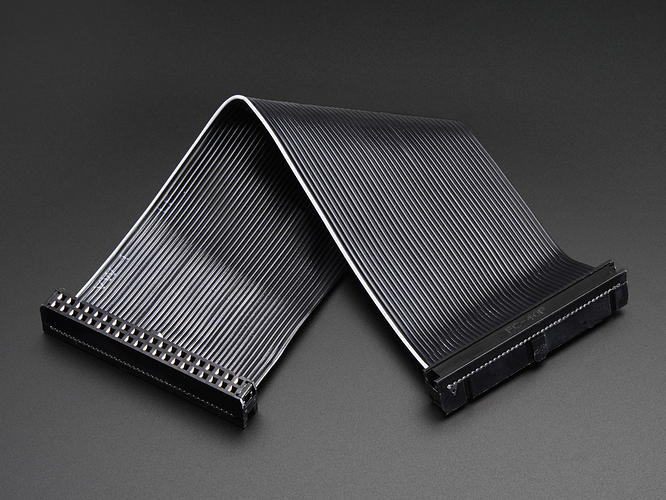 Then you mean to not use the case of Pi at all, buying the Pi and the hat and do not assemble them.

Putting them linked buy that cable inside the case of the speaker and connecting the cables (optical and USB supply) inside the speaker.

I understand fine? The only question is: how I will cool the cpu of the Pi if I won’t use the case?

I understand fine? The only question is: how I will cool the cpu of the Pi if I won’t use the case?

Yes, you understand fine. You’ll probably want to stabilise the feet, too, so blu-tack.

Regarding cooling, just put a small heatsink, no fan needed, on top of the Pi’s CPU, and it should be fine as long as all you’re doing is running Roon on it. If it isn’t, get a bigger heatsink, and if that isn’t enough, which is rather unlikely given the CPU’s workload, stick a very small and very silent fan in there: for example, Noctua’s 40x10mm 5v.

I don’t know how good (or bad) the DAC is, but there’s the Argon One with DAC - check with the manufacturer(s) what the size of that thing is and if it’ll fit in the drawer, then just add a Pi and an SD card, and if you want to run Ropieee, maybe check with @spockfish if it’s supported.