I have a specific task I would like to run and don’t know how to search for this in the KB. I’m happy to utilize an extant KB document if you can point me in that direction.

This thread describes what I’m attepting to do. I would like to search by the version field—in this case, MFSL albums that are in the same file subdirectory and have a {MFSL} style label pulled from the folder name (which populates to the visible version label). I might do the same with keywords like “vinyl,” “remaster,” or “mix.”

This screenshot shows the version, populated from its source folder name, as “2009 Stereo Mix.” 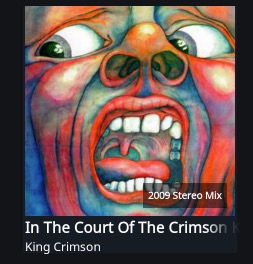 Search or Filter for all albums populated in the browser with “MFSL” in the label? (Greg’s post describes doing the same with other keywords.)

There is not a way to do this right now, so I moved this over to Feature Requests.

Search or Filter for all albums that reside in this subdirectory? If I could narrow down to albums stored in Master Folder > MFSL Albums, I could then apply a Filter-compatible label, and go from there.

It’s possible to filter tracks by path – if you tag all the tracks with MFSL in the path, you should be able to use that tag in the album browser to find all the albums that have tracks from that path.

I know that’s not exactly what you’re looking for – more of a workaround for the moment. We’ll keep an eye on this thread and we’ll absolutely think about doing more here in the future. Thanks for the request!

Thanks for the thorough response! I’m always excited to see community feedback considered for future versions.

We’ll keep an eye on this thread and we’ll absolutely think about doing more here in the future.

I want to see all my MFSL or MFSL Gold CDs (as well as DCC Gold, APO, Multi-channel, etc. so I am in the process of manually tagging these albums so I can use the TAG feature for views.

My folders are Album (MFSL Gold CD) or Album (MFSL Hybrid SACD), etc. so being able to do this automatically would be nice. 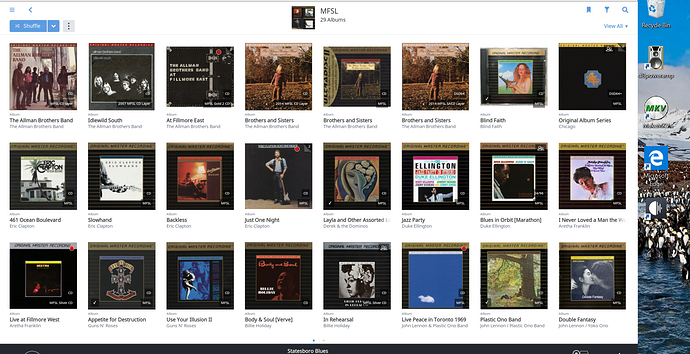 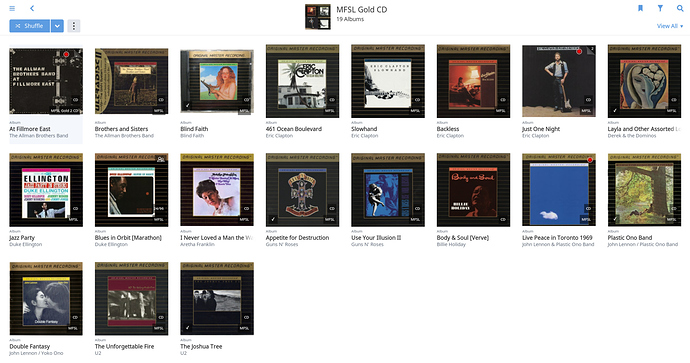 Configure Roon to prefer your metadata album titles [with version info included]. Or create customized Roon tags. Or do both. Either way, a search query on the specified version, such as “MFSL,” will produce all such albums. See example: 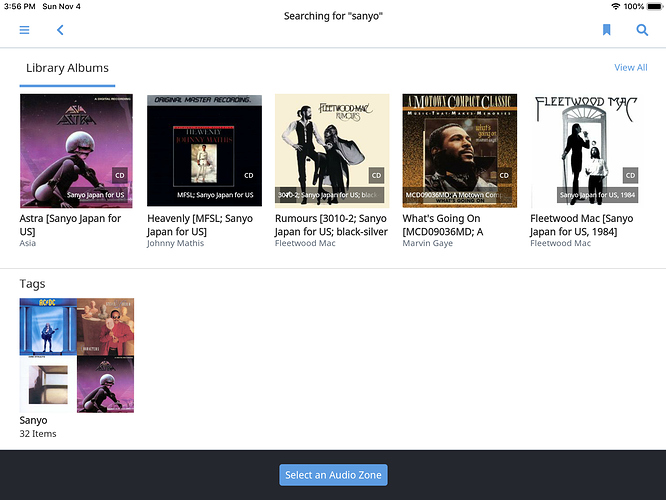 Am I understanding your format correctly?

When you have Roon identify the album version do you chose something close and then edit or are many of these specific versions not found and only using your meta data (i.e. no AMG album review)? i.e. when you click on Heavenly what do you see?

I am a bit confused on the identification. Roon saw my MFSL Silver Heavenly and used the regular CD version. When I went to chose MFSL I get the display below? Why does it give me errors? I could re-rip to make sure I indeed have the MFSL version. 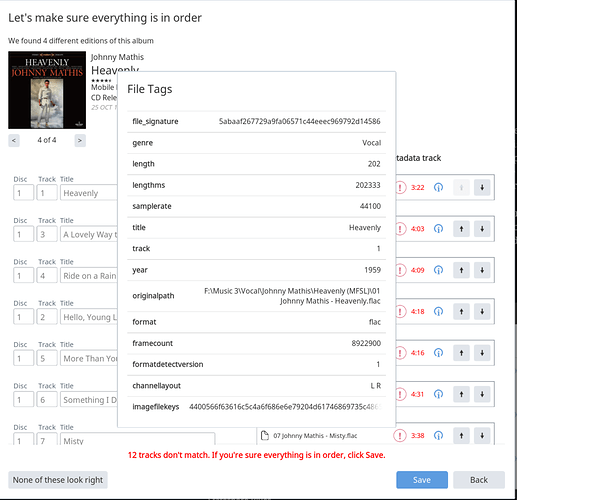 At the moment I have been using the closest ID match (trying to get the AMG review and other populated credits and then I manually edit the Mastering, label, catalog number and UPC (too much time).

The search helps speed my TAGGING 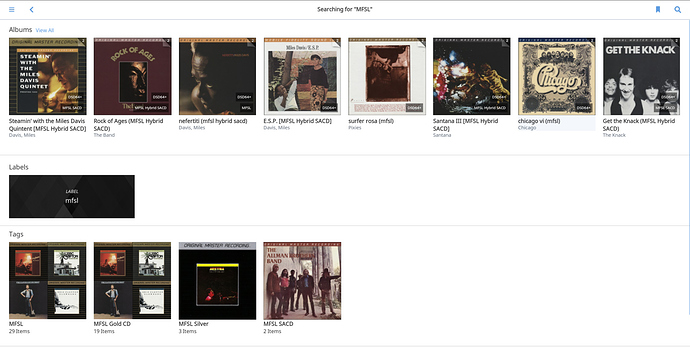 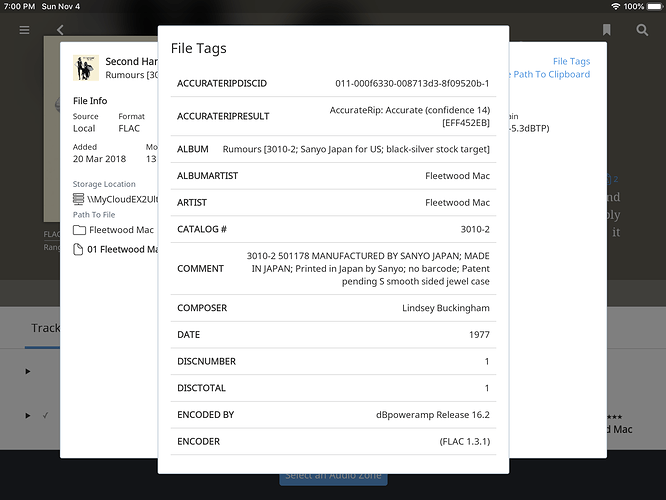 Ahhh. I see. I have to have Roon display my file tag with [version info] in order for the search on “Polar” to work 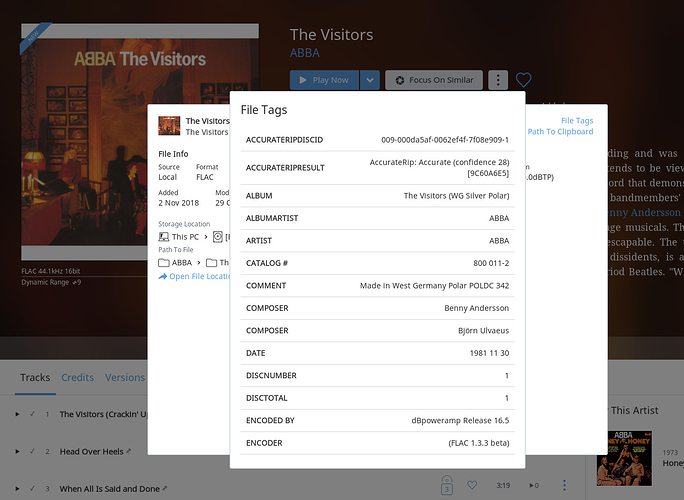 abba.jpg1248×912 214 KB
Using just the Roon album name as in pic one I can’t search but using my album file tag with version info the search works. 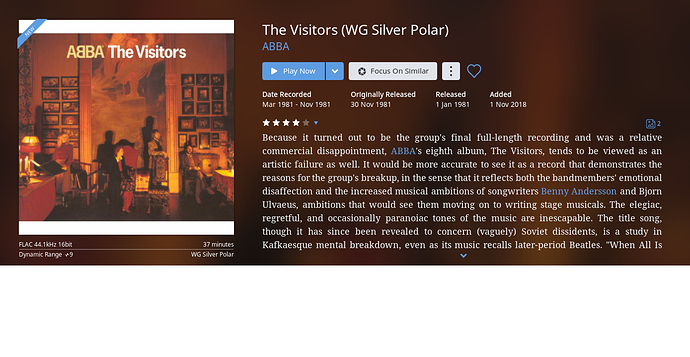